Nothing is going right for gold.

Many of the factors that drove gold to a record high seven years ago, including a frightening environment for stocks, a precarious U.S. dollar and fears over runaway inflation have reversed course and are now working against it.


Much of the weakness is due to the strengthening U.S. dollar, a lack of investment demand, the loss of its appeal as a safe haven investment and the rise of alternative currencies such as bitcoin.

But other intangibles are at work. Once considered a stalwart, even necessary part of anyone’s portfolio, gold has become passé in a sea of investment options. For younger investors, gold is simply uncool.

The ramifications of a weakening gold price go well beyond investors with exposure to gold bars or gold-backed exchange-traded funds.

Miners, many of whom have spent the best part of the past decade cleaning up their balance sheets, are now facing another great test. The falling bullion price is putting pressure on cash flow. Mines that were once economic may not be at the current gold price and companies with higher cost structures are feeling it the most. Barrick Gold Corp.’s US$1,200 gold price assumption – the price it bases investment decisions on – looked conservative at the start of the year when gold was trading at US$1,300. Now, it doesn’t look conservative enough.

A common refrain among gold bugs in the aftermath of the great financial crisis of 2008 and 2009 was that the next leg of the gold bull market would be driven by hyperinflation, fuelled by quantitative easing (printing money) from central banks that would cause the U.S. dollar to crash. But that doomsday scenario never panned out. Instead, inflation has remained largely in check in recent years and rising U.S. interest rates have helped push the U.S. dollar higher. A stronger greenback tends to exert downward pressure on gold prices, since the metal’s many non-U.S. buyers in places such as India and China are facing higher prices.

"[The U.S. Federal Reserve] erring on the side of tighter monetary policy is clearly detrimental to the gold market,” said Virginia-based Dennis Gartman, editor and publisher of the Gartman Letter, a financial newsletter targeted to institutional investors.

Perhaps an even more worrying trend for gold aficionados is the precious metal is no longer seen as the default haven investment when geopolitical tensions flare. In some ways, the world is as fragile now as it was in 2011, when gold hit an all-time high. Just this year, U.S. President Donald Trump threatened nuclear war with North Korea and, in recent months, a North American trade spat has degenerated into an all-out global trade war. Yet neither event has made much of an impact on gold.

“Ten years ago, if you were worried about geopolitical circumstances – recession, higher interest rates, inflation, deflation – the only place that you could go to ameliorate those fears and obviate those risks was the gold market,” Mr. Gartman said.

“But now you have myriad other places to go.”

Those options include thousands of exchange-traded funds (ETFs) covering all manner of asset classes, various futures and alternative virtual currencies such as bitcoin.

Gold also has a generational problem: Few people under the age of 40 care about it as an investment.

“Gold has no appeal to the millennials of the world. It’s completely off their radar screens,” Mr. Gartman said. “Fifteen, 20 per cent of the global investment universe that might have made its way into the gold market instead makes its way into cryptocurrencies.”

But it’s not just the younger crowd who are shunning gold. Many risk-tolerant investors have long since moved on to other, sexier sectors that have produced faster and higher returns. From U.S. technology stocks such as Apple Inc., whose market valuation recently hit a record US$1-trillion, to Canadian marijuana stocks, investors are increasingly looking elsewhere.

Gold demand in the first half of the year was the weakest since 2009, according to a report earlier this month by the World Gold Council. It showed second-quarter gold demand fell 4 per cent year-over-year because of weaker jewellery sales, particularly in India, sharply lower inflows into gold-backed ETFs and fewer bullion purchases by central banks.

Catherine Raw, Barrick Gold’s chief financial officer, believes the onus is now on the gold industry to turn things around.

“What are the ways that we can open gold up to new sources of demand to really bring back the bull market, for example, that was triggered by the rise of the gold ETF and the rise of central bank purchasing?” she said in a recent interview.

She says things that could revive the market would be increasing the use of apps that allow people to buy physical gold on their smartphones, harnessing blockchain technology to trace the origin of physical gold to assuage investors concerned about ethical mining (much like the diamond industry) and the adoption of digital gold, i.e. gold-backed cryptocurrencies.

In an interview, Juan Carlos Artigas, director of investment research with the World Gold Council, predicts increasing demand for gold jewellery, coins and bars in markets such as China, India, the Middle East and Turkey. He’s also bullish on electronic demand for gold, which currently makes up about 7 per cent of the overall gold market. But he doesn’t see anything imminent that will move the needle in a dramatic way.

More than anything, gold is in need of a big catalyst to get it moving again. But predicting when that might happen and what that catalyst might be isn’t easy.

David Baskin, whose eponymous Baskin Wealth Management in Toronto oversees $1.2-billion in assets for high net worth clients, has been around for all of gold’s big moves over the past 40 years. Its big swoon to US$850 in 1980, the subsequent crash in the mid-eighties, the moribund nineties, and the epic bull run from 2003 through 2011.

“It used to be every book you read said hold 10 per cent of your assets in gold. Well I never understood why and I never did that and it hasn’t hurt me,” he said.

Over time he says gold has been a poor investment choice for most investors. He’s never tried to time the gold market, which he says is nearly impossible. He doesn’t own any gold or gold mining stocks, and he can’t understand why anyone would actually invest in such a strange commodity.

“It doesn’t do anything. It doesn’t produce a dividend. In fact, it costs money to own it,” he said.

“Once it’s produced, it never goes away. So it’s one of the very few things whose supply is always increasing. Every ounce of gold that’s been produced is still out there somewhere. I don’t see its value as a financial asset. I really don’t.”

Yet it’s not hard to figure out why for thousands of years, some people have been drawn to gold. It’s undeniably beautiful. It doesn’t corrode, nor does it tarnish. It’s rare and incredibly dense. All the gold mined in human history can fit inside 21/2 Olympic-sized swimming pools.

But as unique as gold is, it’s also kind of useless. Apart from minor electronic demand and its use as a material for dental fillings, it has few industrial uses. If all of the gold in the world were to disappear tomorrow, arguably not that much would change. Certainly the impact would be significantly less than, say if oil dried up, or copper went away.

There are, of course, still die-hards in the gold industry, who believe that all fiat currencies are on borrowed time, and that the day of reckoning will come for the U.S. dollar eventually.

“I have in my purse – I carry it around to remind me – a ten-trillion-dollar Zimbabwe note,” said Ms. Raw. She believes that all floating currencies are inherently fallible, open to manipulation and vulnerable to inflation.

But few people believe the U.S. dollar is going to crash any time soon, or that its economy is headed for hyperinflation akin to what Zimbabwe has experienced.

In fact gold “bugs” who a decade ago proselytized that gold was sure to soon hit US$5,000, or even $10,000 an ounce, are losing their influence. Many moved on after the financial crisis failed to push gold to those vaunted levels.

“You would have thought that gold would have gone to the moon in late 2008 early 2009 when it looked like the world banking system was going to fail,” Mr. Baskin said.

“If ever there was an event that gold bugs would have loved, that was it. Fiat money is failing, the government can’t bail themselves out. That should have been the moment.”

But even at the height of the panic during the crisis, gold’s high was just north of US$1,000 an ounce – about $200 below the present-day price.

So what, if anything, could rouse gold now?

Mr. Gartman, who holds around 1.5 per cent of his portfolio in gold, believes it would take a prolonged stock-market correction, or an “egregious geopolitical event,” to get gold going again.

Deciphering even what’s going on in the gold market has always been more art than science. It has never traded like a traditional commodity, like crude oil or copper, whose price responds to supply and demand fundamentals. Gold has always moved in mysterious ways, and predicting where it might go next might be a fool’s errand. 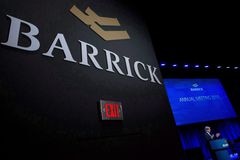 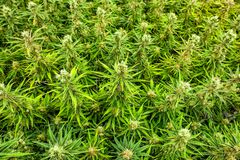