The passive investing boom has not been kind to stock pickers, but one form of active management continues to hold its own: low-volatility funds.

Investors have flocked to low-volatility strategies in recent years for their ability to reduce the level of risk in a portfolio, without having to sacrifice returns.

“Being careful has paid off,” said Jean Masson, a managing director at TD Asset Management who manages a number of low-volatility funds. “And it’s going to be like that for a while, I think.”

So successful have low-volatility strategies been in drawing investor money in recent years, that they could now represent more than half of all quantitatively managed assets in Canadian mutual funds and exchange-traded funds (ETFs), according to a recent CIBC World Markets report.

Theoretically, low-volatility investing shouldn’t work as well as it does.

The risk-reward tradeoff suggests that a lower potential return should be the cost of reducing volatility.

Low-volatility products flourished in the aftermath of the global financial crisis, offering battle-scarred investors a vehicle that could limit the losses of another market slide.

Dozens of ETFs and mutual funds with a variety of approaches to filtering out the most volatile stocks are now on the market.

While these funds have generally fulfilled their mandate in muting volatility, they have also generated superior performance in the process.

The BMO Low Volatility Canadian Equity ETF, for example, has returned an average of 13.6 per cent annually since its 2011 inception. Over that same period, the S&P/TSX Composite Index has posted an average total return of 6.6 per cent a year.

The Canadian market seems to be particularly hospitable to low-volatility investing, which might have something to do with the domestic stock market’s heavy concentration in resources.

“A common criticism of low-vol strategies is that they are really ‘sector avoidance’ strategies in disguise,” wrote Ian de Verteuil, head of portfolio strategy for CIBC World Markets.

Most of these funds carry a significant under-weighting in energy and materials stocks, by virtue of those sectors’ high volatility. The BMO ETF, for example, has a combined allocation in those two sectors of 6.4 per cent, compared with a 27.7-per-cent resource weighting in the S&P/TSX Composite Index.

And it just so happens that those two sectors have been the two worst performers in the Canadian stock market since BMO introduced its low-volatility ETF, with each having dropped in value by roughly one-third.

Meanwhile, most low-volatility portfolios end up being heavily invested in sectors considered to be rate-sensitive or defensive. That typically includes utilities, consumer staples, communications (which includes telecoms) and real estate sectors.

“You end up with is a highly concentrated sector-biased portfolio, which, by the way, has worked out very well,” said Mike Philbrick, president of ReSolve Asset Management.

Sectors that pay generous dividends, such as utilities and real estate, tend to do best when interest rates are low or declining. At those times, investors turn to equities for a better yield than can be found in the bond market.

“When we reverse course and interest rates start to rise, that highly concentrated sector bet is going to work against you,” Mr. Philbrick said. He said he prefers minimum-volatility strategies, which aim to reduce overall portfolio volatility, rather than simply weeding out the most volatile individual stocks.

Sector concentration, however, appears to be only part of the story. The CIBC report calculated that sector biases could explain only about half of the outperformance of its own low-volatility portfolio. And it found that a low-volatility approach employed within each sector could generate excess returns most of the time.

However, low volatility’s winning streak against the broader market won’t continue indefinitely, and isn’t what it’s designed to do, anyway, Mr. Masson said.

“These strategies are not magic. When times are really good in the equity market, low vol is expected to underperform. And if markets tank, we’ll tank less.” 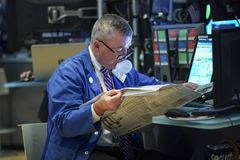