North American stock indexes closed at record highs Wednesday, as financial markets gained confidence that the coronavirus outbreak can be contained and a global pandemic averted.

But pockets of the Canadian market are still gripped with worry – several resource companies are nursing heavy losses, while companies closely tied to China are sitting out the relief rally.

Unprecedented travel restrictions and a vast industrial shutdown in place across affected regions will ultimately take a heavy toll on growth in China, which is the world’s largest consumer of some natural resources. The resulting decline in commodity prices has weighed heavily on several Canadian base metals and energy producers.

Companies that cater to the Chinese market specifically, such as Ballard Power Systems Inc. and Methanex Corp., are still facing double-digit pullbacks since the outbreak started making headlines around the world in mid-January.

Collectively, these are the Canadian sectors and stocks most likely to rebound on signs that the coronavirus is under control, or they will be the probable casualties of investor panic should the outbreak gain in intensity.

Magna International Inc. employs nearly 19,000 people through joint ventures in China and has two plants in Wuhan, a city of more than 11 million where the virus is thought to have originated and which is currently on lockdown. Canada’s other publicly traded auto-parts companies – Linamar Corp. and Martinrea International Inc. – also have multiple plants in China. All three stocks are down by between 3 per cent and 7 per cent since mid-January.

“In our view, end of February is critical,” said Joseph Spak, an analyst at RBC Dominion Securities. If shuttered factories start back up by then, the lost volume could probably be made up over the rest of the year, and the disruption to the global supply chain could be stopped.

“If it lasts longer, then auto will certainly be impacted, but that also means there are probably greater global growth/macro issues as well,” Mr. Spak said.

Dollarama, meanwhile, sources more than half its retail products from overseas, and most of that comes from China. The company has enough inventory to get it through a couple of quarters. But if the disruption to Chinese manufacturing lasts longer than that, Dollarama will have to look to other countries, Chris Li, an analyst at Desjardins Securities, said in a note.

Canadian Tire’s next big shipment period of fall and winter 2020 goods from China begins in late March/early April, giving the company some time to figure out how to “minimize inventory risk,” Mr. Li said.

Vancouver-based Methanex Corp., which is the world’s largest producer of methanol, is a natural fit for the Chinese market – the world’s largest methanol consumer. The chemical has a wide range of industrial applications, including as a cleaner-burning additive or alternative to gasoline.

China’s adoption of methanol as part of an effort to curb air pollution has established a key source of demand for Methanex, which has built a big Chinese presence in recent years. The company has one of the highest levels of exposure to the Chinese market of all stocks in the S&P/TSX Composite Index, according to data provided by FactSet.

“Coronavirus is a big unknown,” Methanex chief executive John Floren said in a call with investors last week. “It’s too early to forecast how this rapidly evolving situation will impact the global methanol industry in 2020.”

The slide in Methanex shares since the outbreak began hit more than 20 per cent by the end of last week, but a rally over the past two trading days has pared the losses.

Air Canada’s stock has also inched up so far this week, although it remains down by 8.6 per cent since Jan. 17.

“The stock's pullback on outbreak news already reflects one of our dire scenarios,” said Konark Gupta, an analyst at Scotia Capital.

That scenario assumes a suspension of flights between Canada and China, as well as Hong Kong, extending for more than three months, resulting in reduced demand for flights elsewhere, and an impact on bookings in the future.

Aside from the resource sectors, other Canadian companies with close ties to the Chinese market have seen their shares under pressure since the outbreak started commanding investor attention.

Ballard Power, which has a joint venture to make fuel cells for buses and commercial vehicles in China, is down by 10.6 per cent over roughly the past couple of weeks.

Manulife Financial Corp.’s segment in Asia is a strong contributor to the insurer’s bottom line, while Canada Goose Holdings Inc. recently opened stores in mainland China and Hong Kong. Both stocks are down by about 4 per cent since mid-January. 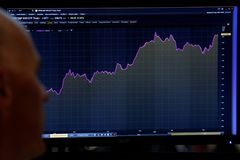 Analysis
Wednesday’s TSX breakouts: This growth stock is up 17% in 2020 with a further 45% gain forecast
Subscriber content
February 5, 2020 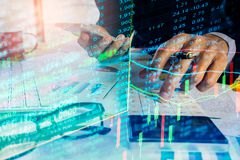 Market movers: Stocks that saw action on Wednesday - and why
Subscriber content
February 5, 2020 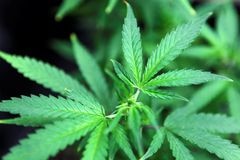 Coronavirus information
The Zero Canada Project provides resources to help you manage your health, your finances and your family life as Canada reopens.
Visit the hub
Follow Tim Shufelt on Twitter @tshufelt
Report an error Editorial code of conduct