So far, Wall Street is brushing off the anger that is exploding on U.S. streets. Don’t assume that will continue forever.

The protests began with legitimate outrage over racist police procedures. However, they now are venting a wider set of grievances, driven by the inequalities in U.S. society that the novel coronavirus has exposed.

There is the health and wealth gap between African-Americans and the rest of the population. Just as glaringly, there is the top-heavy distribution of wealth in general. That has been highlighted in recent weeks by the gap between those who have enjoyed work-at-home jobs during the lockdown and those who have lost their paycheques or their businesses.

All this creates fertile ground for political mayhem – especially when the U.S. has a president as unsavoury as Donald Trump.

So why are share prices ignoring this tumult and climbing higher? The nonchalance appears to stem from a questionable reading of market history.

In particular, it reflects the lessons of 1968, when riots and assassinations rocked U.S. society in the run-up to a presidential election. As cops and protesters clashed, Wall Street did just fine. The S&P 500, with dividends, returned 10.8 per cent in 1968.

The simple lesson appears to be that pandemonium in the streets doesn’t matter. Look more closely, though, and the lesson doesn’t seem so clear cut.

The double-digit gain in 1968 was the last hurrah of a tired bull market. Over the next 14 years, as inflation ripped and oil crises kneecapped the economy, the S&P 500 struggled to make any real progress.

Many people think the Great Depression was hell for investors. In fact, the 1970s were more devastating for portfolios. Between January, 1969, and January, 1983, the S&P 500 produced zero return for investors in after-inflation terms. (And, yes, those dismal results include dividends.)

Maybe the real lesson of 1968 isn’t that stock markets ignore social upheaval. Maybe it’s that violence in the streets has a way of foreshadowing deeper economic challenges.

Consider today’s situation: The current bullishness on Wall Street follows a straightforward line of reasoning. It assumes corporate earnings will rebound in 2021 and 2022 on the back of strong fiscal and monetary stimulus.

This is even more upbeat than it sounds because the discount rate on future corporate earnings – that is, the rate at which an investor has to mark down tomorrow’s forecast profits to arrive at their value today – has dropped next to zero because of rock-bottom interest rates. Viewed from the perspective of a money manager, a dollar of earnings a couple of years from now is now nearly as good as a dollar of earnings today.

Put low discount rates together with a benign outlook for a decent recovery in corporate profits and today’s rebounding share prices make sense.

They do, that is, if you ignore the broader picture.

U.S. economic growth has been unimpressive for the past decade. Yet share prices have soared over that period and now stand at levels that imply lacklustre future returns.

Some money managers, such as GMO LLC in Boston, say large U.S. stocks are primed to lose money over the next seven years. More mainstream views, such as those from BlackRock Inc. or AQR Capital Management, aren’t quite so downcast but still see U.S. stocks generating returns that are well below historical averages. Meanwhile, yields on government bonds have sunk to levels that imply they will lose money in real terms over the next decade and more.

For U.S. investors, this amounts to a nasty menu of alternatives. And it raises the question of what policy makers can do to spur faster economic growth to satisfy both protesters in the streets and investors at home.

The options are controversial. Massive fiscal stimulus that would drive government debt to Japanese-like levels? Dropping interest rates far below zero? Imposing a wealth tax on the rich to fuel more consumption by the less fortunate? Or simply printing large amounts of money to finance ambitious social programs, as Modern Monetary Theory enthusiasts would recommend?

2% is a great return right now, so stop trying to do better with your cash
Subscriber content
June 2, 2020 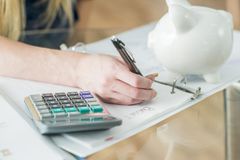 Market movers: Stocks that saw action on Tuesday - and why
Subscriber content
June 2, 2020 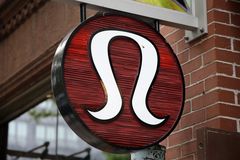 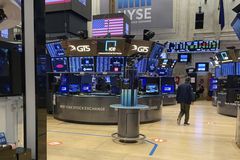