Meme-stock mania is back.

An assortment of questionable stocks hyped up by retail traders on social media are seeing extreme activity, with hundreds of millions of shares traded by the day and double-digit swings by the hour.

BlackBerry Ltd. is among the targets, with shares of the former smartphone giant rising by 57 per cent on the week. The other names at the centre of the craze include theatre operator AMC Entertainment Holdings Inc., retail chain Bed Bath & Beyond Inc., and video-game purveyor GameStop Corp.

AMC’s stock retreated by more than 20 per cent on the day, after the company issued 11.6 million new shares. This powerful reversal only erased a portion of the gains from the day before, however, when shares of AMC rose by 95 per cent.

In a regulatory filing for the new share issuance, AMC sent an unusual warning to its own investors. “Under the circumstances, we caution you against investing in our Class A common stock, unless you are prepared to incur the risk of losing all or a substantial portion of your investment,” the document said.

This episode is a replay of a phenomenon first witnessed last January, when meme stocks briefly became the biggest trend in the investing world.

Derivatives for the people: Amateurs shake up the arcane world of trading

In both circumstances, retail investors seized on out-of-favour stocks with a few things in common – struggling companies, with a certain legacy element to their business models, that were heavily shorted by big investors.

An army of small investors figured out it could put pressure on short sellers by taking positions in those names on a mass scale. There is a controversial element of co-ordination to this effort, with day traders communicating on social media and stock-market discussion boards, and choosing which stocks to take “to the moon.”

As a stock goes viral and the buying activity gains momentum, short sellers betting heavily against that particular stock start to rack up enormous paper losses. Eventually, many of them are forced to unwind those positions by buying back the underlying shares, thus adding to the buying pressure. This means more gains, which subsequently attracts more retail interest, and so on.

“The retail force behind this movement is still strong, so it is anyone’s guess how much larger this bubble can grow,” Edward Moya, senior market analyst at OANDA, said in a note.

Last time around, it was GameStop headlining the meme-stock movement. Having failed to adequately shift to online sales, the disrupted brick-and-mortar chain was an easy mark for short-selling hedge funds. Those bets took some big investors to the brink of collapse when the Reddit crowd helped push GameStop’s shares up by around 350 per cent in two trading days in January.

This time, AMC is leading the resurgence. The stock has more than quadrupled since late May. Even the company admits there is no fundamental basis for that kind of move, stating in its regulatory filing that it believes the volatility in its stock is “unrelated to our underlying business.”

At the same time, the company seems willing to capitalize on its irrational valuation to raise money, effectively improving its business and its prospects. It has even tapped its viral status by offering its “extraordinary base of enthusiastic and passionate individual shareholders” certain perks, starting with a free large popcorn at their first movie screening this summer.

“It’s crazy, but it’s kind of working,” said Jason Del Vicario, a portfolio manager at HollisWealth in Vancouver. “For AMC, you’re running movie theatres that have been closed for a year and a half, and now you can raise money at crazy prices.”

As for why the meme-stock sensation has suddenly reappeared, it seems as if the focus of investor speculation shifts around every couple of months, Mr. Del Vicario said. Earlier in the spring, cryptocurrencies captured the attention of the investing masses. Since then, however, the price of bitcoin has declined by about 40 per cent from its April peak.

“It seems like we’re rotating from one bubble to the next,” Mr. Del Vicario said. 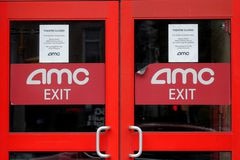 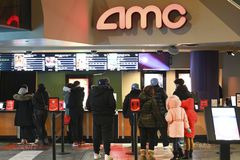 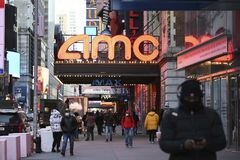