Investors may want to lower their expectations heading into 2020, particularly after the double-digital market gains in 2019, says Michele Robitaille, managing director of Canadian equities at Guardian Capital LP.

Ms. Robitaille, whose team manages about $2.6-billion in assets (the firm over all manages about $28.3-billion), expects markets to “grind slowly higher” in the year ahead amid a more cautious outlook from companies and investors.

Her flagship Guardian Equity Income Fund returned 18.9 per cent year to date as of Nov. 30, before fees (which vary depending on the client). That compares with a return of 22.3 per cent for the S&P/TSX Composite Index, including dividends, over the same period. The fund’s one-year return as of Nov. 30 is 12.9 per cent compared with 15.7 per cent for the S&P/TSX Composite Index. The fund’s average compound annual return over the past decade is 10 per cent.

The Globe recently spoke to Ms. Robitaille about her take on the markets and what she’s been buying and selling.

The biggest concern, which has faded a bit, is around when the next recession is going to be. Investors are concerned about how late we are in the business cycle and whether or not global economic growth can accelerate. There is also concern about whether we can reach a U.S.-China trade deal. The Phase 1 agreement is fairly benign with a very limited rollback of tariffs. That’s unlikely to spur any additional economic growth.

What are the chances of a recession in the near future, in your view?

There are few signs a recession is imminent … unless we get some sort of a shock. When we look at the U.S. economy, it does appear to be in reasonably good shape. The job numbers are strong and consumer confidence remains high – and consumers drive about 70 per cent of gross domestic product. The U.S. yield curve has become un-inverted – reversing one of the key signs that a recession was coming. That being said, the corporate outlook does look to be relatively weak. It’s hard to say if there will be enough business confidence to see a reacceleration of the capex [capital expenditure] cycle. With that backdrop and already relatively high multiples in the markets, our view is that the markets will continue to grind slowly higher.

What are you buying in this market?

Pembina Pipeline Corp. is a stock we’ve been adding more of. There has been an overhang on the stock after the [$4.3-billion deal announced in August] to buy Canadian assets from Kinder Morgan Inc. As part of that deal, Kinder Morgan in the U.S. took a chunk of Pembina stock. Pembina is trading at about 10.5 times EV/EBITDA [which compares enterprise value with earnings before interest, taxes, depreciation and amortization], which is well below its average and below where Enbridge Inc. and TC Energy Corp. are trading, so I think it represents a good opportunity. There wasn’t a ton of accretion out of the Kinder Morgan deal, but I think it did provide strategic value.

We’ve also been adding Brookfield Infrastructure Partners. We really like the growth trajectory of the company. It’s targeting earnings growth in the 7- to 10-per-cent range annually. We think it’s very achievable through both organic growth and mergers and acquisitions, paid for primarily by the recycling of existing assets so limited funding is needed.

We have been trimming our position in Brookfield Renewable Partners, one of the partner companies of Brookfield Infrastructure. The shares are up more than 70 per cent year to date. The valuation is quite stretched right now amid the trend toward ESG [environmental, social and governance] investing. The company is one of the few renewable plays [in Canada]. We continue to like the business, but felt it was time to take some profits. We aren’t selling the stock outright.

How has ESG investing evolved in recent months, in your view?

Our view is that ESG is not a fad. It’s definitely a trend that’s here to stay. We’ve seen a very marked increase in focus on ESG factors, both from our investors and on the company side in terms of improvements in disclosure. The shift has been dramatic over the past six to 12 months. In North America, we are still probably about a decade behind Europe. Companies are starting to getting pressure from all sides, not just environmental groups. It has shifted from the periphery to the mainstream. Companies are being forced to address it. It has become table stakes for everyone.

Name a stock you wish you bought or didn’t sell so soon.

Thomson Reuters Corp. We sold it at the end of 2018 after the company sold its 55-per-cent majority stake in its financial and risk unit to Blackstone Group in October of last year [keeping the other 45 per cent]. Our view and the consensus view was that, while it would take time to surface, there was an upside to the business that the company was giving up. Although management was confident that the remaining businesses would generate solid organic growth, there was limited evidence to support that thesis. The stock had already had a good run and so we moved out in the high-$50 range. Here we are at $95 today.

These are the Investor Clinic annual quiz questions that stumped readers
December 27, 2019 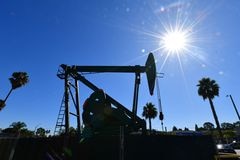 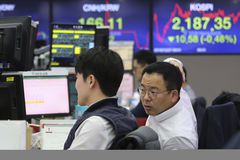