When the billionaire money manager Ken Fisher shocked a closed-door conference of financial professionals in San Francisco earlier this month with lewd comments, he unleashed a storm of controversy – one that small investors may want to follow, not just for its scandalous appeal, but for what it says about the investment business in general.

Mr. Fisher said winning a client’s trust is a lot “like going up to a girl in a bar” and then expanded on the analogy from there, according to CNBC and Bloomberg. He has since apologized for what he acknowledges is “language [that] has no place in our company or industry,” but clients ranging from the New Hampshire Retirement System to Fidelity Investments have yanked more than US$2-billion from Mr. Fisher’s namesake company in recent days.

These clients are apparently surprised to discover that Mr. Fisher is capable of bad judgment. Ordinary investors may be just as disturbed by what his comments imply about the money-management business in general.

It’s an industry that, in one way or another, is trying to seduce you – just as Mr. Fisher says. The key to arriving at a mature relationship is seeing through the patter. Every fund company can trot out attractive, well-educated people with well-researched insights about the market. But you should look beyond the superficial charm.

More often than not, this will result in disappointment. The performance of most actively managed funds consistently lags passive market benchmarks, especially as you look at longer periods. In Canada, more than nine in every 10 funds underperformed their respective benchmarks over the 10 years to the end of 2018, according to S&P Dow Jones Indices.

In the United States, similar long-term trends hold true. Even the endowments of Ivy League universities, managed by teams of highly paid professionals, have failed to keep pace with a simple 60/40 portfolio of 60 per cent U.S. stocks and 40 per cent U.S. bonds over the past decade, according to research firm Markov Processes International.

One simple lesson to take away from this is that indexing should be the default strategy for most small investors. Unless you have a strong view of where the market is going next, or a compelling reason to believe in a specific money manager, putting money into a low-cost, widely diversified index fund makes sense. No, it’s not going to work all the time – no investing strategy does – but it is hard to shrug off the long-term evidence of superior performance.

If you do decide to invest in an actively managed fund, you should keep in mind exactly what you’re betting on. A good guide to reasonable expectations is the most recent investors’ letter from John Huber at Saber Capital Management LLC in Raleigh, N.C. Mr. Huber, who has a devoted following in the value-investing world, runs a firm modelled on Warren Buffett’s original investment partnership: It holds a highly concentrated portfolio of businesses he strongly believes in.

In his letter, Mr. Huber says he is often asked what his edge, or advantage, is. “Institutional investors seem especially interested in this question, and the edge that they are almost always looking for is some form of informational edge or insight that the rest of the market isn’t aware of,” he writes.

The problem, Mr. Huber says, is that such edges don’t exist any more. Oceans of financial and corporate information are available to any professional investor. Legions of professionals pore over that data, looking for reasons to buy or sell. Nobody knows more than anyone else – at least, not legally. “I’ve observed over the years that whatever information an investor believes to be unique is almost always understood by many other market participants, and thus is not valuable,” he says.

The only sustainable edge, Mr. Huber argues, is maintaining a different time horizon than the overall market. Much of the money-management industry is focused on generating short-term results. If an investor is prepared to put up with bad patches, it is still possible to beat the market over the long term. “The price of gaining this edge is the volatility that could occur in the short term,” he writes. “You have to be willing to accept the possibility your stock will go down before it goes up.”

This seems reasonable. However, there are two issues to ponder. One is that you won’t know if you’re right for some time. The other is that active management is usually sold on the basis that it can reduce volatility, not amplify it. If you’re prepared to put up with that volatility and uncertainty, active management may be for you. Otherwise, you might want to spend a few minutes pondering Mr. Fisher’s analogy. 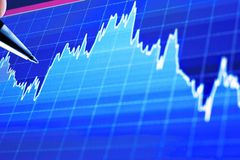 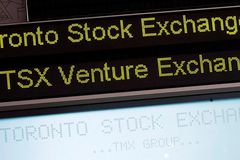 Market movers: Stocks that saw action on Wednesday - and why Subscriber content
October 23, 2019 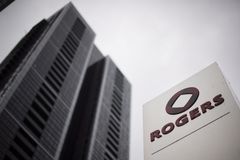