In case you had any doubts, yes, it is crazy out there.

The truly crazy thing, though? Similar clusters of mass lunacy crop up every few years, with metronome-like regularity. Sometimes these collective illusions are financial in nature; sometimes religious.

As Mr. Bernstein points out, few people would agree to shell out $2 for a ticket that has an equal chance of paying $3 or nothing. We can all see that the average reward we can expect from this proposition is $1.50, which is less than the $2 purchase price, so why would we play this silly game?

But supersize the reward and everything changes. Plenty of folks are happy to buy a $2 ticket that has a one-in-two-million chance of winning a $3-million jackpot.

Surprisingly, the underlying math of this bet is just the same as in the first example. On average, the payout per $2 ticket is still just $1.50. In aggregate, the bet remains a money loser. But the huge size of the prize overwhelms our better judgment. The prospect – remote, but possible – of instant wealth delivers an emotional wallop that transforms a bad deal into a tempting proposition.

Our addiction to “positively skewed outcomes,” as get-rich-quick schemes are known in the unlovely language of behavioural economists, helps drive most financial manias.

In one chapter, Mr. Bernstein describes how the chance to make a fast fortune overwhelmed prudence in 18th-century England. Hordes of savers stampeded to put money into the newly formed South Sea Company, lured by the tantalizing possibility of sudden, enormous wealth.

The eager shareholders brushed past obvious warning signs. They never stopped to wonder, for instance, about why they were pouring their wealth into an English company that supposedly derived its enormous value from a “monopoly on trade with South America despite the fact that Spain and Portugal controlled the continent and that nary one of the company’s board had experience with the Spanish-American trade.”

Three centuries later, the South Sea bubble seems nearly comical but, really, who are we to sneer? The dot-com mania in the 1990s, the U.S. housing bubble of the early 2000s and the great Canadian cannabis smoke-up of 2018 demonstrate that investors are still suckers for good stories. Maybe, just maybe, the current fascination with Canadian real estate and anything on a blockchain will end similarly.

Mr. Bernstein is well equipped to explore manias from scientific and financial perspectives. He holds a PhD in chemistry and an MD, and was a practising neurologist before discovering an interest in finance. Over the past two decades, he has written a shelf of books on investing, economic history and personal finance. They are remarkably erudite and also unusually plain spoken.

His latest book pays homage to a 19th-century classic, Charles Mackay’s Memoirs of Extraordinary Popular Delusions and the Madness of Crowds. Mr. Bernstein’s riff on the same theme argues that physiology and evolution predispose us to outbursts of collective irrationality.

Market-oriented readers may not revel in Mr. Bernstein’s extensive forays into the history of cults and heresies – his love of detail can get tedious – but his exploration of investment bubbles offers up many charming reminders of just how absurd boom times can get.

Remember the Beardstown Ladies, the investing club of small-town Illinois women who were touted as market beaters a generation ago, but whose supposedly superb performance was later found to be the result of a math error? Or Dow 36,000, the 1999 best seller that predicted the market was on the verge of quadrupling in value when Wall Street was actually on the brink of crashing? Or the Enron scandal and its crew of self-righteous con artists? They can all be found in Mr. Bernstein’s pages.

If there is one common theme to the manias he describes, it is that humans are not so much rational animals as rationalizing ones. Intelligent people are extraordinarily skilled at finding reasons to support their prejudices. All of us are adept at spotting patterns that appear to support our beliefs – an observation that holds true whether you are a 16th-century Anabaptist heretic or a 21st-century collector of non-fungible tokens.

Rewiring our neural circuitry is difficult. Mr. Bernstein notes that Charles Mackay, who literally wrote the book on financial bubbles, remained a gullible booster when it came to the mania for railway stocks that swept Britain in the mid-19th century.

Perhaps the best thing that smart investors can do to protect themselves is to go on high alert when they spot the conditions that often lead to bubbles – “exciting new technologies, the loosening of credit, amnesia and the abandonment of time-tested financial analysis.”

If we do fall in love with an investment opportunity, we can remind ourselves to be on the lookout for contrary evidence. We all suffer from confirmation bias – the tendency to look for evidence that supports our opinions. Few people hunt for facts that could disprove their cherished beliefs.

One helpful habit is to assign probabilities to our beliefs – if nothing else, this helps us avoid seeing things as black-and-white propositions. Another potential mental aid is to write out the conditions that would cause us to change our minds about an investment.

No matter what we do, though, financial bubbles are unlikely to disappear any time soon. Mr. Bernstein’s new book demonstrates the staying power of mass delusions. So does today’s market.

How one of the most influential investors of our era manages his portfolio
Subscriber content
February 13, 2019 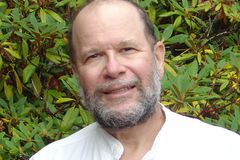 Why profit margins could unexpectedly impress investors, the two oversold stocks on the TSX, and the outlook turns brighter for oil
Subscriber content
February 15, 2019 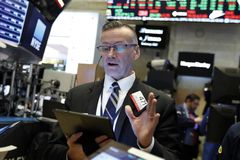 Analysis
Three concerns affecting markets and investors
May 5, 2017
Follow Ian McGugan on Twitter @IanMcGugan
Report an error Editorial code of conduct
Due to technical reasons, we have temporarily removed commenting from our articles. We hope to have this fixed soon. Thank you for your patience. If you are looking to give feedback on our new site, please send it along to feedback@globeandmail.com. If you want to write a letter to the editor, please forward to letters@globeandmail.com.
Comments