Tim ShufeltInvestment Reporter
Published May 2, 2019 Updated May 3, 2019
For Subscribers

More than 75 per cent of active Canadian funds failed to beat equity benchmarks in 2018, according to new data from S&P Dow Jones Indices, undermining the idea that a sell-off is the stock picker’s time to shine.

Percentage of Funds Beating the Index

“Volatility doesn’t make it easier to beat the market, especially year in, year out,” said Dan Hallett, vice-president and principal with HighView Financial Group, calling the common argument the “myth of the stock picker’s market.”

Once again, the data show that for a big majority of Canadian mutual funds, fees paid by investors more than offset fund manager performance in 2018.

For 2018, the proportion of Canadian funds that came out ahead of their benchmarks range from a low of 20 per cent for Canadian small- and mid-cap equity, to a high of 44 per cent for equities representing Europe and the Asia Pacific region.

In other words, in no category did a majority of active managers prove capable of beating the market, after fees.

The long-term track record is even worse. More than nine out of 10 Canadian equity funds fell short of their benchmark over a 10-year period, the SPIVA report said.

The bull market in equities has not been kind to active management.

The S&P 500 index, for example, has been on the rise, with relatively few interruptions, for a full decade. A handful of giant technology names, such as the much-vaunted FAANG stocks (Facebook Inc., Amazon Inc., Apple Inc., Netflix Inc. and Google parent Alphabet Inc.), have provided much of the fuel for the market as a whole, making it an especially tough market to beat.

That challenge bears out in SPIVA figures, which show just 2.6 per cent of U.S. equity funds based in Canada outperforming the S&P 500 over the past 10 years.

Many stock pickers suggest their expertise will truly prove its worth in a serious market downturn, when active management might help minimize the losses to investors.

Most active funds failed to do that last year, however, when the S&P/TSX Composite Index had its worst calendar year since 2008, with a decline of 11.6 per cent.

“Active managers sell the dream of outperformance, not the reality – not after fees, anyway,” said Terry Shaunessy, president of Shaunessy Investment Counsel.

The mutual fund industry, meanwhile, has consistently argued that the SPIVA comparisons are unfair. Fund performance in the report is calculated net of fees, and is measured up against the returns of benchmarks without fees, rather than an investable alternative.

“When you compare a broad cross section of thousands of funds charging an average of about 2 per cent per year, you’re never going to see a majority of those outperform a costless theoretical benchmark,” Mr. Hallett said.

The main issue for investors emphasized by the report is not that stock pickers lack skill, but that fund fees tend to dilute that skill. Relatively high fees make the majority of funds “not worth investing in,” Mr. Hallett said.

If that’s true, Canadian investors have been slow to catch on.

Despite a global shift from higher-cost active management to cheaper indexing, most Canadian investors remain loyal to stock-picking strategies.

Excluding money market funds, Canadians had $1.12-trillion invested in mutual funds and exchange-traded funds at the end of last year, with 88.5 per cent of that money dedicated to active funds, according to a recent PWL Capital report based on Morningstar data.

In the United States, on the other hand, active funds’ total share of the market has shrunk to 63 per cent, with the flow of assets into passive funds outpacing flows into active funds for the past eight years’ straight.

Many Canadian investors would be better served by lower-cost, broad-market exposure, Mr. Shaunessy said, pointing out the recent introduction of balanced ETFs that offer a complete portfolio in a single trade, with MERs of 0.25 per cent or less.

“People can save themselves a lot of money.”

Why this investor should sell mutual funds and buy GICs Subscriber content
May 3, 2019 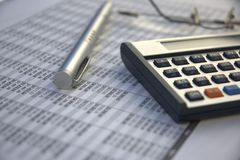 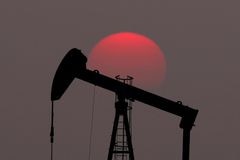 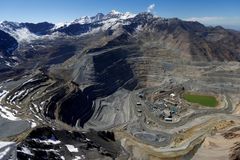