Morgan Stanley strategists and economists correctly forecast the sustainability of the post-March market rallies, and if their next prediction is right, it means wholesale changes in market leadership that favour Canadian stocks.

Chetan Ahya is the Wall Street firm’s chief economist and author of a research report this week titled A Structural Shift in Inflation Dynamics. He is also one of the few prominent analysts predicting rising inflation pressure that will be reflected in higher long-term bond yields.

Market history tells us that rising long-term inflation expectations, and thus bond yields, are associated with outperformance by banks, materials and industrial stocks at the expense of growth-oriented technology companies. This is the reverse of current market trends.

Mr. Ahya lists four reasons to expect inflation. The first is that, unlike the aftermath of the 2008-09 global financial crisis, U.S. corporate and personal balance sheets are relatively healthy. So, this time there won’t be a prolonged period of deleveraging. The economy should spring back more quickly as a result.

Morgan Stanley also notes that government policy in the United States and elsewhere has been “timely, sizeable and co-ordinated, [including] both monetary and fiscal easing.” The extensive fiscal spending that put money directly into consumers’ pockets – and is expected to continue doing so – will result in higher prices, in Mr. Ahya’s view.

Trade protectionism that spreads to technology companies is the third reason to expect inflation pressure. New U.S. regulations that crimp the deflationary effects of offshoring to low-wage countries will contribute to higher prices and bond yields.

Central banks are also “doubling down” on inflation targets, according to Mr. Ahya – keeping their feet on the monetary gas pedal until full employment is reached. This increases the risk of an overshoot during which inflation rates eventually exceed the central bankers’ 2-per-cent targets. 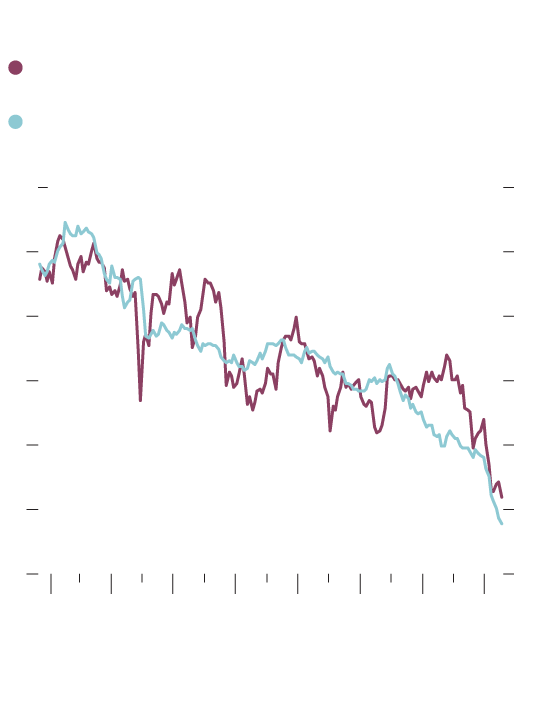 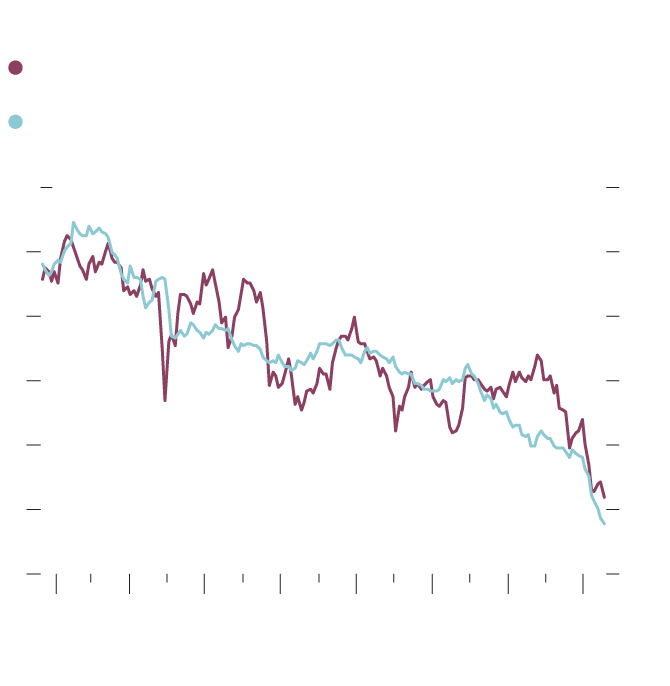 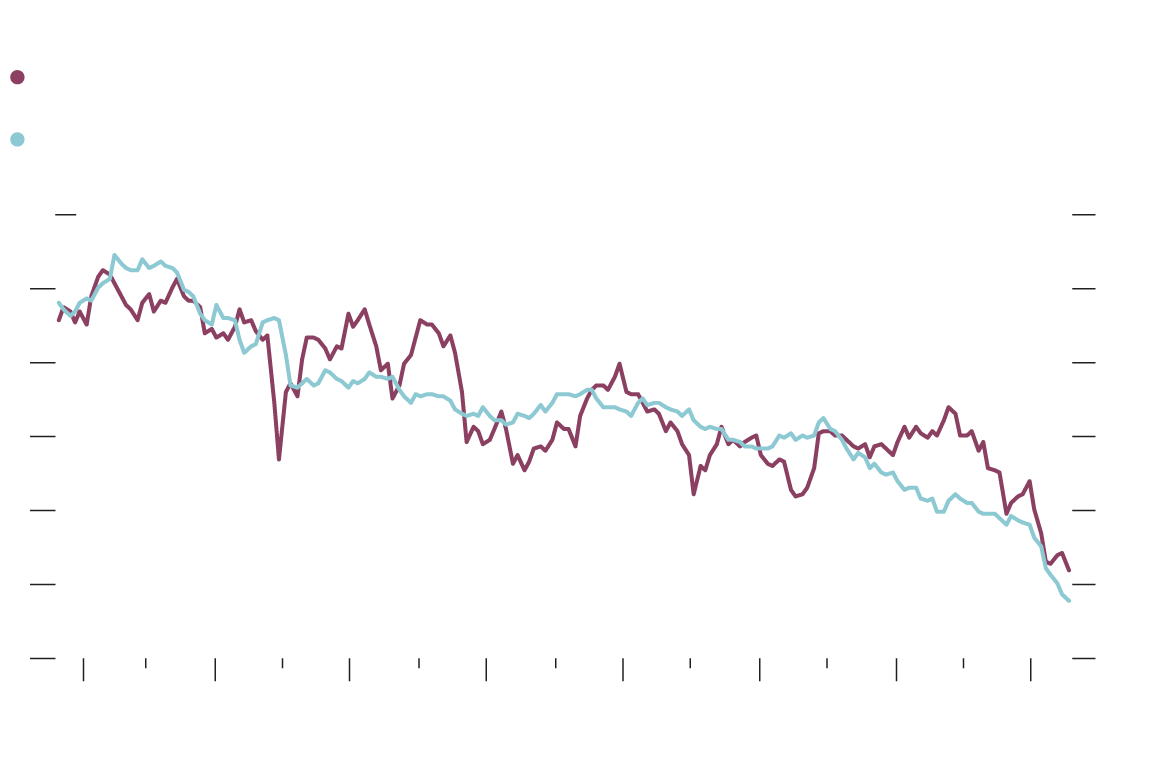 The accompanying chart summarizes the likely effects of higher long-term bond yields on equity market leadership. The red-coloured line represents the U.S. 30-year bond yield. The blue-coloured line represents the relative performance of the Russell 1000 Value Index and the Russell 1000 Growth Index – I simply divided the price of the value index by the price of the growth index.

The falling blue-coloured line over the past 15 years indicates the prolonged slump for the value-investing style that accompanied the fall in bond yields. A closer look at the holdings of the growth index explains why. The five largest stocks in the index are Apple Inc., Microsoft Corp., Amazon.com Inc., Facebook Inc. and Alphabet Inc., Google’s parent. In other words, a who’s who of the tech stocks that have come to dominate their benchmarks through strong returns.

The largest sector weighting for the value index is financial services. Materials and energy stocks also combine for significant influence on index returns. And industrial companies are heavily represented in the producer durables weighting, which is the third-largest in the index.

Mr. Ahya’s colleague, chief U.S. equity strategist Michael Wilson, says the value sectors are about to assume market leadership. In the same way that the growth index outperformed as 30-year bond yields declined, he says he believes the value index will outperform as yields rise.

In a separate report this week, Mr. Wilson cited financial services, industrials and materials as three of his four overweight equity sectors (along with health care). Importantly for Canadians, those three sectors combined make up much more than 50 per cent of the S&P/TSX Composite Index, so domestic stocks will almost certainly outperform U.S. equities if Morgan Stanley’s outlook is accurate.

There’s no need for investors to immediately readjust their portfolios to account for Mr. Ahya and Mr. Wilson’s conclusions – we’ve had false starts for value stock outperformance before. The link between value stocks and long bond yields is, however, extremely important. By following bond yields, and then verifying whether value stocks track them higher, investors can get a head start on the new trend as it arises.