Market volatility over the past six weeks has created some head-spinning ups and downs for stocks. But corporate bonds are having their moments, too, as investors fret over the extent of the economic downturn.

This uncertainty has hammered even investment-grade bonds, an area where one of Canada’s biggest fixed income investors sees a compelling opportunity to grab equity-like returns without assuming huge risks.

If valuations are weighed down in a post-COVID-19 world, “one could argue that you might have 10- or 15-per-cent returns in the stock market over the next year," said Hanif Mamdani, the long-time lead manager of the PH&N High Yield Bond Fund.

“You can make that, and perhaps more, buying the senior debt instruments of good companies right now,” he added in an interview.

A bond investor talking up the potential for bonds might not immediately sound like a reason to sit up and take notice. But Mr. Mamdani’s case is persuasive for a few reasons.

His fund’s size, $4.8-billion in assets under management at the end of February, means that it has influence. Its long-term track record is impressive: The fund has beaten Canadian stocks, as represented by the S&P/TSX Composite Index, over the past 10 years and this year-to-date (even with dividends included).

And arguably the strongest reason to pay attention: Many investors are now waking up to the benefits of fixed income assets. Even though bonds are down this year, they’ve provided a buffer against faster plummeting stocks.

This buffer is now cheap, with yields that look particularly attractive compared with government bonds.

About 73 per cent of the fund’s bond assets are below investment grade; these junk bonds can be risky. Mr. Mamdani says he believes that investment-grade bonds offer a better deal right now.

He pointed out that when the novel coronavirus pandemic hit markets in February and March, even the fund’s investment-grade bonds with terms of less than five years – relatively safe bets – were caught in the carnage as institutional investors liquidated assets to raise cash.

As a result of the selloff, the difference between the yields on some of these corporate bonds and ultrasafe government bonds widened by about three percentage points, even as the U.S. Federal Reserve stepped in to support credit markets and avoid a full-on financial crisis.

“That seems like a very big change for what are ostensibly very solid companies,” Mr. Mamdani said.

This is part of a broader trend. According to Dave Sekera, managing director at DBRS Morningstar, the average spread of the Morningstar Corporate Bond Index widened by as much as 282 basis points in March, to more than 400 basis points over Treasury bonds with comparable maturities (there are 100 basis points in a percentage point).

Here’s an example of what Mr. Mamdani talking about. The fund – which has opened its doors to new investors for the first time since June, 2019, giving it extra firepower to take advantage of beaten-up bonds – owns a bond issued by Cominar Real Estate Investment Trust that will mature in a little more than three months.

The REIT, which owns office, industrial and retail properties in Montreal, Quebec City and Ottawa, has been hit hard along with much of the rest of its sector out of concerns over rent payments and job losses.

Mr. Mamdani expects that Cominar will have no difficulty meeting its near-term debt obligations, yet the yield on the bond widened as much as four percentage points over Government of Canada bonds last week.

“There’s not a whole lot of doubt that you’re going to get repaid at par. But where you were earning 100 or 125 basis points over Government of Canada bonds before, you’re now able to earn 400 basis points,” he said.

He sees similarly good opportunities in the telecom sector, where yield spreads have also widened substantially, even though the demand for internet connections and smart phones remains strong. He pointed specifically to BCE and T-Mobile.

“Companies that have enough cash on their balance sheets, dedicated bank lines that are air-tight, that can see through to the other side maybe a year from now, and have businesses that will be solid in a post-COVID world – those are companies to focus on,” Mr. Mamdani said. 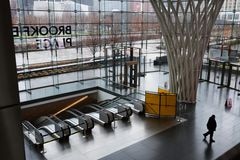 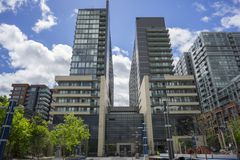 Market movers: Stocks that saw action on Wednesday - and why
Subscriber content
April 8, 2020 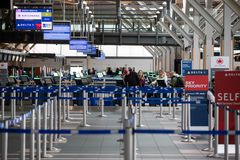