The U.S. housing market sent troubling signals toward the end of 2018, walloping companies with direct ties to the home-building sector, but also creating some great buying opportunities for anyone who likes beaten-up stocks.

Norbord Inc. is a name to watch here. The Toronto-based company, which makes oriented strand board (OSB) used in home construction, has a particularly volatile relationship to U.S. housing numbers: The share price fell nearly 45 per cent between June and October, 2018, and has been coasting along two-year lows for most of the past four months.

The downturn followed rising borrowing costs in the United States, as the Federal Reserve raised its key interest rate steadily in 2018 amid inflationary pressures and strong economic activity. The yield on the U.S. 10-year Treasury bond rose above 3 per cent in April, 2018, for the first time since 2013, and headed as high as 3.24 per cent in November.

At the same time, home-building activity began to deteriorate. U.S. housing starts, which indicates the number of homes where construction has begun, fell an alarming 11.4 per cent in June from the previous month.

By December, U.S. housing starts had fallen to their lowest level in more than two years. And the decline for fourth quarter marked the third consecutive quarterly decline in starts, a losing streak not seen in eight years, according to National Bank Financial.

Amid this kind of faltering demand, it’s no wonder prices for home-building materials were hit hard. OSB prices fell 50 per cent from peaks in the springtime to November, according to RBC Dominion Securities, and lumber prices also declined.

As a result, Norbord’s fourth-quarter results justified the company’s falling share price: Revenue for the quarter ended Dec. 31 fell 15.9 per cent year-over-year. And the company reported a loss of US$28-million, or 32 US cents a share, compared with a profit of US$160-million, or US$1.85, in the fourth quarter of 2017.

So why stick your neck out now?

Just maybe, the worst is over for the U.S. housing market as the Fed eases up on interest rate hikes and borrowing costs stabilize.

Jocelyn Paquet, an economist at National Bank Financial, pointed out in a note last week that U.S. residential building permits over the past three months have exceeded the number of housing starts at a difference not seen in more than 10 years, suggesting that the pipeline for housing construction is robust.

“Sooner or later, home builders will have to address this lengthening pipeline and ramp up construction,” Ms. Paquet said in her note.

She added that the National Association of Home Builders market index, which gauges confidence among U.S. home builders, rebounded in January and February from a three-and-a-half year low in December.

Ms. Paquet’s optimism isn’t particularly unusual, either. Capital Economics, which, incidentally, is forecasting a U.S. economic slowdown, believes that new home sales – still down 25 per cent from their peak before the housing-led financial crisis – are being supported by a near-record low inventory of unsold homes.

For what it’s worth, Norbord executives also sound upbeat. In a conference call with analysts following the release of fourth-quarter results on Feb. 1, Peter Wijnbergen, the company’s chief executive officer, said: “Looking ahead, we continue to share the view of U.S. housing experts that the industry is experiencing a temporary pause rather than a directional shift.”

He pointed to solid wage growth and low unemployment.

Investors aren’t buying into this upbeat view yet. While Norbord’s share price is up about 9 per cent from its recent low in October, it is nearly 40 below its high in June. Other companies exposed to U.S. housing are also struggling. The share price of West Fraser Timber Co. Ltd., the Vancouver-based lumber producer, is down nearly 34 per cent since June.

The downside to investing in Norbord seems limited. There’s no indication that the U.S. economy is facing a severe downturn, and the company has diversified into European sales and manufacturing OSB for other purposes, such as furniture. And if concerns about the U.S. housing market continue to fade, Norbord’s rebound could be impressive. 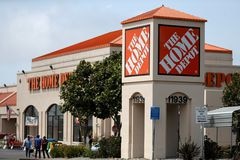 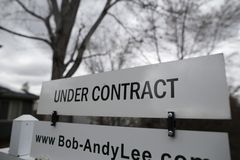 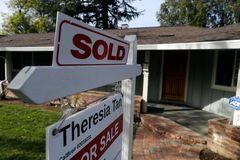