Executives at Northland Power Inc. have made one thing clear: They are betting the company’s future on offshore wind power, and they are looking to grow beyond Western Europe because its renewable power market has become quite saturated.

The company’s newest acquisition, however, adds onshore wind and solar assets in Spain – and it isn’t a small deal, either. The total cost is $1.6-billion, including debt, and Northland is selling $900-million worth of shares to help finance the purchase, adding roughly 10 per cent of its market value in one shot.

The new deal is weighing on the stock. Because Northland is selling such a large chunk of shares, the offering was issued at a 5-per-cent discount to entice buyers. This discount, coupled with a recent growth stock sell-off, means Northland’s shares have dropped 14 per cent from their early February peak to close at $43.69 on Thursday.

While it may take some time for investors to digest the decision, Northland’s executives have said they would entertain onshore wind purchases in the near future. Cash flows from these projects can help fund longer-term offshore developments.

The Spanish deal and its concurrent share sale, then, “are somewhat consistent with Northland’s need to deal with the ‘duration dichotomy’ of more limited near-term growth and a robust longer-term opportunity set of offshore wind projects,” Credit Suisse analyst Andrew Kuske wrote in a note to clients.

But they can still be a little disorienting. “Some may question increased onshore renewables that, by default, reduces Northland’s more unique offshore presence,” he added.

It also isn’t clear why such a large share sale, which dilutes existing investors, was necessary.

For Northland, issuing equity must have been attractive because its stock is up 72 per cent since the start of 2020. But the company is taking advantage of the rise just as growth stocks are selling off – and it is also raising 10 per cent of its market value for an asset that isn’t core to its long-term strategy.

The company did not return a request for comment.

Northland’s long-term strategy is built around offshore wind, because the onshore market is far too competitive, according to management, and the company will focus on producing its own assets. “Northland Power is a developer,” chief executive Mike Crawley said at a February investor day.

Historically, Northland was seen as a yield play – it used to be an income trust – and it was entirely focused on Canada. But over the past decade the company has expanded into Europe and Asia, and by 2030 the CEO expects its production capacity to double.

Asia is key to this growth. “A number of the Asian countries are still early in their adoption of renewables, providing significant greenfield development opportunities,” executive vice-president David Povall said at the investor day. Northland now has 70 employees in the region.

If anything, Northland is downplaying Europe’s attractiveness of late, because “there are more developers and more investors in the sector. Virtually everything is now awarded by competitive tender, often in so-called centralized auctions,” Nigel Slater, Northland’s head of European development, said at the investor day.

However, Mr. Crawley added that “there are pockets of value in European offshore wind where Northland can continue to grow,” such as its recent purchase of a 49 per cent stake in a Polish offshore project in the Baltic Sea.

Despite its history as a yield play in the stable utilities sector, Northland and other renewables companies are now treated as growth stocks in the ESG era. Unlike many technology-focused growth companies, Northland has sizable profits and before the Spanish acquisition was expected to produce earnings before interest, taxes, depreciation and amortization of $1.16-billion in 2021, according to ATB Financial.

Northland’s equity financing is the third large share sale in the Canadian market in the past month, following major offerings from Telus Corp. and GFL Environmental Inc.

Northland previously sold $750-million worth of shares in early 2019, when founder and then-chairman James Temerty unloaded a large chunk of his stake. That deal was issued at $23.35 apiece, and Northland’s shares – and market value – have more than doubled since. 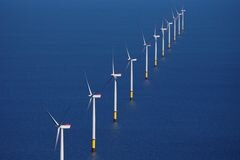 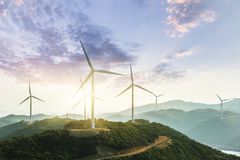