U.S. stocks are now “a fully fledged epic bubble,” according to Jeremy Grantham, the bearish money manager who has earned a reputation for his timely forecasts of impending market plunges.

Mr. Grantham, co-founder of GMO LLC, a money manager in Boston, wrote in a note on Tuesday “it is highly probable that we are in a major bubble event in the U.S. market, of the type we typically have every several decades and last had in the late 1990s.”

His warning highlights the potential risk that goes along with the extreme monetary policies put into place to deal with the pandemic.

In recent months, the U.S. Federal Reserve, the Bank of Canada and other central banks have pumped vast amounts of cash into their economies and chopped interest rates to some of the lowest levels in history. Their actions have helped propel global share prices to record levels despite persistent lockdowns and new waves of infection.

“But this bubble will burst in due time, no matter how hard the Fed tries to support it, with consequent damaging effects on the economy and on portfolios,” Mr. Grantham wrote. “Make no mistake – for the majority of investors today, this could very well be the most important event of your investing lives.”

For now, Mr. Grantham’s grim viewpoint is in the distinct minority. Recent surveys of institutional investors by Bank of America and Absolute Strategy Research show extremely high levels of optimism about what lies ahead for stocks.

The bull case rests on the assumption vaccines will rein in the novel coronavirus over the next few months, allowing economies to return to normalcy. If so, the enormous amounts of stimulus already deployed by governments and central banks could fuel more stock-price gains.

However, the numbers suggest a lot of happy thoughts are already built into stock prices. Global stocks are now at their most expensive levels in comparison to global gross domestic product (GDP) since late 2007.

The glee on Wall Street is particularly striking. When U.S. share prices are measured against most fundamentals – from underlying revenues to long-term earnings to the replacement value of assets – they are at or beyond the high points of exuberance they reached during the dot-com bubble of the late 1990s.

The prevailing giddiness is manifested in the renewed mania for bitcoin, in Tesla Inc.’s eye-popping share price, and in the insatiable appetite for initial public offerings.

Mr. Grantham is not the only prominent voice warning of trouble ahead. Howard Marks, co-founder of Oaktree Capital Management and a widely followed authority on distressed debt, told the Financial Times this week that capital markets have raced “far ahead of the economic fundamentals.”

Mr. Grantham concurs. At 82, he has built an impressive track record of identifying bubbles early on. More than two decades ago, he sounded alarms about the dot-com mania and moved his firm out of tech stocks in 1998, two years before the bubble popped. Similarly, he was early to spot the U.S. housing bubble and urge caution about market euphoria before the financial crisis of 2008.

Just as impressively, he wrote an upbeat letter to investors in March, 2009, as the S&P 500 was hitting its lowest point during the crisis. In that letter, he argued for the merits of “reinvesting when terrified.” His case for getting back into the market was ideally timed. Those who listened benefited from the multiyear boom that followed.

To be sure, Mr. Grantham is not perfect. His endorsement of resource stocks in 2011 did not turn out well. His embrace of emerging-market stocks in recent years has produced only lacklustre results. Still, his record as a bubble-spotter deserves respect.

He cautions it is never possible to say exactly when a bubble will pop. However, he is seeing the classic “touchy-feely” characteristics of a late-stage frenzy. One is clients’ growing hostility to bearish viewpoints; they simply don’t want to hear the negatives. Another is the rapid acceleration in share prices, which is characteristic of the final flurry that occurs in the concluding stages of many bubbles.

The current market mania is unique in one way, he adds. Most bubbles occur when investors are enjoying a near-perfect economy and assume it will keep on growing to infinity. In contrast, Wall Street’s present euphoria is taking place despite the havoc that COVID-19 is wreaking on Main Street.

“Today, the [price-to-earnings] ratio is in the top few per cent of the historical range and the economy is in the worst few per cent,” Mr. Grantham writes. “This is completely without precedent.”

So where can investors look for shelter? Mr. Grantham suggests emerging-market stocks are now as cheap versus U.S. stocks as they have been in the past 50 years. Value stocks are also cheap, having just finished their worst-ever decade versus growth stocks.

Don’t be taken in by the surge in growth stocks over the past few months, he says. “It is precisely what you should expect from a late-stage bubble: an accelerating, nearly vertical stage of unknowable length – but typically short.” 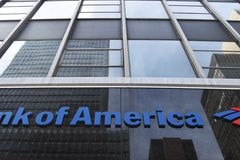 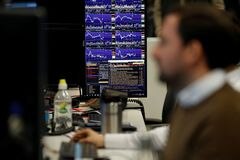 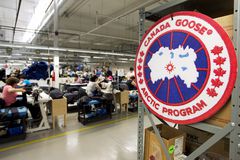