Perky potash prices have prompted more investor interest in the moribund sector this year, but Nutrien Ltd. is not poised to benefit as much as its international peers, because it has ceded its status as the best pure-play choice for fertilizer investors.

The news over the weekend that an Indian potash-supply contract came in US$50 a tonne higher than before and roughly US$10 a tonne above expectations, caused a pop in Nutrien shares this week. They’ve risen just more than 2.9 per cent through Thursday’s trading.

Mosaic Co. Inc. however, has jumped 5.7 per cent this week on the news. That underscores that Nutrien, formed by the merger of Potash Corp. of Saskatchewan Inc. and Agrium Inc., no longer offers the best upside when prices are rising, as they are today.

In a way, that was by design. One of the rationales for the merger was to use Agrium’s agricultural-retail business, which sells supplies to farmers across North America, as a natural hedge against slow times in the fertilizer business.

“The retail exposure for Agrium was a shield for them as things were going south,” analyst Jonas Oxgaard of Sanford C. Bernstein & Co. said in an interview. “Whereas for Nutrien, it’s a little bit of an anchor because if you want to have exposure to the fertilizers, that are all rising, the retail actually reduces your torque there.”

All the fertilizer stocks have risen this year on an improved supply/demand picture. Some companies have faced operational problems and the major producers, including Nutrien, have continued to hold back production because of low prices.

Nutrien, which Mr. Oxgaard said is now divided roughly one-third among potash, nitrogen and the legacy Agrium retail business, has seen shares rise just less than 10 per cent this year.

It has underperformed Mosiac, up nearly 19 per cent year-to-date, which gets roughly half its revenue from potash and the other half from phosphate. CF Industries Holdings Inc., a 100-per-cent nitrogen pure play, is up 22 per cent. (Return figures from S&P Global Market Intelligence.)

Much of Nutrien’s 2018 underperformance comes from poor returns early in the year, Mr. Oxgaard said. While fertilizer as a whole was weak, he believes investors were selling their shares in the newly combined company because of the diminished fertilizer exposure.

Joel Jackson, a BMO Nesbitt Burns analyst, told The Globe and Mail he was in investor meetings in New York last week where he saw the new investor sentiment. The typical Canadian portfolio manager who wants a domestic stock with agriculture exposure already owns Nutrien, he said, but “a lot of U.S. shareholders have actually been preferring CF and Mosaic to Nutrien because they want [bigger] exposure to fertilizer.”

Some hedge funds, he said, are buying the two U.S. companies and shorting the shares of Nutrien in a “pair trade,” a technique that minimizes industry risk while betting certain players in a sector while rise, while others fall.

Investors who want a public company with the most potash exposure now, Mr. Oxgaard said, must look to K+S Group AG, which has had operational issues both at home in Germany and at its startup mine in Saskatchewan, and Mosaic.

Picking within the sector, however, assumes a bullishness on fertilizers in general. Mr. Oxgaard is on board, having a “buy” on all the stocks in his coverage area, including Nutrien. “They are rational players. They know they are much better off curtailing their own production to keep the price high, than the other way around, and they run the industry that way," he said. "So the only assumption you need to make to see this as an outperform is they will continue to be rational players. And they have 15 years of history, at least, of being rational players.”

Mr. Jackson, however, is more cautious. This year’s price bump, he said, is a product of slightly higher demand coupled by a number of production problems. Russian/Swiss company Eurochem launched potash production earlier this year and hopes to open another plant this fall.

“You always face this risk of millions of tons coming on from other players and when some of these production nuisances right themselves, the market might get weak again,” he said. “No one’s going to focus on that today because the market’s tight ... Nutrien is operating at sub-60 per cent rates and nobody else has been able to put forward new tons, yet. But they’re coming.” 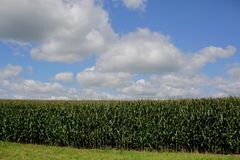 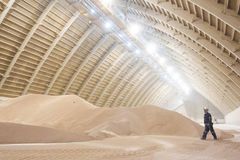