Corporate earnings growth has slowed to a crawl, but some signs point to an improving picture later this year.

U.S. second-quarter results are already in full swing, and Canadian results will arrive in earnest this week with reports from the likes of Canadian National Railway Co., Restaurant Brands International Inc., Loblaw Cos. Ltd. and Suncor Energy Inc., and Rogers Communications Inc., among others.

Analysts are cautious. According to the latest I/B/E/S data from Refinitiv, which are based on analysts’ estimates, S&P 500 earnings will rise by 1 per cent from the second quarter of 2018. That marks a subtle improvement over the start of the U.S. earnings season, when estimates pointed to a slight earnings contraction.

“This period of stagnant – but not shrinking – profit growth will likely persist into the third quarter, before growth begins to pick up again,” Mark Haefele, global chief investment officer at UBS Global Wealth Management, said in a note.

Observers expect that Canada’s S&P/TSX Composite Index will do better: Refinitiv estimates that second-quarter earnings will rise 3.1 per cent, year-over-year, marking a big improvement over the first quarter, when earnings decreased 6.2 per cent.

Utilities should see earnings rise 19.6 per cent, while telecommunications and financials should see gains of 7.8 per cent. But expect commodity producers to struggle: Energy companies are expected to report a 0.8-per-cent drop in earnings while basic materials’ earnings will fall 8.7 per cent.

The second-quarter earnings season is unfolding at a time when the U.S. economy is expanding at a healthy clip, payrolls are strong and retail sales have been rising for four consecutive months. What’s more, the S&P 500 and the S&P/TSX Composite Index are near record highs after posting double-digit gains so far this year.

The gains suggest that the stock market is anticipating better profit growth ahead, especially if the United States and China can resolve their trade dispute.

U.S. and Canadian central banks are concerned about slowing North American economic activity and the impact of the simmering trade war.

But that provides another potential source of investor optimism. The U.S. Federal Reserve is weighing a cut to its key interest rate, perhaps as soon as its next monetary policy meeting at the end of July, because of rising economic uncertainties. For similar reasons, the Bank of Canada has put its interest rates hikes on hold.

Lori Calvasina, head of U.S. equity strategy at RBC Dominion Securities, expects that earnings conference calls will be key to assessing the outlook for the rest of the year. While some 65 per cent of the S&P 500 companies that have reported so far believe that demand is healthy, based on data from last week, most companies that see demand as mixed or weak believe that conditions aren’t improving.

“While it’s still very early in reporting season, if this holds it would be a significant negative shift from the [first quarter] reporting season. In that reporting season, well over half of the companies in the mixed or weak demand category talked about how they had already seen signs of a pick-up in March or April or had reason to believe things would get better later on this year. This is a critical issue to monitor in the weeks ahead,” Ms. Calvasina said in a report.

Against the backdrop of low expectations for profit growth, companies are generally reporting better-than-expected results – another potential plus for investors.

According to Refinitiv, about 77 per cent of the companies within the S&P 500 that have reported results have beaten estimates. This so-called beat rate that easily surpasses the historical average of 65 per cent, for data going back to 1994.

Only a handful of Canadian companies have reported their second-quarter results so far.

Canadian Pacific Railway Ltd., which reported its second-quarter results last week, said that its earnings on a per-share basis surged 70 per cent, year-over-year, or 34 per cent on an adjusted basis. The results beat analysts’ consensus estimates by about 3 per cent and boosted CP’s share price by 4.1 per cent on July 16, after the railway released it earnings.

Brian Belski, chief investment strategist at BMO Nesbitt Burns, expects that the S&P/TSX Composite Index is still attractive, even after the stellar gains in the first half of the year.

“We continue to believe that Canadian stocks in general will be a home for stability, especially as investors come back from emerging markets and Europe and some of those that remain reluctant to buy equities in the United States,” Mr. Belski said. 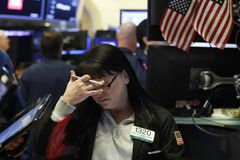 How companies like Apple sprinkle secrets in earnings reports
January 14, 2019 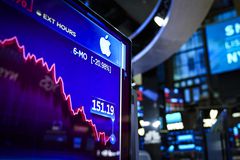 Analysts cast a skeptical eye on earnings season about to begin in Canada and the U.S. Subscriber content
January 13, 2019 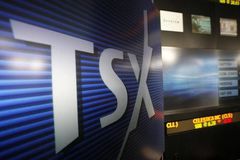