David BermanInvestment Reporter
Published May 5, 2021 Updated May 5, 2021
For Subscribers
Comments
Text Size
Please log in to listen to this story. Also available in French and Mandarin. Log In Create Free Account

Power Corp. of Canada is back. The financial conglomerate used to be weighed down by an overly complex ownership structure and lacklustre performance in some of its underlying assets, leaving its share price underperforming peers and the broad index.

But look at the stock now: It is up 23 per cent in 2021, handily outperforming the S&P/TSX Composite Index and the financials sector year-to-date. The stock is exploring 13-year highs, raising the question of whether this is a momentum play worth pursuing.

A restructuring last year folded Power Financial Corp., a publicly traded subsidiary, into Power Corp. This removed a complex ownership layer and significantly streamlined the conglomerate, adding to its appeal.

Power Corp. is also benefiting from stronger performance in its holdings. IGM attracted an impressive $1.7-billion in net new funds in the fourth quarter of 2020, more than double the pace of inflows in the previous quarter.

And Great-West Lifeco has proved resilient during the pandemic and economic downturn, with its share price rebounding about 90 per cent from last year’s low in March.

But the part that appears to be exciting investors right now is Power Corp.’s stake in Wealthsimple. Not long ago, investors may have viewed Wealthsimple as a promising, though small, financial technology firm that appealed to younger investors with a straightforward approach to money management and low fees.

Now, its growth and broader services – including free stock trades – are drawing more attention. A $750-million financing deal announced on Monday, and backed by venture capital funds in Silicon Valley, valued the Toronto-based firm at $5-billion. That’s up from $1.4-billion seven months ago after a previous round of financing.

The rising value of Wealthsimple is very good news for its owners. Since Power Corp. owns 61.7 per cent of the company either directly or through IGM and Great-West Lifeco, the latest financing round essentially boosts the market value of Power Corp. by $633-million, or 94 cents a share. IGM gets a boost of $3.78 a share.

As a result, analysts raised their target prices for Power Corp. shares. Phil Hardie, an analyst at Bank of Nova Scotia, now expects the share price will rise to $40 within the next 12 months, up from a previous target of $38.50 (reflecting, in part, greater optimism for IGM).

More broadly, though, the rising value of Wealthsimple reflects well on Power Corp. as an astute investor that can spot valuable assets – something the company is not shy about highlighting. In a release, it noted that its compound annual return on investment in Wealthsimple is 79 per cent. Or, put another way, the company made 8.3 times its invested capital.

The bullish case for Power Corp. rests on the bet that the market will recognize that Wealthsimple isn’t a fluke, and that the holding company can deliver value to investors.

This recognition could shrink the substantial difference between the net asset value of the holding company’s various parts, totalling $50.27 a share, according to Mr. Hardie, and Power Corp.’s share price, which closed in Toronto at $36.43 on Tuesday.

In other words, the stock trades at a 27.5-per-cent discount to the sum of the company’s parts. While conglomerates often trade at discounts, owing to overhead costs and complex structures, Power Corp.’s is particularly wide.

Could the discount narrow to the mid-teens, as Mr. Hardie expects? That would put it in line with the 10-year average, offering a compelling reason to stick with the stock even after its strong performance. 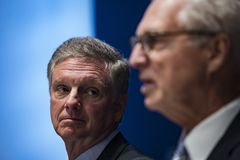 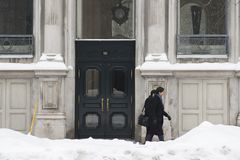 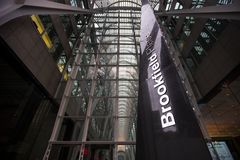