There’s finally something to base a bullish case for preferred shares on besides hoping for rising interest rates.

You can forget higher rates any time soon, an outlook that normally would weigh on a pref market dominated by a type of share for which higher rates are like oxygen. So why have preferred shares been on an upswing in the past few months? Basically, there’s an expectation the pref market will shrink in the years ahead, creating a scarcity that drives prices higher.

“I think you could expect a total return of anywhere between 10 and 15 per cent over the next 12 months,” said Nicolas Normandeau, a portfolio manager with Fiera Capital Corp. in Montreal who runs the $1.2-billion Horizons Active Preferred Share ETF (HPR-T). Note: Total return means dividend yield plus change in share price.

Preferred shares are designed to pay a reliable flow of investment income, which they have done with rare exceptions in the case of financially weak companies. But over the past 10 years, preferreds have earned a reputation as one of the most volatile investments around in terms of price, with most of that volatility on the down side. Now, finally, there’s a brighter outlook for frustrated preferred share investors.

Prefs were savaged like almost nothing else in the financial market turmoil of the early pandemic phase and they rallied back some as nerves calmed. A second leg to the rally, one that could continue for a while longer, began in July when Royal Bank of Canada issued $1.75-billion of a tax-efficient type of security that is widely expected to supplant a big chunk of the preferred share market.

Limited recourse capital notes (LRCNs) are an alternative for big financial players like RBC that had to use high dividend rates to lure investors into buying their preferred shares. LRCNs, which pay interest as opposed to dividends, are a cheaper and thus preferable way for these companies to raise capital.

LRCNs can be issued by federally regulated bank and life insurance companies and are intended to be purchased directly by institutional investors rather than retail investors, Mr. Nagel said. Their appearance contributed to the S&P/TSX Preferred Share Index’s 46-per-cent surge from its March low through late September. That left the index about 8-per-cent below the high point of the year in January – and well below its level of 10 years ago.

Mr. Normandeau says he’s conservatively forecasting that a total of $11.4-billion in preferred shares will be redeemed over the next 12 to 18 months, which is roughly 17 per cent of the $66-billion pref market. This redemption estimate includes $1.5-billion in RBC preferreds that were to be called in on Oct. 1.

Taking shares out of the preferred market means some portfolio managers holding these securities will need to buy replacements. There’s your supply and demand argument for optimism in the long-suffering preferred share market. “Preferred shares are an illiquid market, which means you don’t need much new buying to inflate prices,” Mr. Normandeau said.

Canada’s pref market is dominated by rate reset preferreds, which were introduced more than 10 years ago and designed to flourish in a rising rate world (the dividend is reset every five years to reflect changes in the rate environment). When rates fell instead, investors dumped rate resets and issuers had to build in ever more enticing premiums over five-year Canada bond yields to snag buyers. Some shares offer premiums of four to five percentage points.

Mr. Normandeau said we’ll need relative calm in financial markets where institutional investors feel comfortable buying LRCNs. In chaotic conditions such as we saw in March, these investors might balk.

If LRCNs are a success in allowing financial companies to replace their expensive preferred shares, then investors can expect a near-term rising trend in the pref market that benefits exchange-traded funds and mutual funds that hold pref shares exclusively or as part of a diversified portfolio of income-generating investments.

There’s also an argument for holding individual preferred share issues to benefit from the LRCN effect, specifically those that come up for redemption in the next year or so and have a big premium over the five-year Canada bond yield.

See the accompanying chart for some ideas from Mr. Nagel on specific shares. Ideally, you would own the shares for a period of months, collect dividends and then have your shares redeemed at the usual par value of $25 a share.

Here's a selection of preferred shares from federally regulated financial institutions that could be redeemed in the coming few years. These financial companies are now able to issue a security called limited recourse capital notes that are a cheaper way for them to raise capital than preferred shares. Investors who buy preferred shares likely to be redeemed have an opportunity to capture a yield of 3.5 per cent and more for a limited period of time. The shares would on their reset date be redeemed at $25, which may be above or below current market prices. Yield to call reflects your yield based on the price you pay, the redemption price and the dividend you would receive until redemption. Current yield is what you get based on current price and dividends.

Notice that many of these shares are currently trading above $25. As a result, you’ll want to focus on “yield to call” in order to understand your actual, real-world dividend yield in the brief period you own these shares.

For example, consider Bank of Nova Scotia’s Series 36 preferred shares (BNS.PR.G). These shares reset on July 26, 2021, and had a yield to call of 4.6 per cent and a share price of $25.42 at the end of September. If you got a stock quote for these shares, you’d see a current dividend yield of about 5.4 per cent.

The emergence of LRCNs should help the preferred market in the near term, but the outlook in 18 to 24 months is more uncertain. Mr. Normandeau sees a more volatile market as the selection of quality shares shrinks.

But for now, he’s bullish on a preferred market that has produced so much grief for investors in the past 10 years. “With all the redemptions, I think the pref market will become rich in valuation,” he said. “We’re not there yet.”

How to get the best deals on savings rates. Plus, the market outlook gets even murkier as Trump tests positive for coronavirus
October 2, 2020 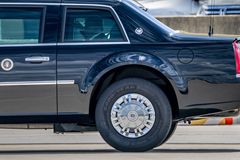 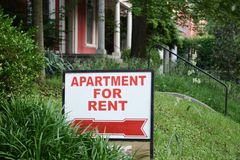 Rob Carrick: A realist’s guide to getting the best return on savings and GICs in a painfully low-rate world
Subscriber content
October 1, 2020 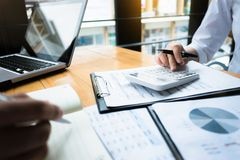