The housing slowdown has cast its shadow on some segments of the Canadian stock market.

A dramatic decline in national home sales is proving a hindrance on everything from mortgage activity to retail spending, and is weighing on equities exposed to the housing market in the process.

“Think about how far residential investment spreads across the economy,” Bank of Montreal economist Robert Kavcic said. “Retail spending is one area where it has a big impact, like furniture and renovation activity.”

That impact is apparent when looking at the stock charts for companies such as Leon’s Furniture Ltd. and Sleep Country Canada Holdings Inc., which have declined by 15 per cent and 33 per cent, respectively, over about the past six months.

That time frame coincides with a contraction in retail sales in housing-related segments. Year-over-year spending on furniture, appliances and building materials has declined for four consecutive months, up to the end of January, according to data from Canadian Imperial Bank of Commerce.

And as long as residential real estate remains under pressure, companies catering to homeowners will likely continue to face a difficult operating environment.

Years of frenzied home sales in Canada combined with rampant growth in prices, particularly in the country’s biggest cities, have given way to a market constrained by higher mortgage rates and stricter underwriting rules.

Between July, 2017, and last October, the Bank of Canada implemented five rate hikes, taking its overnight lending rate to its highest level in a decade, at 1.75 per cent.

The housing market is one of the direct casualties of higher interest rates, which force higher debt-servicing costs on new and existing homeowners, while shutting some would-be buyers out of the market.

The rate of mortgage growth has subsequently slowed dramatically – last year’s growth rate was the slowest since 1996, according to Statistics Canada data.

The implications are clear for Canadian banks, which count on residential mortgages to drive about 40 per cent of their lending activity.

While the banks are affected by more than just domestic housing, real estate weakness and mortgage deceleration certainly contributed to making 2018 the worst year for big bank stocks in more than a decade.

The Big Six declined by an average of 11.2 per cent last year. And while their shares have rebounded this year alongside a broad market rally, as a group they are still well off their precorrection peak.

Then there are the second-order victims of higher interest rates, such as housing-exposed retailers. Each home sale in Canada results in an average of $8,200 being spent on furniture and appliances, according to a 2017 report by the Canadian Real Estate Association.

Home sales peaked in the second quarter of 2016 on a seasonally adjusted basis, and have mostly been on a downward trajectory ever since. In February, national home sales declined month over month by 9.1 per cent to the lowest level since November, 2012, according to CREA data.

That translates to falling demand for items such as washing machines and mattresses.

In late February, Sleep Country reported a fourth-quarter decline in same-store sales of 2.7 per cent, the second consecutive quarterly deterioration.

“Sleep Country can only do so much against weaker industry traffic trends as housing-related consumer spending is slowing,” CIBC World Markets analyst Matt Bank said in a note, adding that big-ticket items are relatively easy for consumers to put off.

“While purchases are more likely deferred than lost, we do not expect an improvement in market conditions in the near term,” Mr. Bank said.

Leon’s, meanwhile, just managed to put up flat fourth-quarter same-store-sales growth, after turning negative in the prior quarter.

“Leon’s shares are likely range-bound until there is greater clarity on the economic outlook,” Desjardins Securities analyst Keith Howlett wrote in a report.

That could take some time. Higher interest rates tend to have a lasting impact, CIBC economist Katherine Judge said. 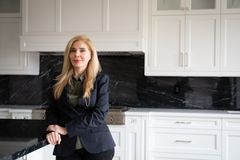 Inventory is building up in parts of Toronto’s housing market Subscriber content
March 8, 2019 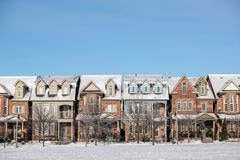