The $4.1-billion PH&N High Yield Bond Fund, a heavyweight in the fixed income category, is now open to new investors for the first time since 2016. The opportunity arrives at an interesting time: Yields on government bonds are falling amid concerns about slowing global economic activity, which could weigh on returns. Yet with a 6.5-per-cent average annual return since its inception two decades ago, the fund has seen its share of cycles. The Globe and Mail’s David Berman spoke with Hanif Mamdani, the fund’s long-time lead manager, to find out how he’s navigating the current uncertainty.

The fund has reopened to new investors after being closed for over three years. What’s the rationale behind the frequent closures?

There are many times when it makes sense to close the fund and not subject existing clients to undue harm. By that, I mean we want to ensure that we are not deploying assets at inopportune times in the cycle; we’re not being forced by virtue of having so much cash to make marginal investments.

Should investors read anything into the reopening? Is this a signal that you see opportunities ahead?

It’s a signal of sorts. It is driven by the current backdrop in fixed income. Owning Government of Canada bonds as a form of protection in your portfolio is a suspect idea now. If we go into a full-blown recession and 10-year yields go to less than 1 per cent again, that’s not a whole lot of upside potential or capital appreciation to hedge your stock portfolio. But we believe we can deliver fairly low-volatility 4-to-6 per cent returns under a modest economic growth scenario. And even in a dire scenario, we think we have a chance of matching or beating cash. And if the Fed wonderfully achieves a soft-landing for the economy, we’ll maybe make 7 or 8 per cent. We think that’s a very suitable alternative to traditional fixed income right now.

What do you look for in a high-yield corporate bond?

It depends upon where we are in the cycle. If we are at the end of a protracted downturn and Fed rate cuts, and spreads are extremely wide, that’s an environment where we want to put our foot on the gas. We’re playing offence at that point in the cycle. And in certain points of the cycle, we look for something altogether different: We’re looking for something that has very strong downside support if we believe that we may enter an economic downturn in the next one-to-two years.

Which one best describes the high-yield bond market today?

I think the high-yield market is in a precarious balance. On the positive side, a global easing cycle may lead to a soft landing. And default rates remain very low, at about 1.5 per cent. But there are concerning things: Corporate America and corporate Canada have been on a big leveraging campaign over the past decade, where companies continue to push the envelope in terms of how much leverage they can carry on their balance sheets. In general, there has been a migration towards more leverage, lower ratings, being a little more aggressive each year. That’s not a good thing for a corporate bond investor.

The yield curve has inverted in some places. And the Fed has recently signalled that it may cut interest rates this year. Are we facing a downturn or soft-landing?

I think there are better ways to make money than to make a big bet in one direction or another. To me, the sensible way to deal with this key choice is to construct a portfolio that won’t hurt you if the bad thing happens; and if the good thing happens, it’ll turn out really well.

How is this view reflected in the portfolio?

Almost 25 per cent of the fund is in short-duration investment-grade credits, where there is very good downside protection. And in the rest of the portfolio, we have completely avoided cyclical-type credits and very low-rated credits – triple-Cs and that sort of thing. But we love Canadian high-yield bonds: There are some very good companies in Canada that are financially more prudent than their U.S. counterparts and yet spreads on these bonds are better than what you would earn in the U.S. right now. We’re talking about cable and wireless, REITs, pipelines. We’ve seen companies like Enbridge Inc., Inter Pipeline Ltd. and Keyera Corp. issue hybrid bonds [which have fixed income and equity characteristics]. These are investment grade companies with stable cash flows, but they are issuing bonds lower in the capital structure. I would rather earn a 6- or 7-per-cent yield on these bonds than go buy a traditional U.S. high-yield bond right now.

This interview has been edited and condensed for clarity. 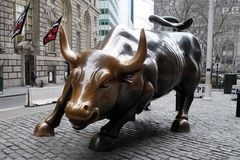 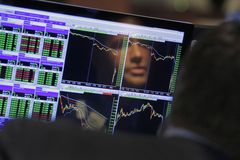 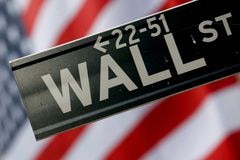