Canada, you have some explaining to do.

When RBC Dominion Securities selected its best stocks for its Top 30 Global Ideas for 2018, in December, Canadian companies were well-represented within an international roster that included U.S. and European names.

Six Canadian stocks made the exclusive list, giving Canada an impressive 20-per-cent weighting. But this confidence in the home team hasn’t paid off.

According to the Royal Bank of Canada’s update for the third quarter, all six Canadian stocks are down, by an average of 8.2 per cent (including dividends), trailing the overall performance of RBC’s Top 30 Global Ideas by nearly 14 percentage points.

RBC is not alone with this dismal Canadian performance. Canadian stocks have been struggling this year, frustrating just about anyone with a tilt toward domestic holdings.

The S&P/TSX Composite Index is down about 1 per cent in 2018, amid stalled commodity prices, political bickering over the construction of pipelines and widespread worries about the housing market, even as corporate profits rise.

This week’s tentative agreement on a new trade deal to replace the North American free-trade agreement, which was supposed to lift a significant concern that was hanging over the market this year, has failed to ignite the market so far.

After an early rally on Monday, Canadian stocks fizzled. On Tuesday, the S&P/TSX Composite Index slumped 87.20 points or 0.54 per cent, underperforming the S&P 500 again, as investors contemplated the downside of a clearer trade relationship: Interest rates will likely head higher.

To be fair, Canada has company. European stocks and emerging markets have also struggled this year, leaving the U.S. stock market as one of the few bright spots in the world.

U.S.-listed stocks are up nearly 12 per cent and European stocks are up about 2 per cent in RBC Global Ideas. The Top 30′s year-to-date gain of 5.6 per cent has been led by big rallies by GDS Holdings Ltd., Netflix Inc., ServiceNow Inc., Altice Europe NV and Orsted A/S.

But Canada stands out for being the home base for six stocks that failed to generate any returns, raising the question of when Canadian stocks will emerge from their slump. Here are some condensed thoughts from RBC analysts on their picks, which might apply to the broader market given that they represent a good cross-section of the Canadian economy.

Alimentation Couche-Tard Inc. is down 3.8 per cent this year (to the end of September). The international convenience store chain spooked investors with weaker-than-expected quarterly profit in March. But its rebranded stores and a strong economy is feeding a rebound. The shares are up nearly 23 per cent since May.

Canadian Natural Resources Ltd. is down 6.5 per cent. The price of Canadian-produced oil is trailing West Texas Intermediate oil, a U.S. benchmark, by about US$40 a barrel – a five-year-high spread that is weighing on the Canadian energy sector. But RBC says Canadian Natural Resources is generating lots of cash, it is improving its balance sheet and its dividend is solid.

IGM Financial Inc. is down 18.2 per cent. Regulatory changes and lower fees are weighing on mutual fund management companies. But IGM’s upbeat sales trends, strong fund performance and a low valuation (its trailing price-to-earnings ratio is at a two-year low of 11.5) should work in the stock’s favour.

Magna International Inc. is down 5.7 per cent. Blame this one on slowing global vehicle production, rising borrowing costs and fears of U.S.-imposed tariffs. But the new trade agreement should ease fears. And RBC analysts believe Magna can grab market share in the auto parts sector and ramp up efficiency.

Sun Life Financial Inc. is down 1.3 per cent. Outflows from Sun Life’s U.S. wealth management unit are weighing on profit margins and investor sentiment. But the insurer has expanded its wealth management assets overall, and its Asian businesses are driving profit growth.

TransCanada Corp. is down 13.8 per cent. Higher bond yields have made utility-like stocks look less attractive, and pipelines are having trouble getting big projects approved. But RBC analysts point out that TransCanada is moving forward on smaller projects and long-term contracts will continue to drive dividend growth. 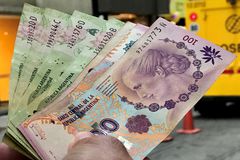 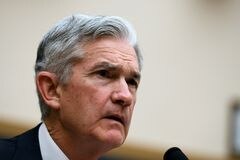 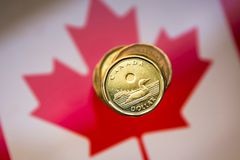