Sometime soon, the Great Reopening will hit its high-water mark, and the groundswell of growth now underway will crest and begin to recede.

In the moment, it can be difficult to pinpoint the peak, obscured as it is by all the noise, chaos and euphoria generated by the revival of the global economy, as normal daily life gradually returns around the world.

But the peak is coming, if it hasn’t happened already.

Nothing is likely to change dramatically, at least not right away. As long as the COVID-19 pandemic continues to fade, an economic boom of historic proportions should keep gaining traction. Policy-makers will undoubtedly maintain extraordinary levels of support for the economy and financial markets. Growth in GDP, corporate earnings and manufacturing activity should continue on at lofty levels, at least by prepandemic standards.

Stock markets are trading at historically high levels. What should investors do?

Once the tipping point is hit, however, the pace of change will begin to slow. Growth will remain positive, but it will decelerate.

“The problem is that even with growth at a very high level, we’re going to now experience a reduction,” said Frances Donald, global chief economist and global head of macroeconomic strategy at Manulife Investment Management. “And for markets, it’s often not the level of growth, but the change in growth that can be most powerful.”

There are a variety of ways a cyclical peak can be defined and measured – including peak growth, peak liquidity and peak macroeconomic support. But they more or less tend to coincide with one another, and none of them are positive signals for the stock market.

When the preponderance of growth indicators starts to decline, history suggests that investors, on average, take that as a cue to start reducing risk. It’s also around that time that the outlook for market index returns typically dims.

“The challenge now is to find areas that have not yet reached peak,” Ms. Donald said.

If it feels far too soon to be discussing peak anything, when the reopening is just getting started in many countries, including Canada, this is part of the great contradiction of pandemic-era investing. Even in the nascent stages of a formidable economic boom, it’s entirely possible for the investing climate to worsen.

There can be a great deal of daylight between financial markets and the broader economy. The first wave of COVID-19 in early 2020 made that abundantly clear. Amidst the economic devastation and human tragedy of the worst pandemic in 100 years, stock markets worldwide plunged initially, then staged a comeback for the ages.

“The most rewarding time to buy equities is typically when sentiment is gloomy and macro fundamentals are crumbling,” Paul O’Connor, head of the multi-asset team at Janus Henderson Investors, wrote in a note.

Late March, 2020, would certainly qualify, as life under lockdown was just beginning and a depression-scale economic shock was dawning. An investor with the nerve to sink money into the Canadian stock market at that point, for example, would have been rewarded with gains now sitting at nearly 80 per cent.

On a global scale, the MSCI All Country World Index took just six months from the start of the crisis to revisit its prepandemic high. In the United States, the tech-heavy Nasdaq Composite Index made a full recovery from the pandemic sell-off more than a year ago, and has added another 48 per cent or so since then.

Three momentous forces have combined to nourish such an incredible bull run: the unleashing of central banks’ full firepower in unison, the steady drumbeat of towering economic results and the development and rollout of highly effective COVID-19 vaccines.

For the past year or so, virtually all the data that influence financial markets have moved in one direction – upward, and aggressively so.

Consider U.S. GDP. After a disastrous collapse of 31.4 per cent at an annualized rate in the second quarter of 2020, the American economy snapped back with comparable ferocity to the upside. “This pattern marks the sharpest economic ‘V’ in history, with its deep recession and rapid recovery both contained within just five quarters,” Jeffrey Kleintop, the chief global investment strategist at Charles Schwab & Co. Inc., wrote in a recent note. 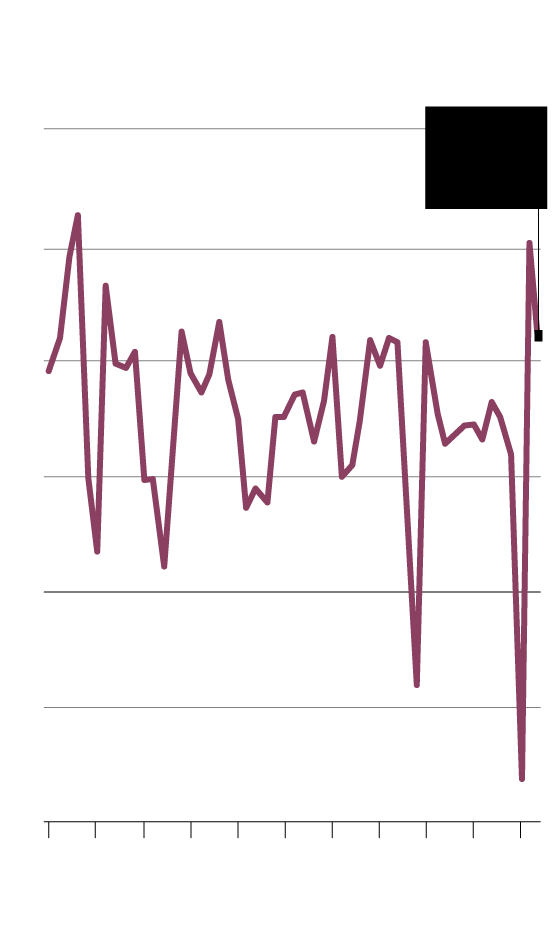 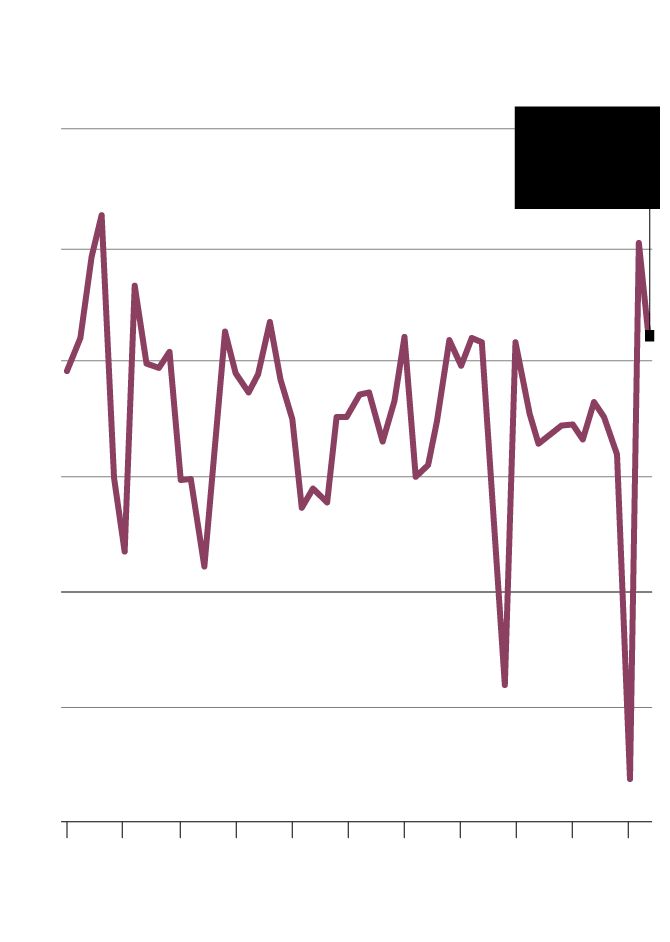 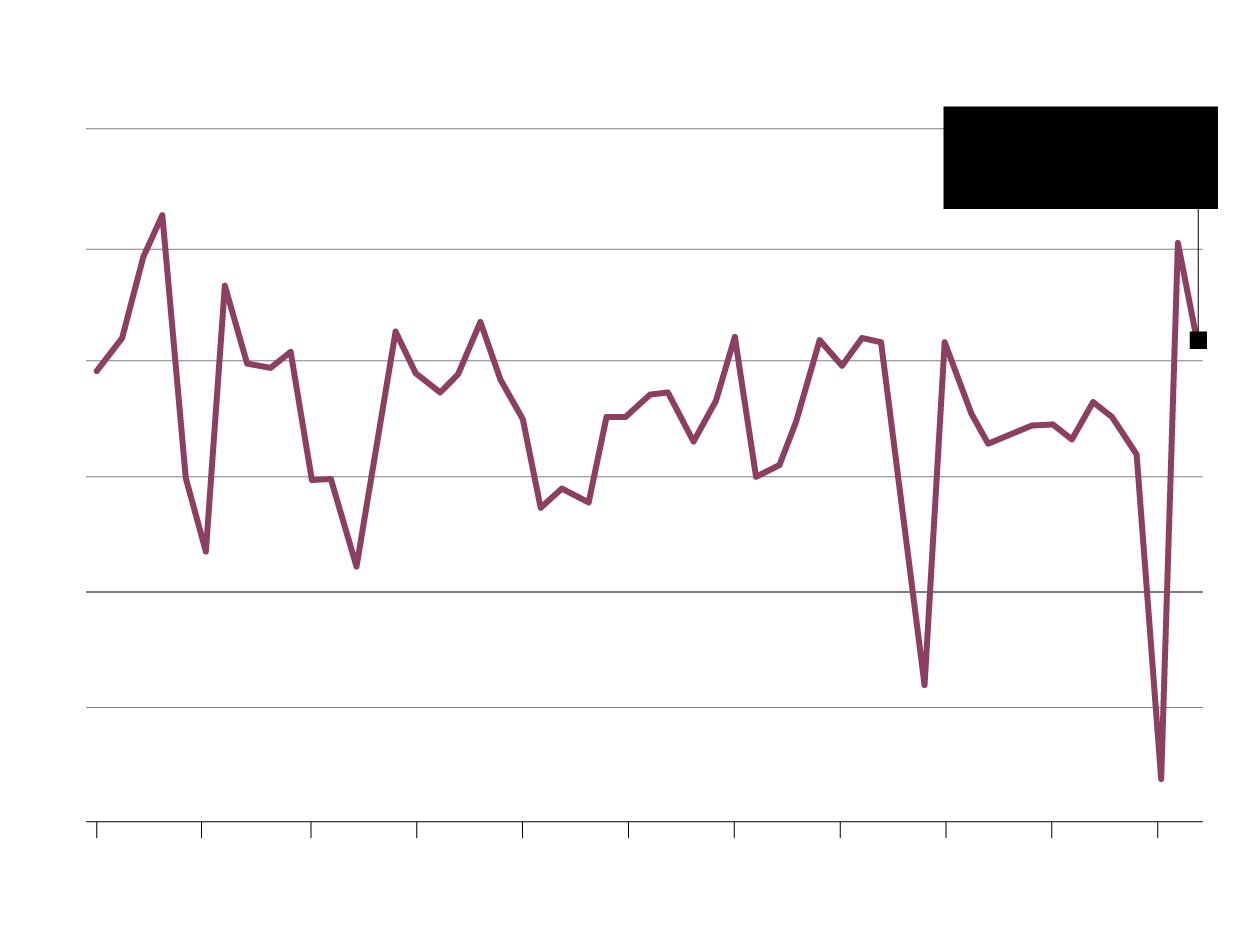 Third-quarter U.S. GDP grew by 33.4 per cent, doubling the previous post-Second World War record set in 1950. That is a difficult number for investors to evaluate, especially in contrast to the 2-per-cent rate of growth the U.S. economy averaged over the previous decade.

Likewise on the corporate earnings front. In the first quarter of this year, Standard & Poor’s 500 Index companies collectively grew their profits by 53 per cent over the prior year, according to Refinitiv data. 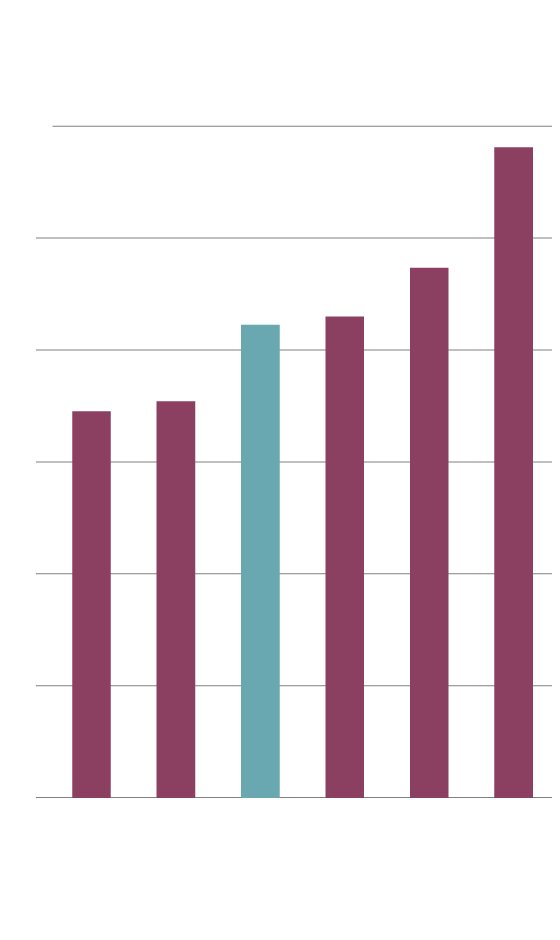 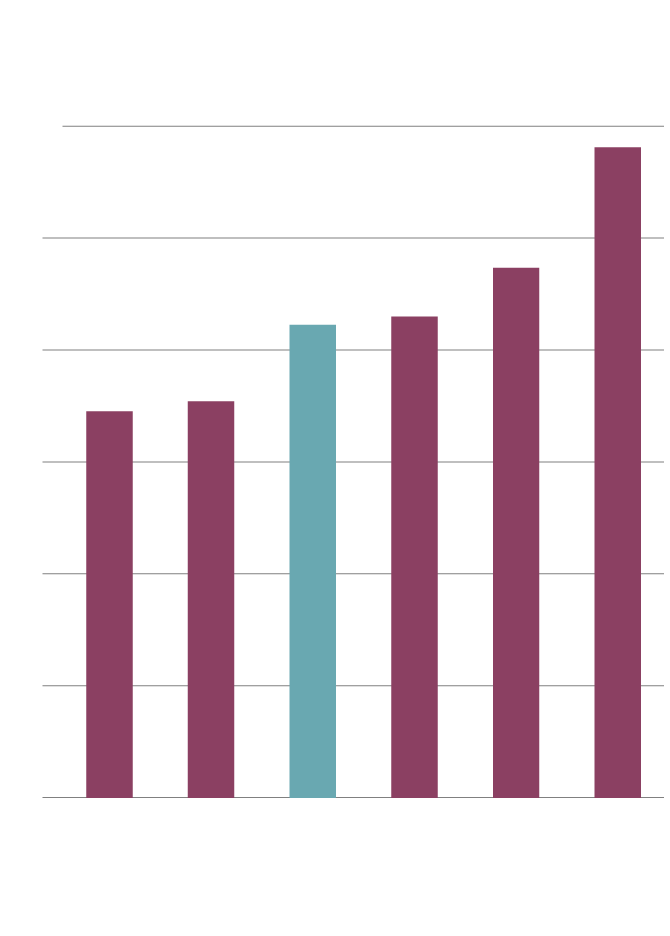 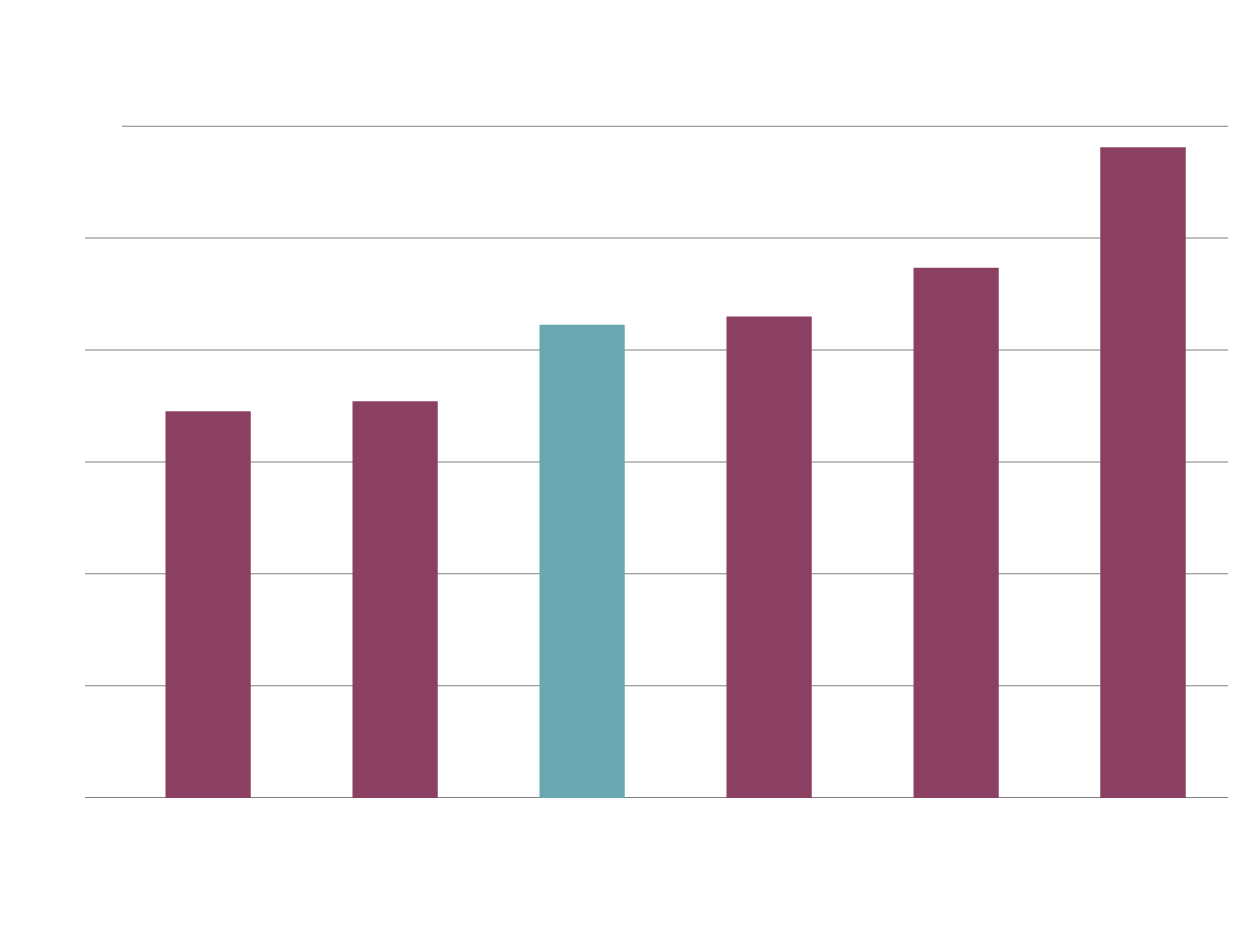 Embedded in that number, however, is a “base effect,” which inflates growth rates when compared to depressed conditions last year. This is also known as an “easy comp,” and it’s one factor that makes it difficult to get a true reading of underlying growth.

As a result, consensus forecasts have repeatedly missed actual results by a wide margin, on everything from inflation, to retail sales, to individual company earnings.

“One of the biggest challenges for market strategists right now is that our data is extraordinarily distorted,” Ms. Donald said. Investors haven’t had to worry too much about the absolute numbers, however, so long as the data has moved in a positive direction. What’s a few percentage points, give or take, when considered against an era-defining economic resurgence?

“Up until recently, you still had easy comps, reopening was all in front of us, China’s credit impulse was all positive, and we weren’t really worried about supply chain construction yet,” said Ashley Misquitta, senior portfolio manager at Empire Life Investments. “It’s certainly less unabashedly positive now than it was.”

There is momentum still building on the public health front, with more than 3.3 billion vaccine doses already administered worldwide. But the major financial and monetary catalysts are showing indications of losing power. It is becoming increasingly difficult for the economy to surprise to the upside.

The Citigroup Economic Surprise Index, which measures the extent to which the data is ahead of or behind expectations, is barely in positive territory, having plummeted from a record high set last July. “It is clear … that the most explosive period of growth has come and gone,” Eric Lascelles, chief economist at RBC Global Asset Management, wrote in a report.

The U.S. economy’s second-quarter growth rate is expected to come in at about 9 per cent annualized. The consensus forecast for subsequent quarters predicts steadily declining, but still positive, rates of expansion. A similar path is expected for U.S. corporate earnings, which should hit a peak in the second quarter with 65-per-cent profit growth, moderating to 25 per cent and 17 per cent in the final two quarters of the year, according to Refinitiv estimates.

Other key metrics are also showing signs of topping out. China’s credit impulse, which measures new lending as a proportion of the economy, has turned sharply lower in recent months. As a crucial buyer of resources, including 60 per cent of base metals worldwide, China’s credit activity can have a big impact on global demand.

Meanwhile, the manufacturing sector’s blistering comeback is starting to lose steam. Data firm IHS Markit reported a U.S. manufacturing Purchasing Managers’ Index value of 62.1 for June, tied with May for the highest reading on record for this measure of factory activity, but lower than an earlier flash estimate of 62.6. 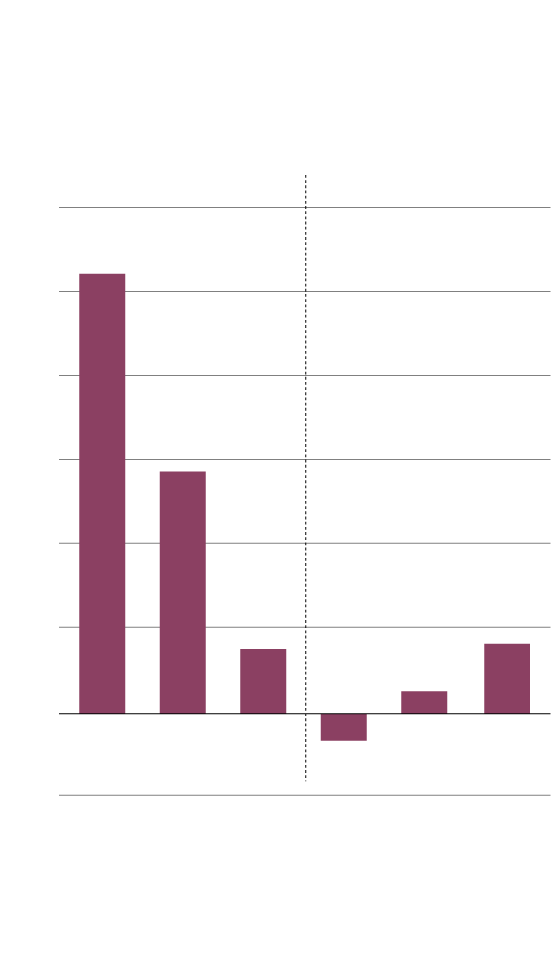 the globe and mail, source: janus 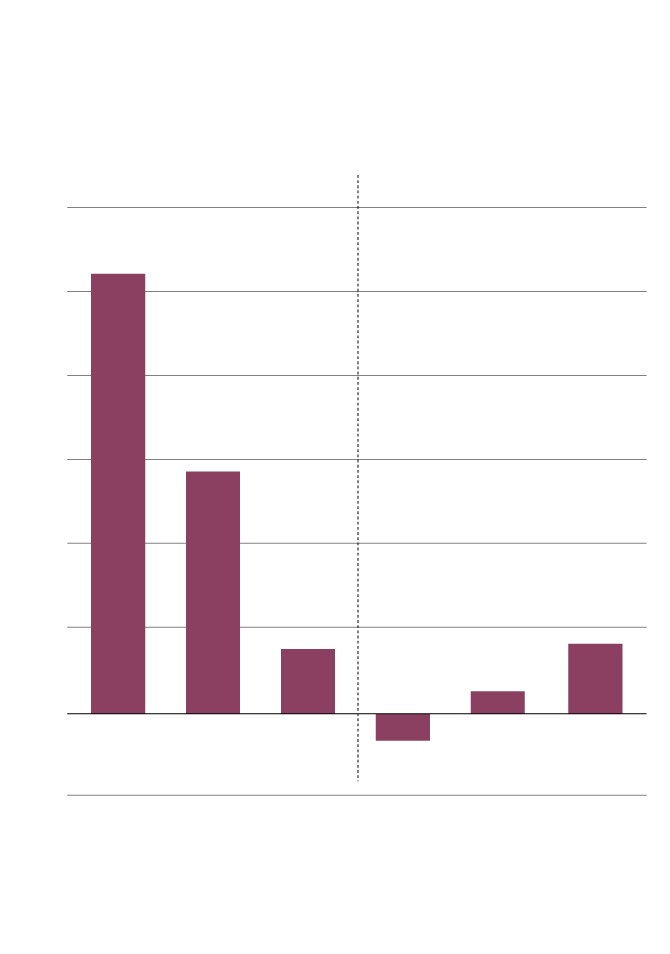 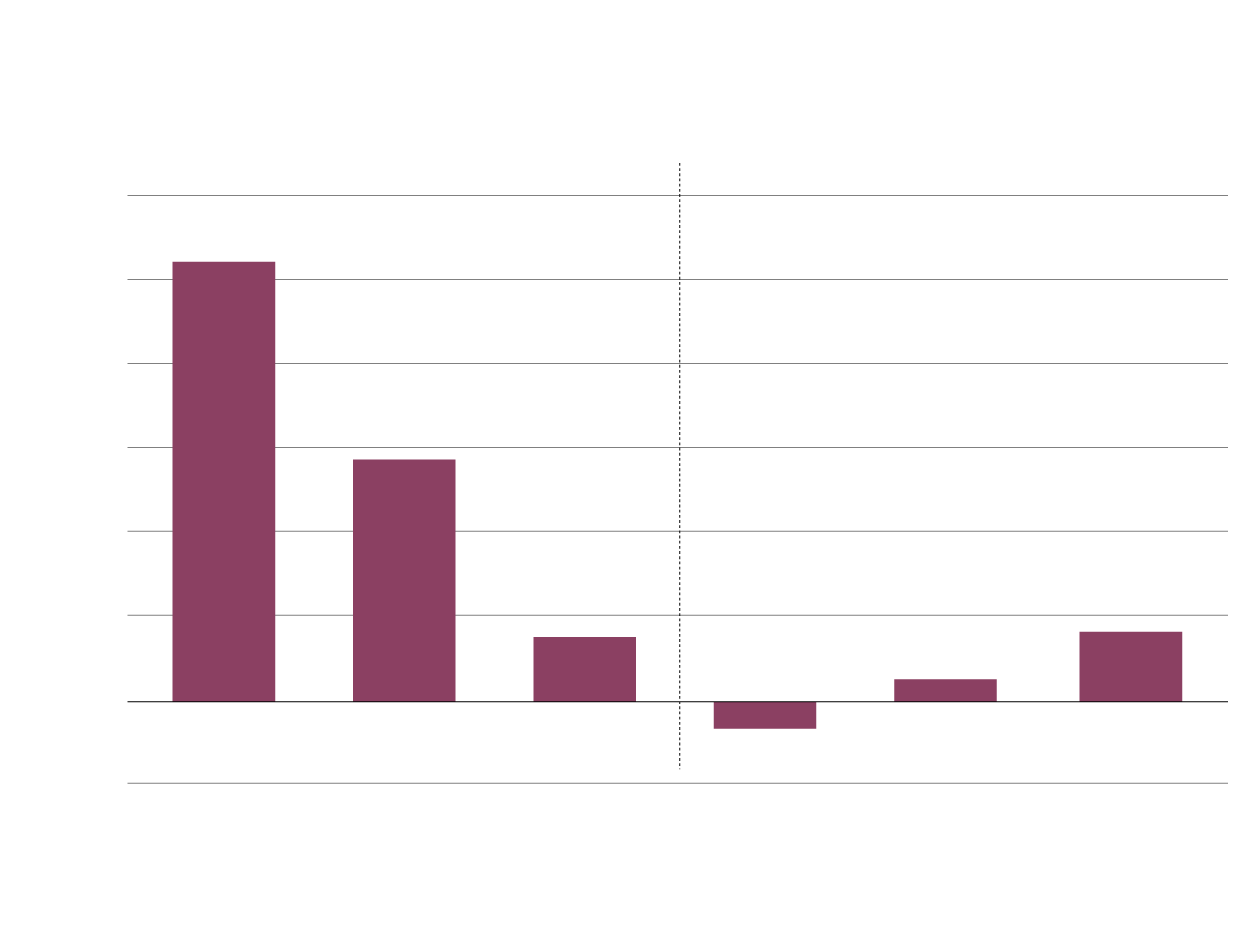 The survey also found that manufacturers are struggling mightily to secure raw materials, with the global supply chain clogged up, and they are having trouble finding qualified workers.

When the manufacturing sector cools off, as many observers believe it will from here, the stock market tends to follow suit. One-year returns for the S&P 500 Index following a manufacturing PMI peak are less than 3 per cent, on average, according to the Janus Henderson report.

Why the connection between manufacturing activity and stock market performance? Because around the same time growth peaks, central bankers are getting started on the process of withdrawing stimulus, Martin Roberge, a portfolio strategist at Canaccord Genuity, wrote in a report. “In other words, investors de-risk portfolios as the liquidity impulse turns negative,” Mr. Roberge said.

So, add another peak to the list – peak liquidity. By now, every major central bank has indicated plans to slowly ease off the gas pedal. According to Janus Henderson, the total level of global quantitative easing is expected to decline to US$0.4-trillion next year, down from US$8.5-trillion in 2020. 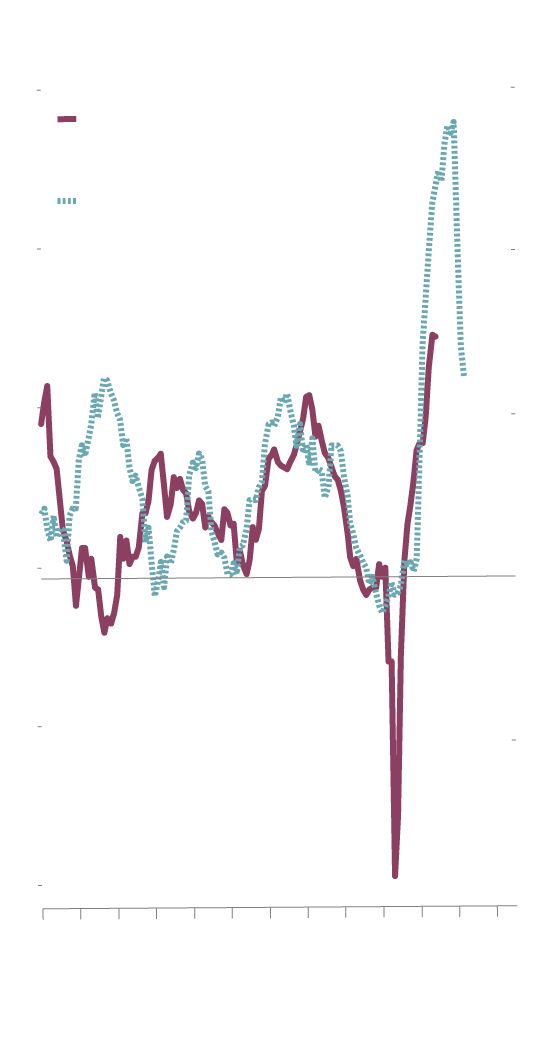 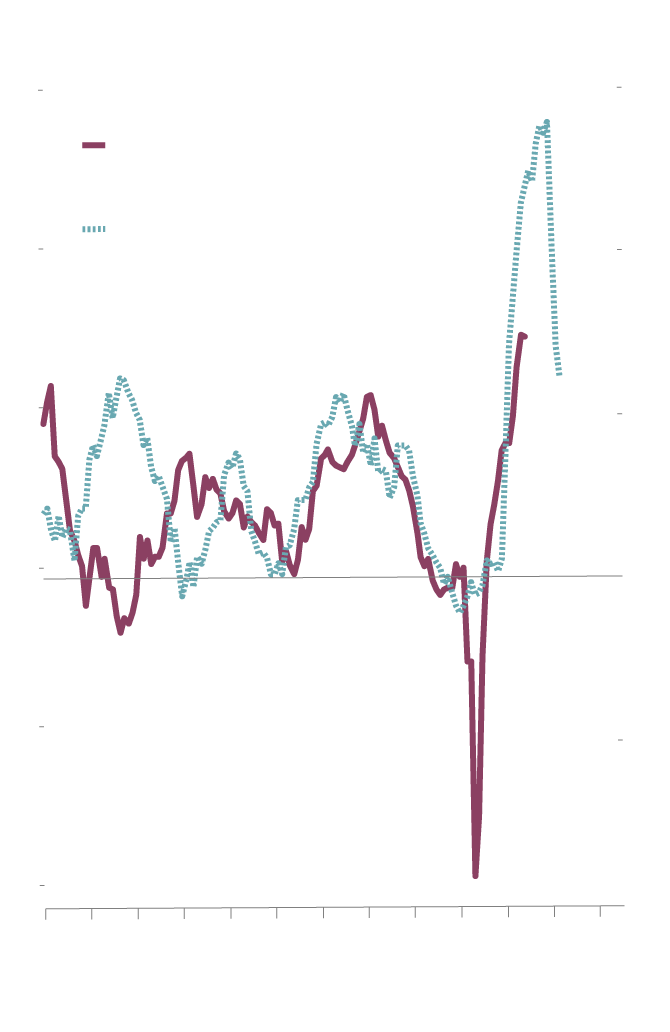 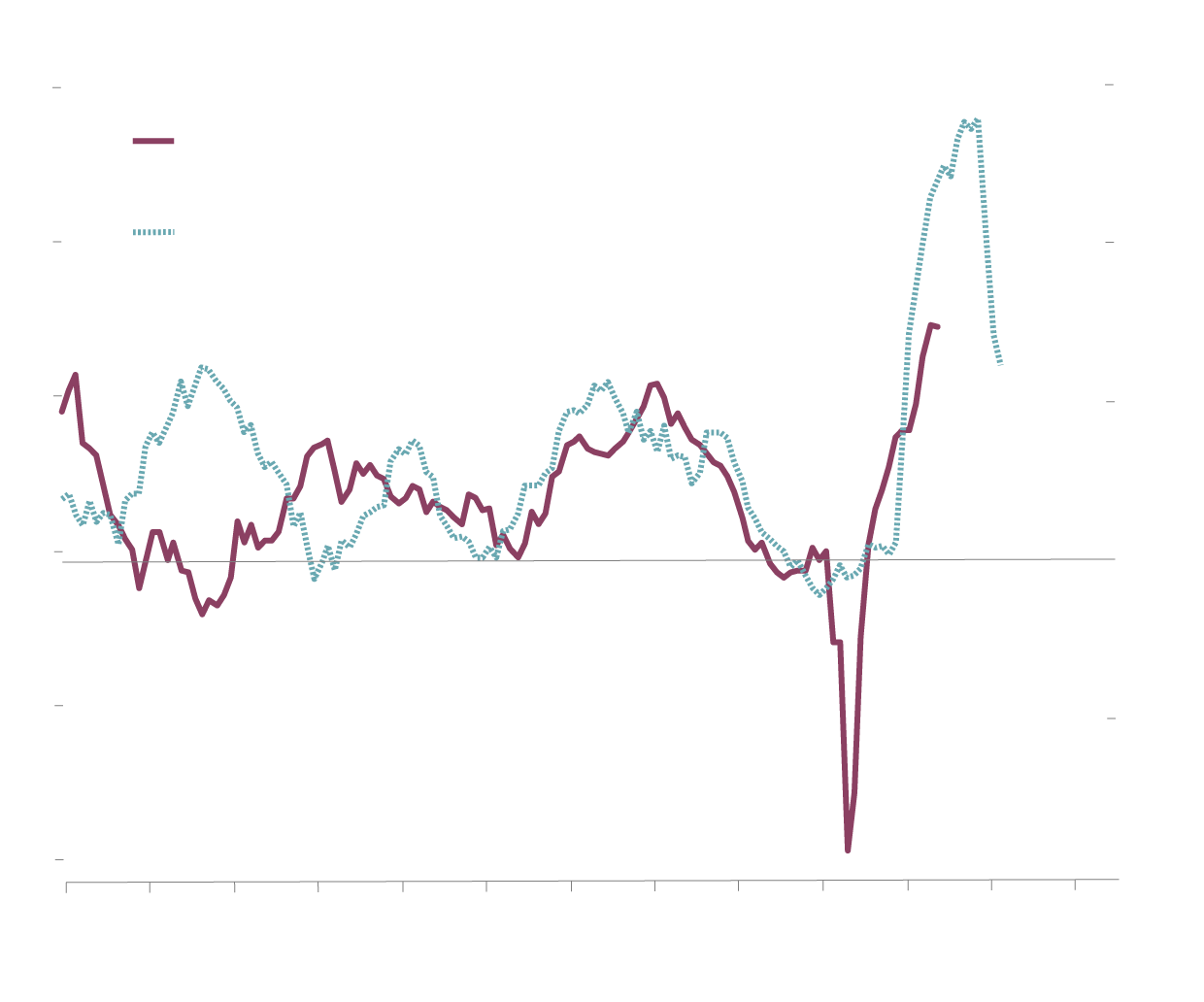 And of the 23 interest rate change decisions made by central banks around the world in 2021, up to early June, 19 of them were rate hikes, Mr. Roberge said.

So, the point of peak macro support is here, or perhaps already in the rear-view mirror. That doesn’t necessarily pose an immediate threat to the bull market. Given the continuing pandemic, history may be an imperfect guide in charting the path ahead.

“Policy-makers will have to be mindful of what’s happening around the world with the pandemic. That could allow them to let things run a little hotter than through other economic cycles, when you didn’t have this looming level of uncertainty,” said Lesley Marks, chief investment officer at Mackenzie Investments.

Peak growth also doesn’t mean growth is peaking everywhere at the same time. Additional support for stocks should come from corporate share buybacks, for example, which are expected to surge in the second half of the year.

Canada’s big banks, in particular, are sitting on billions of dollars in extra cash, some of which will be paid out to shareholders in the form of dividend increases and/or buybacks, once regulators allow it. Additionally, certain sectors, such as energy, are well positioned to benefit from the continuing global reopening, Manulife’s Ms. Donald said.

“If we are at an inflection point in the economic story, it could mean we need to get a little bit more clever about our stock and our sector selection.”