One of the darling stocks to emerge from the pandemic’s first wave has since been reduced to one of the Canadian stock market’s biggest duds, and inflation is largely to blame.

Real Matters Inc. is the single worst performing stock of 2021 in the S&P/TSX Composite Index, having declined by 53 per cent year to date. 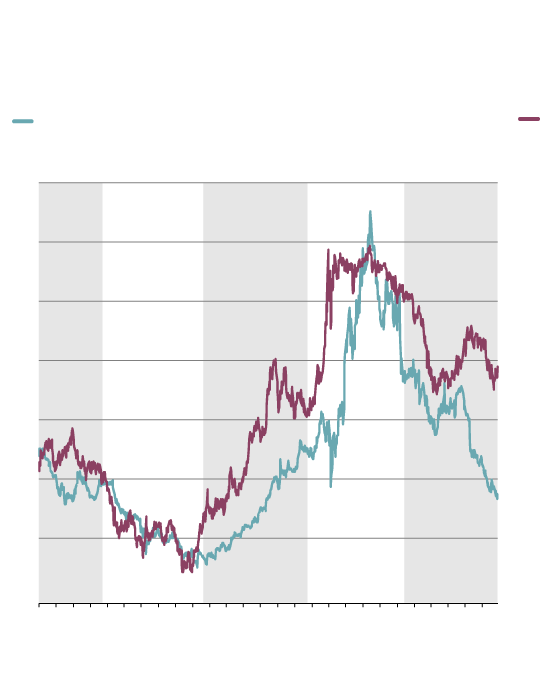 Company’s stock price tends to move in the opposite 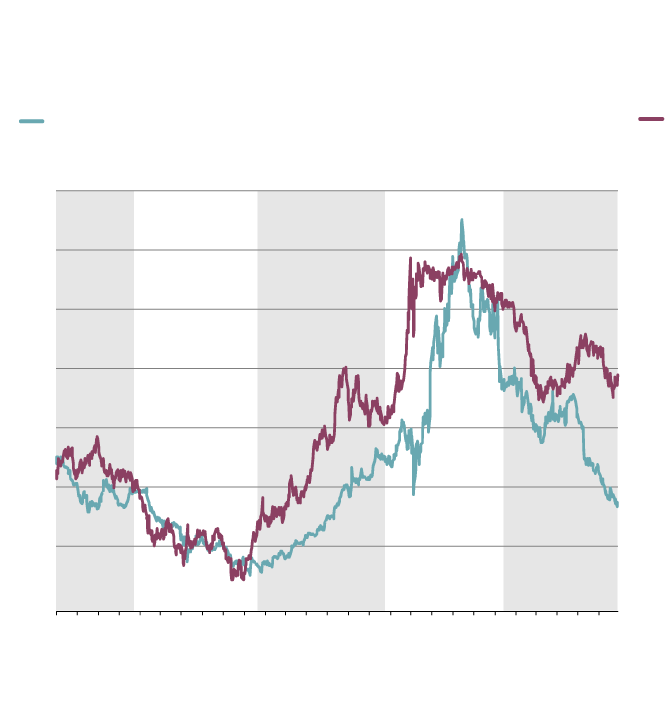 Company’s stock price tends to move in the opposite direction 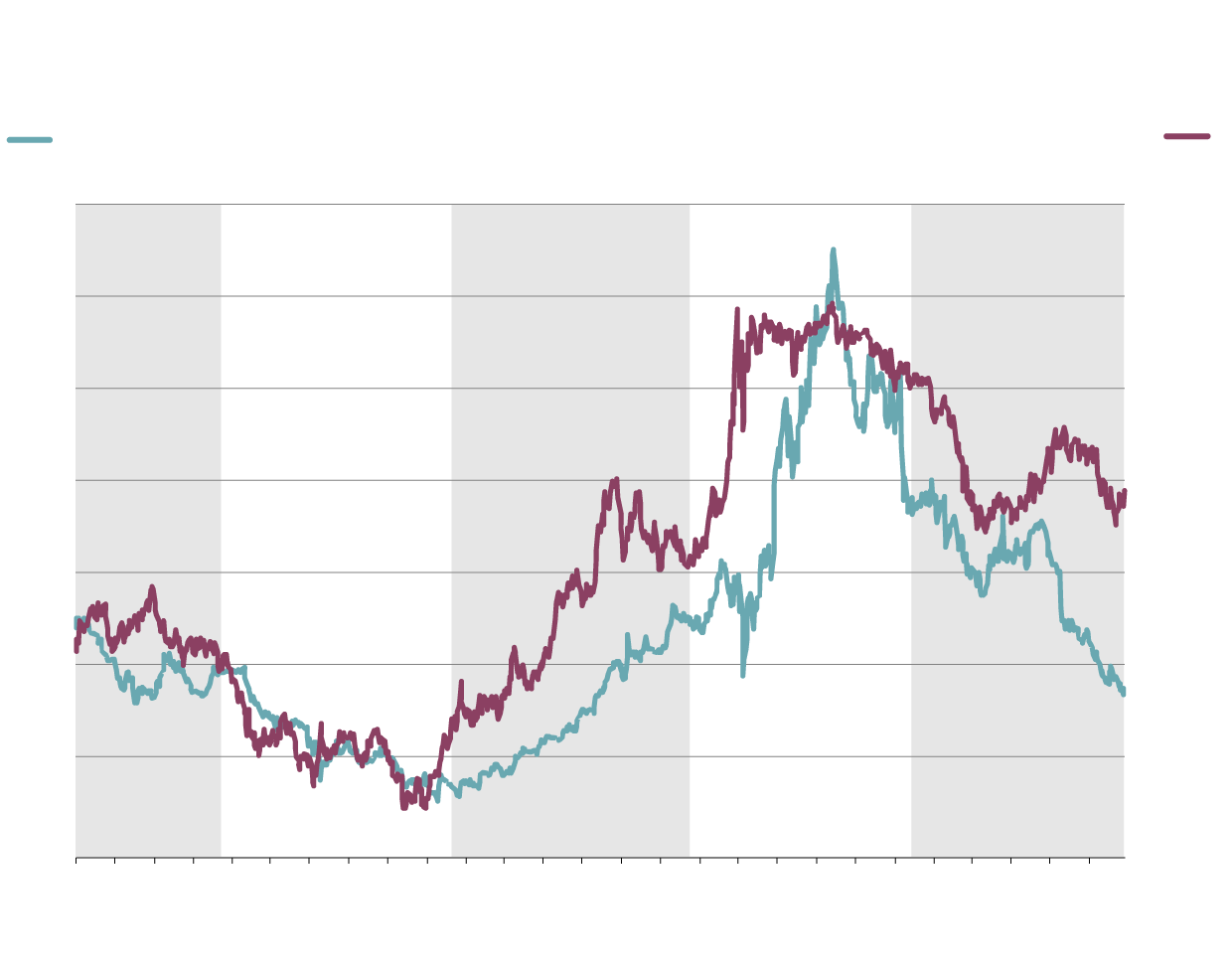 Company’s stock price tends to move in the opposite direction of long-term U.S. interest rates

It’s been a dramatic reversal of fortune for the Markham, Ont.-based company, which helps mortgage lenders and other businesses manage functions such as appraisals and title searches. It’s a business model that aligns closely to housing activity, particularly in the U.S. market.

Recently, the market has begun to question the longevity of that trend.

The real estate frenzy on both sides of the border has been one of the more peculiar side effects of the pandemic and its accompanying economic shock.

Mass fiscal stimulus meant that, for many households, finances actually improved. The realities of working from home, meanwhile, compelled many homeowners to upgrade or to look for more space outside of major cities. And crisis-level interest rates made mortgages as cheap as they get.

By the summer of 2020, the rising tide in housing elevated virtually everything even peripherally connected to real estate.

Starting from the time the stock market bottomed out in March, 2020, Real Matters shares more than tripled over roughly the next five months. Around that time, the company said one of its biggest constraints to growth was U.S. lenders couldn’t get money out the door quickly enough, as widespread lockdowns squeezed underwriting capacity.

Big real estate tech stocks in the United States followed a similar path. Zillow Group Inc. and Redfin Corp., which operate property listings sites, as well as a number of complementary businesses such as home flipping, saw their stocks run up by 627 per cent and 724 per cent, respectively, from their pandemic lows before peaking in February.

But with COVID-19 infection rates slowing and normal daily life steadily returning, the U.S. housing market has shown signs of cooling off, heading into what is typically a slow point in the year.

“The pandemic was probably a blip in terms of all these people moving or refinancing,” Mr. Del Vicario said.

With home prices soaring and inventory low, would-be buyers also face the prospect of considerably higher mortgage rates. With inflation proving to be much more persistent than central bankers expected, the timeline for the withdrawal of emergency monetary stimulus and rate hikes has been shortened. The yield on U.S. 10-year Treasuries now sits at roughly 1.5 per cent, nearly double its level from one year ago.

For online real estate stocks, it’s been all downside for most of this year. Redfin is down by 47 per cent since February. Over the same time, Zillow’s stock has lost 66 per cent – a descent that was quickened by the company’s announcement this week that it was shutting down its troubled home-flipping business.

Real Matters, meanwhile, has declined by more than 70 per cent since its peak more than a year ago, and is now trading well below its initial public offering price.

Despite the precipitous fall, Real Matters shouldn’t be considered a lost cause, said Kim Bolton, president of Black Swan Dexteritas, a Toronto-based hedge fund. “Not only is the business model good, execution by management is good,” Mr. Bolton said. “It’s not dead money.”

There have been some setbacks at the company level contributing to the sell-off. In its title search business, Real Matters has shifted its focus to bigger customers, such as Tier 1 banks, while capping volumes with smaller lenders. This move, combined with steadily rising mortgage rates, saw third-quarter revenue in its title segment decline by 29 per cent compared with last year.

“We firmly believe that we made the right decisions for the long term,” chief executive officer Brian Lang said in a call with analysts in late July. “We are continuing to look at opportunities to build up share, should the rate environment be less favourable in the near term.”

But it’s difficult to make a case for this stock, unless you believe that the fears over inflation and rising interest rates are overblown, Mr. Del Vicario said.

“If you think that central banks can’t afford to increase rates that much, because it will send us right back into recession, there might be some hidden value here.”

Telehealth stocks had a good run, but now they’re sick. Here’s what to do
November 3, 2021
A Canadian company is among Citi’s top 10 global stock picks
November 3, 2021
Some bond ETFs are thriving in today’s inflationary world, but not the ones you’d expect
November 2, 2021