The global pandemic has made all sorts of mundane tasks painfully complicated, from buying groceries to rebalancing a portfolio.

With the course of the crisis and the fate of the global economy shrouded in uncertainty, simply tweaking one’s investments to realign with long-term goals and to strike a balance between risk and return is now full of hazards.

The first step is to recognize that the risk spectrum has been fundamentally altered. Some segments traditionally thought of as defensive, such as dividend and real estate stocks, have lost their capacity to insulate from volatility, while some historically turbulent industries, such as technology and pharmaceuticals, are now behaving as stabilizers.

“We have been seeing the undoing of the defensive trade,” Mr. Horan said. “Big Tech stocks are not just growth. That’s where money goes to hide.”

The frenzy for technology, e-commerce, internet and work-from-home stocks in the pandemic economy has been a dominant force guiding markets higher over the past four months.

Stocks globally have pretty much rallied back to where they were going into 2019 – the S&P 500 index is essentially flat year-to-date, while the S&P/TSX Composite Index is off by 6 per cent.

Beneath the level surface of that recovery, however, there is turmoil in the ranks.

More than one-fifth of the stocks in the S&P/TSX Composite Index are down by at least 30 per cent since the start of 2020, while roughly the same proportion is up by at least 20 per cent.

Moves of that magnitude can throw weightings badly out of whack. A simple rules-based rebalancing plan occurring at regular intervals can not only realign a portfolio, it can also save investors from their own behavioural shortcomings.

“Rebalancing forces investors to do the right thing,” said Kurt Rosentreter, a financial adviser at Manulife Securities. A 2019 year-end recalibration, for example, would have dictated some profit-taking after a year in which North American benchmark indexes gained between 20 per cent and 30 per cent. Investors who failed to make that adjustment entered the pandemic-fuelled crash overexposed to equities and potentially more susceptible to panic selling.

“It’s designed to some degree to automate and remove the emotional side of investing,” Mr. Rosentreter said.

Rebalancing inherently involves selling your winners. And there are no bigger winners today than growth stocks, including Big Tech. Central bank stimulus and zero-bound interest rates, combined with widespread economic strains, has helped fuel the streak in growth stocks.

“That has made it very challenging for anyone to rebalance in a rational way. When they have rebalanced, they’ve looked wrong,” Mr. Horan said.

Not only that, investors need to careful that they’re not actually adding risk when rebalancing.

The likes of technology, biotech and pharmaceutical stocks have traditionally been classified as higher risk and higher volatility. When the overall market increases or decreases by 1 per cent, stocks in these sectors tend to move by a greater percentage.

The pandemic seems to have upended those correlations. One way of measuring a stock’s volatility is a metric called beta. A beta of exactly 1.0 means that stock tends to move in lockstep with the market. A recent analysis by the CFA Institute found that Amazon.com Inc.‘s beta fell from 1.3 in 2019 to 0.6 over the four-month period since the pandemic consumed global financial markets.

In other words, the e-commerce giant transformed from a high-volatility stock to a low-volatility stock. The same goes for the entire U.S. biotech and pharmaceutical sector, which went from a beta of 1.1 to 0.8.

“Safe companies may now be risky and risky companies safe,” the authors wrote. “When it’s time to rebalance our portfolios, stocks from so-called low-volatility sectors may now actually increase our risk, and vice versa.”

The shifting market dynamics, however, shouldn’t scare investors away from rebalancing. A 43-per-cent gain in the S&P/TSX Composite Index since bottoming out in March is another good opportunity to trim back on an oversized equity weighting.

“And if the market goes down again in the fall, buy the stuff that’s more resilient,” Mr. Rosentreter said, noting that the big bank stocks, the preference of many Canadian investors, might not be the best pick in a defensive strategy.

“There’s been an evolution, where technology has proven its resiliency more than banks have.” 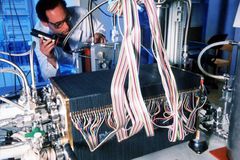 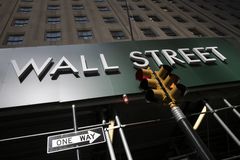 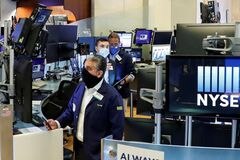