Growing ranks of retail investors in Canada and the U.S. have leaned into what has proved to be a stock market rally for the ages.

“By every metric that we measure this business, this has been a record period,” said Paul Clark, president of TD Direct Investing, which for nearly four months now has seen peak daily trading volumes increased by three to four times the norm.

While big surges in retail investing activity typically fizzle out in a matter of days, this one is showing no signs of relenting. Enormous gains have electrified the retail investing community, as North American benchmark indexes have gained nearly 40 per cent in less than three months.

It could all go in reverse, of course, particularly if the pandemic experiences a severe second wave and sparks another financial panic. Barring that, many big players, hedge funds, and value investors may have to concede that they were bested by the investing masses.

“You wait a decade to get a 2009-like opportunity. And it was gone in the blink of an eye,” said Jason Mann, chief investment officer at Toronto-based Edgehill Partners.

Conventional wisdom maintains that mom-and-pop investors are trend chasers, inclined to buy at the top of the market and sell at the bottom. Their behaviour through recent major sell-offs suggests otherwise.

“Any time there is market volatility, business picks up tremendously, and retail investors get in on the action,” said Christine Zalzal, head of Qtrade Investor and VirtualWealth. “A similar thing happened in 2008.”

In the three months up to the end of March, investors opened 470,000 new accounts with Canadian online discount brokerages – the highest quarterly total on record and an increase of 78 per cent over the first quarter in 2019, according to the Retail Brokerage and Distribution Report by Investor Economics.

Digital brokerages executed 30.5 million trades in that time, an increase of 91 per cent from the prior quarter.

At the heart of the retail investor surge is a younger demographic drawn to markets for the first time. In March alone, the average age of Qtrade’s investor base dropped by eight years, with the 25- to 35-year-old segment driving the shift.

Millennial investors are responsible for about half of TD Direct Investing’s new account openings. The ease with which new investors can get started online, and make trades through mobile apps, is a part of the appeal for younger investors, Mr. Clark said.

Prior to the pandemic, less than 10 per cent of the platform’s new accounts came from online sign-ups. That spiked to more than half “in a matter of days,” Mr. Clark said.

The wave of rookie investors has raised the hackles of many in the investing establishment. “Robinhood investors” has become a pejorative for a new class of inexperienced day traders flocking to the commission-free U.S. trading platform.

“You have 40 million people out of work, you send them a $1,200 stimulus cheque, give them free commissions and no sports to bet on,” Mr. Mann said. “What do you think happens?”

As the markets have risen, so have the portents of doom. “These new market participants have very likely contributed to the extreme volatility that has recently characterized stock prices,” Burton G. Malkiel, Princeton economist and Wealthfront’s chief investment officer, said in recent blog post, in which he declared a “day-trading pandemic.”

Several analysts have challenged that argument, suggesting that retail investors are not powerful enough to steer markets or inflate a bubble. As a percentage of total assets under management, new retail money has barely budged since last year, Hugo Ste-Marie, a strategist at Scotia Capital, said in a report.

“Despite all the new accounts created and the increase in daily trading, speculative froth may be much more limited than the narrative seems to suggest,” Mr. Ste-Marie said.

Anecdotally, the spike in activity on TD’s discount brokerage is not being driven by speculative trading, but rather by long-term investors capitalizing on market volatility, Mr. Clark said.

“We watch this very closely, and we are seeing more of a buy and hold mentality. We are seeing people invest in companies that they understand and know something about.” 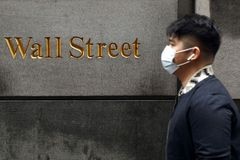 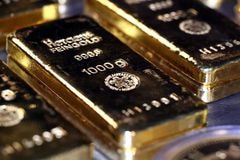 The week’s most oversold and overbought stocks on the TSX
Subscriber content
June 19, 2020 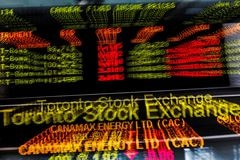