Ballard Power Systems Inc. seems to have travelled back in time by two decades, when the limitless potential of hydrogen fuel cells propelled the company to the top of the Canadian stock market.

Back in 2000, at the height of the dot-com stock frenzy, Ballard’s shares soared on the promise that its technology would help revolutionize the global car industry by replacing gasoline-powered engines.

That, of course, never happened, and Ballard’s stock collapsed along with the rest of its peers when the hydrogen bubble popped in 2001.

But the Vancouver-based company managed to stick around. And it has recently found new life as a beneficiary of China’s aggressive efforts to reduce air pollution, partly through zero-emission buses and trucks.

“People are frothingly optimistic about China,” said Craig Irwin, an analyst at Roth Capital Partners. As a result, “the valuation on Ballard has separated from reality,” he said.

Over the past 12 months, Ballard’s share price has more than tripled, making it the single best performer in the S&P/TSX Composite Index and bestowing on the company a $3.2-billion valuation.

The absence of profit is proving to be little deterrent for the company’s supporters – another callback to Ballard’s previous incarnation. With the exception of a handful of quarters, the company has consistently lost money since going public in 1993.

Back then, the company became the market’s top fuel cell name after it partnered with Daimler-Benz and Ford to engineer a cost-effective alternative to internal combustion engines.

When it became clear that the economics of hydrogen fuel cells would not support mass adoption, Ballard’s stock began a precipitous slide spanning more than a decade, taking the share price from a peak of $192 in 2000 to a low of 59 cents in 2012.

How the company managed to survive all that time is testament to how much investor support it had during the boom years, said Ross Healy, the chairman of Toronto-based research firm Strategic Analysis Corp., who has been following Ballard since its IPO.

“They raised a hell of a lot of equity. And they had an absolutely pristine balance sheet. And then when things weren't working out, they managed to make it last for years,” Mr. Healy said.

But that couldn’t last forever. After selling its automotive fuel cell technology to Volkswagen in 2015, Ballard adapted its technology to buses and heavy trucks, as well as non-automotive commercial uses, retaining the right to use its patents in these applications.

In 2018, Chinese engine manufacturer Weichai Power purchased a 19.9-per-cent stake in Ballard for US$163-million, part of a joint venture to make fuel cells for buses, commercial vehicles and forklifts in China.

“The company’s future is now heavily levered to the success of fuel cells in China,” Mr. Irwin said. Earlier this week, Ballard’s shares jumped after a Chinese official suggested that renewable-energy subsidies might not be cut later this year, as expected.

In just the first 10 trading days of this year, Ballard’s stock has risen by nearly 50 per cent. It now trades at 19 times this year’s estimated revenue. By comparison, Tesla Inc.’s price-to-sales ratio sits at three times.

“Investors are likely anticipating that [Ballard] will hit breakeven and start moving into positive earnings within the next two years,” said Tim Nash, the founder of financial planning firm Good Investing.

“There's a light at the end of that tunnel.”

Ballard also received a boost when it was added to the S&P/TSX last September after an 11-year absence. Many index funds tied to the Composite had to purchase Ballard’s stock as a result.

And beyond the company’s own competitive dynamics, the entire clean-tech space has seen a fresh wave of investor interest in recent months. “Climate change as an issue is really coming to the top of people’s minds, including investors,” Mr. Nash said.

Fuel-cell skeptics, however, worry about a replay of the reckoning that investors faced 20 years ago.

“It was a giant belly flop because [fuel cells are] way too expensive. In my view, they have no credible line of sight on being broadly commercially viable,” Mr. Irwin said. 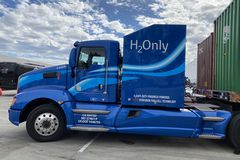 Opinion
Why the clean economy is still a work in progress
October 7, 2019 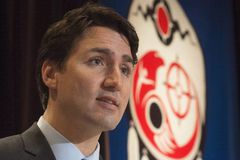 Hydrogen-powered cars are the future. But are we ready?
July 9, 2019 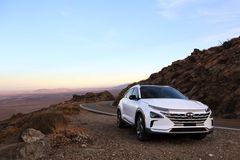