A meteoric rise in Shopify Inc. shares in recent weeks has made the Ottawa-based e-commerce giant the single largest IT listing in the country, a title previously held by home-grown champions of technology past and present, including Nortel Networks Corp., BlackBerry Ltd. predecessor Research in Motion Ltd, and, most recently, CGI Group Inc.

With a $24.7-billion market capitalization, Shopify finds itself atop Canada’s tech sector at a pivotal stage in its evolution.

“When you’re a smaller company, it’s achievable to grow at a triple-digit or high double-digit pace for a few years. Now, that they’re at $1-billion in revenue, that growth is much more difficult,” Mr. Madden said.

Shopify is expected to post its first 10-figure annual sales total when it reports fourth-quarter financial performance on Feb. 12.

Over the past five years, the company’s revenue has risen tenfold, which is just the kind of growth the market has been happy to handsomely reward.

After a shaky start to its life as a publicly traded company in 2015, Shopify was eventually swept up in the frenzy for U.S. tech stocks, as investors clambered for exposure to the high-growth FAANG stocks − Facebook Inc, Apple, Amazon.com Inc, Netflix Inc and Google-parent Alphabet Inc. − and their peers.

One of the few interruptions to that upward trajectory came in October, 2017, when well-known U.S. short-seller Andrew Left suggested that Shopify was concealing a high rate of churn in its customer base, calling the company a “good ol' get-rich-quick scheme.”

While the dip in Shopify’s shares proved temporary, the report raised some valid concerns about whether the company can sustain its growth, Mr. Madden said.

“The implication was that they’re having to constantly replace customers, and the treadmill just moves faster and faster as the company gets bigger.”

Like most growth stocks, fair value for Shopify is an elusive concept. The company has yet to register a profitable quarter on a GAAP (generally accepted accounting principles) basis, while an adjusted net income of about 31 cents a share is expected for fiscal 2018, according to Bloomberg data.

At a current share price of more than $223, that results in astronomical valuations by the most common metrics. “It’s very difficult to assign a value to that, so you get this tug of war in terms of price discovery,” said Jason del Vicario, a portfolio manager at HollisWealth, a division of Industrial Alliance Securities.

Over the past year, Shopify’s stock has been highly volatile, trading as low as $147 and as high as $230.

Of course, the tech-sector selloff and the late-year correction had much to do with that, as Shopify was punished alongside other growth stocks.

As the market subsequently stormed back with the best month of January for the S&P 500 index since 1987, Shopify caught the updraft, rising by 38 per cent from its Dec. 24 low.

It was that leg up that saw Shopify become the largest tech stock on the Toronto Stock Exchange.

And until proven otherwise, Shopify is in a class of its own when it comes to the thinly populated Canadian tech sector, Mr. Madden said.

“If you’re looking for raw, rapid, organic growth in new and rapidly growing markets, Shopify is your horse.” 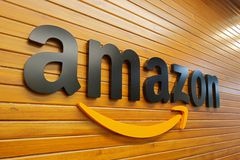 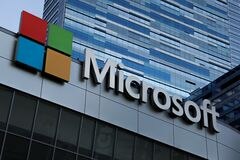