What have short sellers been up to lately? Let’s look at three things: they continued to pile into bond exchange-traded funds (ETFs) during September, five companies were targeted by activist short sellers in the third quarter and there were significant increases in the cost to borrow shares in some firms – one of which, Brookfield Property Partners, is highlighted here.

ETFs with the largest increases in short positions

15 ETFs with the biggest increases in short positions (Sept. 15-30)

Table includes only ETFs who increases were greater than 50

The bets against bond prices mirror events in the United States. The Commodity Futures Trading Commission has recently reported increases in shorting of futures contracts for U.S. Government bonds. In fact, there was a record-level short position in 30-year Treasury futures on Oct. 6.

Short sellers appear to be expecting that recent signs of economic recovery will gather more steam, especially since Capitol Hill is talking about another round of fiscal stimulus and the search for a COVID-19 vaccine should achieve a breakthrough at some point.

Nonetheless, the record level of short positions in U.S. government bonds poses the specter of a short squeeze in the near term. Some negative news on the economic recovery could trigger a wave of short covering that bids the prices of bonds back up for a time.

When activist short sellers find overvalued companies and fraud, they disseminate their bearish views through research reports, media interviews and social media. Research firm breakoutpoint.com keeps track of this group’s actions in global markets and reports that 5 campaigns were launched against Canadian companies in the third quarter of 2020. The majority are interlisted, trading mainly on U.S. exchanges and targeted by U.S activist short sellers.

Campaigns launched by activist short sellers in the third quarter

Facedrive Inc. has a ridesharing app with an option for hailing electrical vehicles. The company was valued at 900-times revenues in July, the month Hindenberg Research’s report came out.

GFL Environmental Inc. is a waste-management company. Past dealings and the connections of some of its executives have been questioned by Spruce Point Capital in an August report.

Northern Dynasty Minerals is applying to develop a mineral property in Alaska. It is unlikely to obtain the permits due to environmental issues, says J Capital Research’s September report

Green Power Motor is an electric bus company whose revenues come mainly from a subsidy program. Mariner Research’s September report warns that the subsidy is at risk.

The rising cost to borrow shares in Brookfield Property Partners

The 22-per-cent gain over the past month in the shares of Brookfield Property Partners L.P. would seem to suggest its global investments in office towers and shopping malls are going to be alright. Although the shift to online shopping and home-based work – and now the Covid-19 pandemic – has hit these assets hard, parent company Brookfield Asset Management Inc. is providing back-up.

Yet bearish sentiment toward Brookfield Property Partners has grown among short sellers in 2020, as highlighted by the escalation in the cost to borrow shares in the company. The annualized borrowing rate began the year just above 1 per cent but has spiked several times on an upward trend, breaking above 50 per cent in October.

If you are impressed by the stellar investment track record of the parent company and want to buy shares in its subsidiary, consider going through a broker that shares lending fees. The current dividend yield of 10.3 per cent is rich but if a broker transfers over lending fees, the total income received will yield even more, closer to 25 per cent (if borrow fees continue to stay high).

Of course, that is not a risk-free income stream. The heightened demand to borrow the stock could possibly foreshadow a dividend cut. Although the parent company has stepped forward with financial support in various ways, such as a share buyback and taking minority stakes in retailers, cash is tight at Brookfield Property following a drop of more than 50 per cent in rental collections. Signs of stress include the recent laying off of 20 per cent of its retail division staff.

Why a former BMO chief economist is counting on bank stocks and dividends to power her portfolio
Subscriber content
October 15, 2020 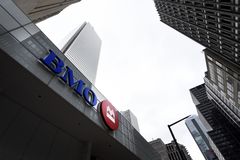