More short-sellers are placing bets that marijuana stocks are headed downward as five cannabis stocks hit the latest short-sellers lists published by The Globe and Mail.

Of course, the legalization of cannabis in Canada and several states within the United States creates a substantial commercial opportunity. But short-sellers seem to be saying that the run-up in marijuana stocks over the past 18 months may be overestimating the growth potential.

The first graphic shows the top 20 Canadian companies in terms of the percentage of shares on loan as of June 12. Shares on loan serve as a proxy for short sales because short-sellers have to first borrow shares in order to sell. These data are supplied by global data firm IHS Markit from their daily surveys of brokers in the securities-lending market.

Investors shorting a stock borrow the shares from a broker, sell them and hope to replace the shares that they’ve borrowed at a lower price in the future and pocket the difference. It’s a bet that a stock’s price will drop.

Badger Daylighting Ltd., Quebecor Inc. and First Majestic Silver Corp. once again topped the table. Badger Daylighting’s first-mover status in hydrovac trucks (used for earth excavation) is facing rising competition; Quebecor is a media company where the short interest may largely reflect arbitraging/hedging of its convertible debentures; and First Majestic Silver Corp. is a Mexico-based silver miner with some past execution miscues and a large acquisition to digest.

Most of the other incumbents saw changes in their rankings. Some of the increases in short positions were registered by Canadian Western Bank, Maxar Technologies Ltd. and WestJet Airlines Ltd. Canadian Western Bank is based in Alberta where the risk of loan losses has grown because of the underperforming economy; Maxar Technologies is diversifying away from a slowing satellite business into digital Earth imagery – while carrying a heavy debt load; and WestJet Airlines is dealing with higher fuel prices and increased competition from discount carriers.

Two new faces in the first list are cannabis firms Aphria and Canopy Growth. Aphria, one of the lower-cost growers, has seen its stock slide this year after a big run-up in 2017. Canopy Growth is considered the dominant firm in the sector but its valuation is rich and uncertainties abound, such as government regulations and a potential for a supply glut from the plethora of new producers rushing in.

The second graphic ranks the 20 Canadian companies with the highest cost to borrow their shares. The cost to borrow is another way to gauge bearish sentiment. It is particularly useful when the number of shares available for borrowing is small and short-sellers reveal their bearish sentiment less through the number of shares sold but by how high they bid up borrowing costs.

Concordia International Corp. and Street Capital Group Inc. are at No. 1 and No. 3 on the list, respectively. Concordia International is a going concern as it attempts a transition to a new business model. As a mortgage lender, Street Capital is exposed to the Canadian housing sector, where some observers say prices have increased to untenable levels.

There are also companies from sectors that have become richly valued from investors stampeding in, such as lithium (used in electric cars) and cannabis. The latter sector alone has seven entries on the second list.

Several new companies have landed on the second list this month: Let’s look at some of them.

Cannabis Wheaton Income Corp., to be renamed Auxly Cannabis Group Inc., provides financing to marijuana producers in return for an equity stake and share of their output. The company had revenue of just more than $600,000 in the last quarter and is valued at $700-million on the Canadian Venture Exchange.

MedMen Enterprises Inc., an upscale cannabis retailer in the United States, listed for trading on the Canadian Securities Exchange in May. It aims to raise capital to expand operations faster. It is valued at $1.4-billion and currently has 12 stores in New York State, Nevada and California.

Delta 9 Cannabis was one of the first companies to be licensed for commercial medical cannabis production in Canada. But the company hasn’t aggressively scaled up to grab market share, so it remains a niche player in Manitoba and has a declining share price.

Brookfield Property Partners LP is focused on commercial properties. As with other companies with a high-yielding stock and substantial debt, it has been under pressure because of rising interest rates. Other concerns: the impact of online shopping on bricks-and-mortar retailers and a dilutive issue of new shares.

Resverlogix Corp. is a clinical stage biotech company developing an inhibitor for the treatment of cardiovascular, diabetes, Alzheimer’s and other diseases. A lot rides on whether or not the company’s proposed treatments become commercially viable.

This pot-paraphernalia company promises a great party if you pledge to hold its stock for three months
Subscriber content
May 18, 2018 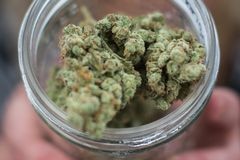 Marijuana is the new beer as pot growers look to drinkable weed
June 7, 2018 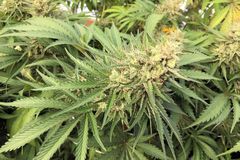 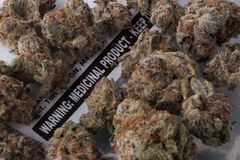