Sierra Wireless Inc. seems to be in perpetual transition, always on the cusp of reaping great fortunes from the lofty potential of the “internet of things” (IOT), but never quite getting there.

More than a decade after the company shifted into the technology enabling devices to communicate with each other, its shares hit a six-year low in August after a string of unprofitable quarters.

On Monday, its stock, as a result of its diminished market value, is set to be removed from the S&P/TSX Composite Index – the latest dubious milestone for the index’s worst-performing tech stock over the past five years.

Now, Sierra Wireless is in the midst of another repositioning, this time away from hardware sales and into IOT services. And like all corporate turnarounds, this one will take time.

But at least the company’s balance sheet is in good shape, with about US$85-million in cash and little debt at the end of the second quarter, said Jason Mann, chief investment officer of Toronto-based EdgeHill Partners. “That gives them time to turn around the business. It’s certainly not a lost cause.”

After taking over as Sierra’s chief executive officer last November, Kent Thexton introduced a plan to increase recurring software and services revenue in the face of slowing sales of wireless modules, particularly in the automotive sector.

The company’s products have been used to equip millions of vehicles with embedded cellular communication over the years.

But global vehicle production is in a prolonged slump amid a broader slowdown in trade, manufacturing and growth, which in turn has weighed on Sierra’s revenue.

“We may have reached peak auto,” Mr. Thexton said on an investor call in July.

He added: “We’re showing good early progress as we continue our transformation to become the dominant IOT solutions company.”

The goal is to increase revenue from services by about US$300-million a year over the next five years, which could result in US$1.5-billion boost to the company’s valuation, effectively quadrupling the value of the stock, RBC Dominion Securities analyst Paul Treiber wrote in a research note.

But a recognition of that value by investors will require “tangible signs of the company’s growth,” Mr. Treiber said.

The company has not exactly earned investor confidence up to this point.

Since the share price peaked in early 2015, it has declined by nearly 75 per cent. And the company’s growth ground to a halt, with 2019 revenue expected to decline from last year.

The stock has also been wildly volatile, particularly surrounding quarterly earnings reports. In February, for example, the company downgraded its financial forecasts while presenting its fourth-quarter results, sending its stock down by 27 per cent in one day.

“They either beat or miss by a country mile, historically,” Mr. Mann said, noting that his firm EdgeHill has a short position on the stock.

His third condition is a high valuation, and this stock checks that box as well, he added.

Despite its long ride down, Sierra’s stock trades at about 14 times 2020 earnings estimates. A more appropriate multiple would be 12 times, which “reflects uncertainly around the company’s transition plan,” CIBC World Markets analyst Todd Coupland said in a note.

If the company is successful in repositioning itself, the industry in which it operates should certainly play its part, said Bruce Murray, CEO of Murray Wealth Group, which owns shares of Sierra Wireless.

The next generation of mobile networks, known as 5G, which is around 100 times faster than its predecessor, is expected to lead to many billions of additional connected devices.

“This technology requires public infrastructure behind it, which it’s still going to take some time to develop,” Mr. Murray said.

Editor’s note: An earlier version mistakingly said the company had US$85-billion in cash, instead of $85-million

AT&T and Dish not discussing DirecTV deal, due to regulatory hurdles: source
September 18, 2019 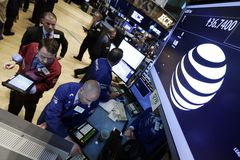 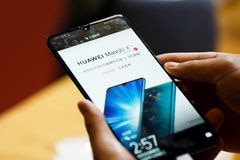 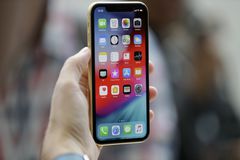