Silver futures and precious-metals stocks surged on Monday as amateur investors in online chat groups turned their attention to a corner of the commodities market, amid heavy trading that bore similarities to last week’s speculative frenzy over stocks such as GameStop Corp. and AMC Entertainment Holdings Inc.

The price of silver rose 8.1 per cent, touching a new eight-year high of US$30.35 an ounce during the day. The iShares Silver Trust , an exchange-traded fund that held nearly 602 million ounces of silver on Friday, rose 7 per cent amid frenetic trading. Volume spiked to about 270 million units, or nearly nine times the average daily volume over the past couple of months.

“It’s hard to say what the impact of Reddit and retail investors has been, but you have to believe that they are certainly contributing to the move in the silver price. Silver has moved so much more than any other commodities and much more than it would normally move,” Trevor Turnbull, an equities analyst at Bank of Nova Scotia, said in an interview.

In a joint statement released Monday, the Canadian Securities Administrators and the Investment Industry Regulatory Organization of Canada responded to the recent surge in unusual market moves by warning investors to consider the source of information when making investment decisions.

“Online chat rooms are unregulated and may contain information that is inaccurate or inappropriate for some investors,” the Canadian regulators said in their statement.

Meanwhile, the ongoing trading fascination with GameStop and other stocks targeted in Reddit chat groups continued to reverberate through Wall Street. Robinhood Markets, a popular U.S. trading app, had to scramble to raise another US$2.4-billion to satisfy collateral requirements from clearinghouses that process the brokerage’s trades, on top of US$1-billion raised last week. Robinhood needed the capital to backstop the surge in trading through its service, and accommodate a flood of new accounts.

Monday’s gains in silver might look relatively tame next to the jaw-dropping moves by GameStop, a struggling video-game retailer. GameStop shares rose more than 320 per cent last week. Short-sellers who had bet against the stock were forced out of their trades in what’s known as a short-squeeze, adding to buying pressure. On Monday, however, GameStop shares sank 31 per cent, while the broader market regained much of Friday’s losses.

Observers noted that interest in silver has some merit. The metal is an important industrial input for solar panels and electric vehicles, where demand is rising. Silver also behaves like gold, in that it can act as a currency alternative and a hedge against inflation.

“The silver demand looks pretty good. The market was already thinking that it could be tighter,” Bart Melek, global head of commodity strategy at TD Securities, said in an interview.

He added that the price of silver also jumped last year with an upbeat fundamental backdrop, long before the role of Reddit chat groups became widely known. From a pandemic low in March, silver futures rebounded nearly 150 per cent by August.

This time, amateur investors who may not have access to the futures market or want to take delivery of actual silver bullion are turning their attention to accessible ETFs like the iShares Silver Trust fund. Interest in the fund suggests that more silver will be held in investment vehicles rather than put toward industrial uses, adding to demand for the commodity.

“If this trend continues for a significant amount of time, what we could very well see is the supply-demand balance tilt into a deeper deficit,” Mr. Melek said.

But that doesn’t mean that the rising interest in silver will end well for investors chasing momentum. If momentum shifts again, silver could flow out of ETFs just as fast as it moved in, overwhelming supply and driving prices into a correction.

Observers also pointed out that the silver market is much larger and more complex than the sort of small, struggling companies that Reddit forums had targeted previously. Many investors who bet against silver are merely hedging their positions – unlike the short-sellers who bet against GameStop – making them less likely to abandon their trades if silver prices continue to rise.

“I think [investors on Reddit] are going to hit a wall. It’s going to be tough to replicate what they’ve done within the small-cap world, where it doesn’t take a lot of marginal money to move the stock by a lot,” Fred Demers, director of multi-asset solutions at BMO Global Asset Management, said in an interview.

Reddit is coming for silver. A short squeeze? Unlikely
February 1, 2021 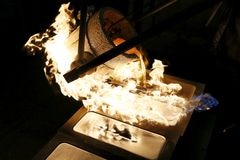 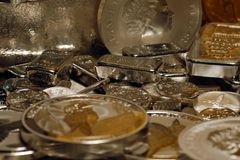 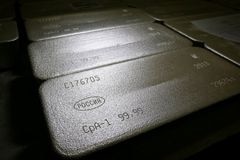