The latest winning streak in small-cap stocks is a pretty good indication that markets have begun to price in the end of the pandemic.

In a year dominated by the largest and most growth-oriented stocks on the market, the past few weeks have belonged to smaller stocks and companies more tightly linked to the cycles of the global economy. Since the end of October, the S&P/TSX SmallCap Index has gained 16 per cent, while the U.S. Russell 2000 small-cap index is on track for its best month on record.

This shift from big to small has coincided with a string of overwhelmingly positive news around COVID-19 vaccines.

“There’s a lot more comfort around vaccines, and it looks like there’s now a path to economic recovery,” said Aubrey Hearn, head of equities at Sentry Investment Management.

“When people get worried about the economy and the pandemic, they tend to sell small caps first and ask questions later.”

To many market watchers, a prolonged rally in smaller stocks would not only suggest growing economic confidence. It would also be a sign of a healthier and more sustainable bull market.

Pandemic-era market stock markets have been peculiar in their lack of breadth. While overall returns have been considerable since the low point was hit in March, relatively few stocks were responsible for posting most of those gains.

Up until last month, for example, the five largest stocks in the S&P 500 – Apple Inc., Microsoft Corp., Amazon.com Inc., Alphabet Inc. and Facebook Inc. – were collectively up by 40 per cent year to date, while the remaining 495 stocks in the index were slightly negative.

While the returns haven’t been quite so concentrated in Canada, narrow leadership has been an issue here, as well.

It’s normal and expected for the masses of small-cap stocks to suffer disproportionately when a major economic shock courses through the market. Smaller companies have fewer ways to weather the storm than, say, big conglomerates.

Additionally, shrinking risk appetite on the part of investors drives fund flows out of small cap and into large cap. When growth is a scarce commodity, markets favour companies that can expand of their own accord.

When the recovery eventually takes hold, preferences tend to shift back toward small caps. After the global financial crisis, for example, the Russell 2000 beat the S&P 500 in four of the following five years. Canadian small-cap returns, meanwhile, nearly doubled the broader market’s gains in the first two years of that recovery.

Small-cap outperformance has been more elusive in the current bull market. With so much uncertainty around the global fight against COVID-19, the economic confidence needed to spark a major small-cap rally has not materialized, until this month.

Announcements by Pfizer Inc., Moderna Inc. and AstraZeneca PLC on the effectiveness of COVID-19 vaccines greatly exceeded expectations, sending economists scrambling to recalibrate their forecasts for a recovery.

“Those are pretty bullish indicators for the health of the global economy in the not too distant future, said Mike Archibald, a portfolio manager at AGF Investments Inc. “And small caps tend to have the most leverage to improving economic conditions.”

That applies to the Canadian market more than most, Mr. Archibald added. The small-cap materials sector skews toward copper names rather than gold, when compared with the S&P/TSX Composite Index. And small-cap energy in Canada is tilted toward exploration and production companies (E&Ps) rather than pipelines. Both copper and the E&P space are highly cyclical and well positioned for an economic resurgence.

Similar to the long-awaited rotation into value stocks, small-cap investors have been waiting for a good run for a long time. There have been many false starts on the way.

“I’m in the camp that it’s for real this time,” Mr. Hearn said. “The big factor is the vaccines.” 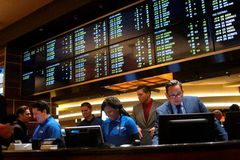 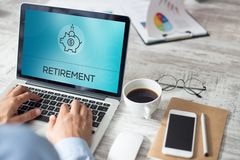 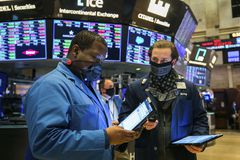