Enthusiast Gaming Holding Inc. (EGLX-T) shares are surging after the e-sports company reported earnings that blew most past estimates and amid the rapid growth in online gaming and entertainment, particularly during the pandemic.

Shares of the Toronto-based company rose by as much as 14 per cent in Wednesday trading to $2.45, its highest point since graduating to the Toronto Stock Exchange in late January. The stock has since pulled back a bit to $2.30 in mid-day trading. It’s up 30 per cent in the past five trading days.

Enthusiast Gaming, which describes itself as the largest gaming platform in North America and the United Kingdom, recently announced plans to list on the Nasdaq, which analysts say will likely happen early in the New Year and is giving the stock more attention alongside the rapid rise in online sports and entertainment. The industry’s growth accelerated amid the pandemic with professional sports cancelled or curtailed and people being forced to spend more time indoors.

“Enthusiast Gaming is a one-stop shop for access to a highly attractive audience: young affluent video game enthusiasts,” Canaccord Genuity analyst Robert Young said in a Nov. 17 note. “This group is sometimes referred to as the untouchables as they are difficult to reach.”

Mr. Young increased his price target on the stock to $3.75 from $3.25 after the latest earnings and changed his rating to “buy” from “speculative buy,” citing “improved outlook and strong execution to date.”

“As the financials stabilize, we expect investors to recognize significant value in EGLX shares,” he wrote, citing the company’s stock ticker.

After markets closed on Monday, Enthusiast reported record revenue of $16.3-million for its third quarter ended Sept. 30, up 133 per cent versus $7-million a year earlier, which was ahead of expectations of $14.8-mllion. Its net loss was $8-million or 10 cents per share up from a loss of $6.5-million or 9 cents a year ago.

The earnings only partially include what Enthusiast calls its “transformational” acquisition of Omnia Media in August.

“We continue to believe Enthusiast has made great strides in 2020, increasing content reach and monetization via acquisition of new properties and talent while orchestrating its first direct marketing campaigns with global advertisers,” stated B Riley Securities analyst Mike Crawford in a Nov. 17 note. He has a “buy” recommendation and $3 target on the stock.

He believes the company is poised for “double-digit top-line and gross margin growth,” especially after fully integrating Omnia into its business.

Paradigm Capital analyst Corey Hamill has a “buy” rating and $4.25 target on the stock, which was unchanged after the recent earnings, which he says were largely in line with his expectations.

Mr. Hamill says the company is investing heavily in growth “and is less focused on earnings in the near term.” He also said in his Nov. 18 note that a potential acquirer of Enthusiast Gaming “would be a much larger company who is looking at revenue and is less concerned with EGLX’s cost structure.”

Moez Mahrez, an investment analyst with 5i Research Inc., describes Enthusiast as a “higher risk and higher volatility type of name,” with pros and cons for investors.

He notes the company has a large base of about 300 million users “with big potential for monetization,” however a risk is that it’s not there yet. Plus, it’s losing money and has negative cash flow, he says.

On the plus side, Mr. Mahrez says insiders own more than 20 per cent of the company. “We always like to see that management has ‘skin in the game.’”

Mr. Mahrez also believes the future Nasdaq listing should increase its exposure to U.S. investors, but it’s not a guarantee it will benefit the stock.

“The company has not received as much support from Canadian investors so we are yet to see how a Nasdaq listing will turn out,” he says. “Management has good sector experience, but not that much public company experience.”

Mr. Mahrez cautions investors about getting into the stock at this point:

“It is still a small company that still has quite a lot to prove as far as growing profits, cash flows and even monetization,” he says. “The potential is there and we think it will benefit from tailwind growth in the gaming industry if management execution is solid. Investors should expect volatility in owning this name, but with the aim of long-term gains.” 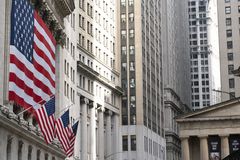 How investors can play the rise of the e-sports craze
Globe Advisor content
March 5, 2020 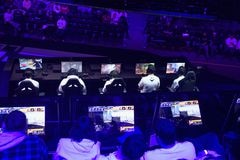