A swift rebound in high-dividend stocks helped fuel the best first quarter for Canadian equities in nearly 20 years, raising concerns that those pockets of the domestic stock market have become overheated.

Since the sell-off that enveloped markets globally ended in late December, there has been a renewed appetite for stocks paying generous dividends.

Canadian real estate and utilities sectors are up by around 20 per cent since the rally began, while most domestic pipeline names have gained even more.

After packing in a solid year’s worth of returns in just a few months, it may be wise to treat some of the market’s hottest names with caution, said Robert Sneddon, president and chief portfolio manager of CastleMoore Inc.

“Rate sensitives are looking a little tired right now,” Mr. Sneddon said. “I don't think the economy is late cycle yet, which is when interest rate sensitives would dominate.”

The same sectors with the highest dividend payouts are also among those most vulnerable to rising long-term interest rates. And as fears of an imminent global recession fade, Canadian benchmark bond yields have begun to nudge higher.

Last fall’s stock market correction coincided with a growth scare over softening economic data and trade tensions between the United States and China, all while global central bankers were sticking to the script on removing stimulus and raising rates.

Not long after the market meltdown, U.S. Federal Reserve chair Jerome Powell signalled a willingness to change course, as did Bank of Canada Governor Stephen Poloz.

The about-face by the central banks not only helped fuel the recovery, it also helped spur demand for rate-sensitive stocks in particular, as bond yields plunged.

In late March, the benchmark Government of Canada 10-year bond yield sank to a 21-month low of about 1.5 per cent, down from 2.6 per cent less than six months earlier.

Falling rates also push income investors into the stock market in search of a decent yield, which is why high-dividend sectors are also called “bond proxies.”

All of which helps to explain why rate-sensitive sectors have soared this year, and why some investors are growing leery of that run.

Canaccord Genuity analysts, meanwhile, said they are “taking our foot off the gas” regarding Canadian REITs. “Following a significant run-up in unit prices this year, our total return forecasts have declined materially for a number of REITs,” wrote the analyst team led by Mark Rothschild.

Over the longer term, the appeal of rate-sensitive stocks will depend on the outlook for the domestic and global economies, as well as the closely related forecast for bond yields.

Over the past week, demand for bond proxies seems to have paused, at the same time as the yield on Government of Canada 10-year bonds ticked up to 1.7 per cent.

Recent economic readings, after all, have been encouraging, Mr. Sneddon said. “There have been a few good data points in the U.S., Canada, and China. I wouldn’t be surprised if talk of rising interest rates starts to creep in again.”

On the other hand, the world’s two largest economies are still at odds over trade, while uncertainty reigns in Europe over Brexit. An unpredictable geopolitical backdrop will dictate the direction of interest rates, and in turn, the fortunes of rate-sensitive stocks, said Darren Sissons, a portfolio manager with Campbell Lee & Ross Investment Management.

“We’re probably in for lower rates for a period yet, which suggests that rate sensitives are not a bad place to be today,” Mr. Sissons said. 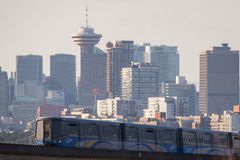 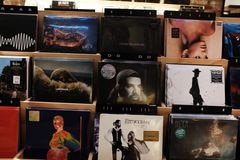 Markets should shift their outlook from ‘hope’ to ‘fear’ Subscriber content
April 1, 2019