In a world of ratcheting trade tensions, new-economy companies are proving to be just as vulnerable to international disputes as musty old-economy stalwarts such as steel makers or auto companies.

Share prices of the FAANGs – Facebook Inc., Amazon.com Inc., Apple Inc., Netflix Inc. and Google’s parent, Alphabet Inc. ­− have tumbled in recent days. There are multiple reasons for their slides, but one of the largest forces dragging them down is the growing possibility that countries outside the United States will unleash a new wave of taxes and regulation on the tech superstars.

Getting tough on these all-American giants makes a lot of sense from the perspective of a foreign-policy maker. It’s a smart way to simultaneously raise tax revenue while addressing genuine problems such as Facebook’s easy ways with user data.

Until now, the FAANGs have always been able to count on Washington’s automatic support in international disputes. That may no longer be true.

Donald Trump, in particular, has no reason to love the tech sector, which generally leans Democratic. To the U.S. President’s considerable displeasure, the digital economy has spawned billionaires such as Amazon founder Jeff Bezos, who also happens to be owner of The Washington Post, a constant thorn in Mr. Trump’s side. In what may be a not-entirely unrelated phenomenon, the website Axios reported on Wednesday that sources agree the President is “obsessed” with Amazon and wants to bring it down.

To be fair, the leaders of U.S. tech are adding to their own problems with their shambling responses to international concerns. Mark Zuckerberg, founder and chief executive of Facebook, was late in stepping forward to deal with the furor over the user data obtained by Cambridge Analytica, a British company. He then aggravated the insult this week by declining to appear before British MPs investigating fake news and sending a substitute instead.

For its part, Google was hit with a record €2.4-billion ($3.8-billion) fine last year after the European Union decided the online giant had rigged its search results to favour its own shopping service. This week, The Telegraph newspaper in Britain reported that Margrethe Vestager, competition commissioner in the European bloc, remains deeply suspicious of Google’s dominance and has not ruled breaking it up.

One sign of the European Union’s growing aggressiveness is its proposal, unveiled this month, for a 3-per-cent tax on the digital revenues of online giants. The levy, which could raise up to €5-billion a year, would be imposed on money generated from digital advertising and subscriber fees, as well as on the cash raised from selling users’ personal data to market research firms and others.

Investors are just beginning to grapple with the potential impact of such moves. The fall in the share prices of the FAANGs, as well as the wider weakness across the technology sector, demonstrates the growing awareness that tech’s future may be rockier than its past.

Higher taxes and more regulation, particularly when it comes to customer data, are by far the most likely outcome of the current conflicts. Far scarier would be an escalating trade war in which each region would move to protect its own tech assets. For now, it’s hard to predict what shape official action might take. But the FAANG stocks are, in general, so generously priced that it would require little to knock them down further. With Amazon shares changing hands for more than 300 times earnings, and Netflix stock going for more than 200 times profits, any factor that upsets the sky-high expectations around them is reason for a sell-off.

The smartest move for investors may be to wait and watch how the tech giants react to the current concerns. To date, the FAANGs have consistently disappointed. Despite huge budgets, they’ve failed to address genuine concerns over fake news, customer privacy and the disruptive impact of their operations in jurisdictions where they pay little in taxes.

The real surprise is how little prepared they were for what seems, at least in retrospect, to have been an inevitable backlash. The first step in restoring their appeal to investors would be evidence of a new attitude. 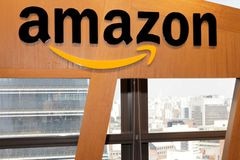 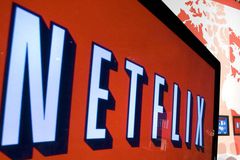 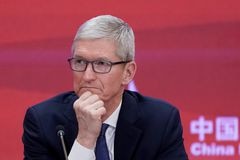