Canadian telecommunications companies are cutting prices for some of their wireless services. That’s good news for phone-toting consumers, but it might not be so great for many investors.

The reason? The shares of Rogers Communications Inc., BCE Inc. and Telus Corp. are trading at premium valuations relative to many of their global peers, which might not be justified in the face of rising competition.

“Canada has been seen as something of a ‘safe haven’ among global communications due to rational network-based competition amongst incumbents and a reasonable regulatory environment," Adam Ilkowitz, an analyst at Citigroup, said in a note. "The valuation premium that Canadian communications stocks carry relative to U.S. stocks may be put to the test as this is tested by more aggressive wireless pricing.”

Comparing telecom share prices with their trailing 12-month earnings gets to the root of the issue. BCE, Rogers and Telus shares trade at an average of 19 times earnings. That’s steep relative to the broader stock market, and also significantly higher than AT&T Inc and Verizon Communications Inc, which have price-to-earnings ratios of 12.7 and 14.7, respectively.

The high valuations made some sense during strong growth in wireless penetration in Canada and stable pricing for wireless services. Big dividends have also supported valuations: BCE has a dividend yield of 5.2 per cent, while Telus yields 4.6 per cent and Rogers 2.8 per cent.

Their quarterly payouts look especially enticing at a time when the Bank of Canada has put interest-rate hikes on hold amid simmering trade tensions and a weaker global economy. The central bank left its key interest rate unchanged on Wednesday.

But 88 per cent of Canadians now own a mobile device and 19 per cent of households have three or more mobile devices, according to 2018 data from the Canadian Radio-television and Telecommunications Commission, which could limit growth.

What’s more, widespread criticism that Canadians pay a lot for wireless services relative to other developed countries appears to be getting through to national carriers.

“We expect [Telus’s second-quarter] results to show continued solid results, with continued subscriber and revenue growth," Mr. Ilkowitz said in his earnings preview note released to clients on Tuesday. "However, we expect conversation to focus on the new ‘Peace of Mind’ wireless pricing plans and the impact to near- to medium-term growth and free cash flow.

Telecom stocks have held up reasonably well – possibly as concerns about the economy and the outlook for lower interest rates (potentially a good backdrop for relatively defensive telecom stocks) override worries about price wars. Telus shares are down just 4.7 per cent from their recent intraday highs. Similarly, BCE shares are 3.7 per cent below their recent highs and Rogers shares are down 5 per cent, suggesting that concerns about valuations in light of rising competition aren’t widespread.

“Some initial rumblings [in June] suggested a price war was being triggered. Such is not likely the case. These moves are about much more, including, importantly, adjusting consumer behaviour leading up to 5G,” Adam Shine, an analyst at National Bank Financial, said in a June 20 note, referring to the new generation of cellular network technology that will likely lead to a spike in mobile data usage.

He believes that there’s even an upside here for telecom companies: “Removing overages from bills can be expected to provide more certainty in billing, less bill frustration and, thus, less calls [to call centres]. This should lead to improved customer satisfaction, lower churn and reduced costs,” Mr. Shine said.

Can consumers and investors both do well here? That’s the hope – but high stock valuations suggest that there’s a lot at stake. 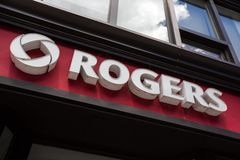 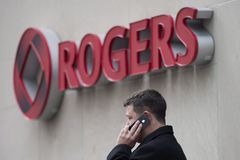 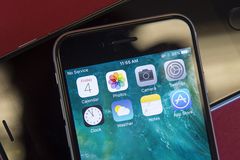