Looking back on a year of endless, overwhelming disruption to daily life, the 2020 global stock market crash stands out for its incredible efficiency.

In contrast to the agonizing longevity of the COVID-19 pandemic, the panic in financial markets was essentially over in a couple of fiercely volatile weeks.

During the previous such era-defining selloff, which resulted from the global financial crisis of 2008, the S&P/TSX Composite Index took about nine months to bottom out, having dropped by 50 per cent over that time.

This time around, barely a month separated the trough from the peak, during which the Canadian benchmark index dropped 37 per cent. Even within that small window, the losses were heavily concentrated in just 11 trading days in March, when a 30-per-cent plunge struck fear in the hearts of investors big and small.

And then it was over. A rally of similarly dramatic proportions took hold, and in a little more than one month, the composite index gained 35 per cent.

This is not how market cycles are generally supposed to play out, on either the way down or the way back up. “The timeline is being shortened,” said David Picton, president of Picton Mahoney Asset Management. “Changes in market structure are shifting the rules as to how markets react in bear and bull markets.”

If lightning speed is a permanent feature, then many investors need to rethink how they navigate major market events.

In late March, stock markets globally were quickly gathering strength, even as the pandemic was intensifying, stay-at-home orders were being issued and entire industries were shutting down. A common market view at the time was that a retest of the lows was sure to come.

An enormous move to safe havens hinted at widespread skepticism toward the rally. Between February and April, the total balance in North American money-market funds rose by nearly 50 per cent, as investors plowed hundreds of billions of dollars into cash.

There is plenty of research emphasizing the disastrous effects of mistiming the market on long-term returns.

One JP Morgan report from 2019 looked at how US$10,000 invested in the S&P 500 over the previous 20 years would have fared through various scenarios. Fully invested the entire time, that money would have grown to about US$30,000, making for an average annual return of 5.6 per cent.

But missing out on just the 10 best days of the year would have cut the ending value of the investment by more than half, and reduced the average return to 2 per cent. An investor missing the 20 best days would have lost money.

The stock market also tends to offer up its greatest returns when they are at their most volatile. The same JP Morgan report found that six of the 10 best days in that 20-year period occurred within two weeks of the 10 worst days.

The past year 2020 was a prime example of that. The worst day of the selloff was on March 12, when the S&P/TSX Composite Index tanked by a nauseating 12 per cent. Less than two weeks later, on what would turn out to be the start of the recovery, the index gained 12 per cent in one day. Within three trading days, the index was up by nearly 20 per cent.

“If you blinked, you missed the biggest part of the recovery,” said Kurt Rosentreter, a financial adviser at Manulife Securities. “That’s the reason there are still a lot of people in cash right now.”

The market never offered up another entry point that was nearly as attractive. Investors waiting for a double bottom either had to accept they made a mistake and buy in mid-rally, or they are still on the sidelines.

One classic approach to investing in volatile markets is to “average in.” Putting money into the market gradually, in intervals, rather than in a lump sum, can help smooth out the losses resulting from unfortunate timing.

So why did everything unfold so fast this year?

A big part of the answer lies in the policy response. Unlike during the global financial crisis, there weren’t the same fears about rewarding bad actors and bailing out big banks. The politics of stimulus weren’t as murky, Ms. Lau said.

“When you’re bickering and finding fault and pointing fingers, it can take a long time for things to get through. This time you didn’t have that issue, because it was nobody’s fault. So everybody got on board fairly quickly.”

Central banks and governments around the world unleashed trillions of dollars in emergency spending. The U.S. Federal Reserve announced much more in emergency measures over a two-week period in the spring than it did through the entire global financial crisis.

Central bank asset purchases effectively backstopped financial markets, setting the stage for an abrupt and distinct turning point and a swift restoration of risk appetite. And since the collective response to the pandemic apparently succeeded in staving off a global depression, investors should expect that same playbook to apply to future crises.

Meanwhile, the prevalence of leveraged trading strategies may have amplified market moves in both directions, Mr. Picton said. “A lot of institutional investors and funds are taking on more leverage to try and generate enough returns to meet their targets.”

Many of these strategies, such as risk parity, use volatility to determine asset allocations. When markets are in turmoil, these kinds of funds automatically reduce their positions, creating a herding effect and adding to market volatility, Mr. Picton said.

“So when you get volatility spikes you’re going to see the damage play out more aggressively and more swiftly than you would have expected.”

As long as interest rates remain depressed, by historical standards, investors will probably continue to use leverage to juice up their returns, Mr. Picton said.

Investors should heed the lessons of 2020′s hyperspeed markets for the next time the big one hits. If you wait for just the right moment to pounce, you’ll probably be too late. “You might just sit there on the sidelines missing the whole thing,” Mr. Picton said.

Have markets priced in all the good vaccine news? Not when it comes to these stocks
Subscriber content
November 24, 2020 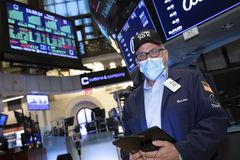 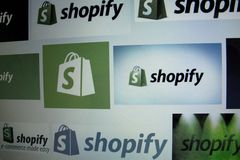 How will congressional gridlock play out for investors? History has something encouraging to say
Subscriber content
November 6, 2020 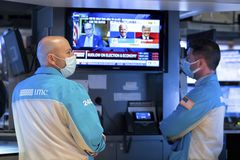