It was the week that inflation got the best of the stock market.

After a three-day global sell-off, however, stock markets regained their composure to end the week on a positive note. The S&P 500 index gained back more than two-thirds of what was lost to finish the week down by just 1.4 per cent, while the S&P/TSX Composite Index only dropped 0.5 per cent. But the inflation scare is clearly not over.

Rising prices are an inevitable by-product of the times, as the global economy reawakens from the stupor brought on by the COVID-19 pandemic. Pent-up demand combined with enduring supply constraints are exerting upward pressure on the prices of everything from couches to cars to copper.

Investors have good reason to fear more persistent inflation in the months ahead. That presents the risk that at some point, the U.S. Federal Reserve and other central banks may have no choice but to cool things off by reining in stimulus.

Near-zero interest rates and trillions of dollars pumped into the global financial system have served as stock-market rocket fuel, sustaining one of the most torrid bull runs on record. In the 14 months since the market crash hit its worst point, Canadian and U.S. benchmark indexes are well above their prepandemic highs, having gained 72 per cent and 87 per cent, respectively.

The updraft has spread across virtually every asset class, geography, sector and style, such that few pockets of the market now appear attractively valued by historical standards. The S&P 500 is trading around 22 times forward earnings, a lofty perch from which to fall, should enough investors become convinced that the spectre of inflation will force the Fed’s hand. 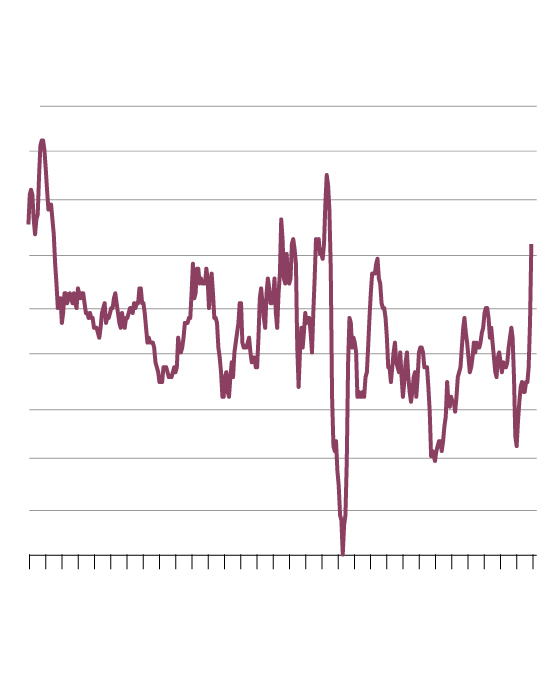 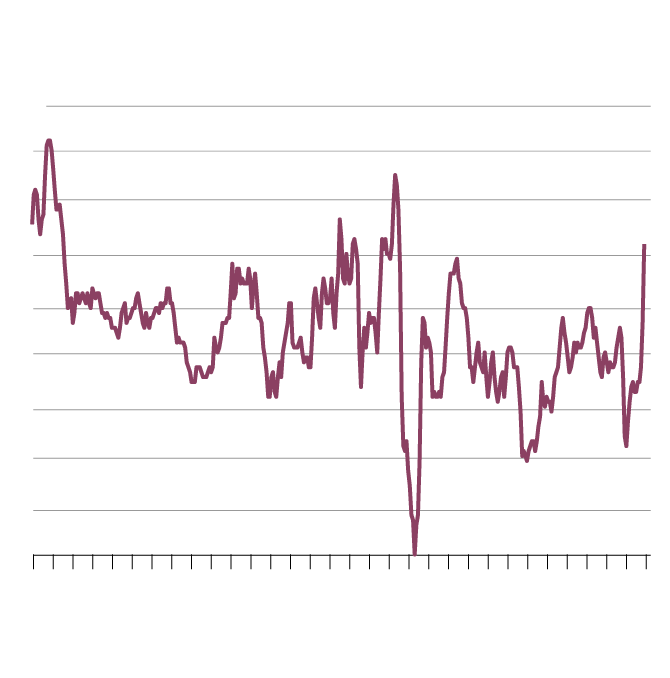 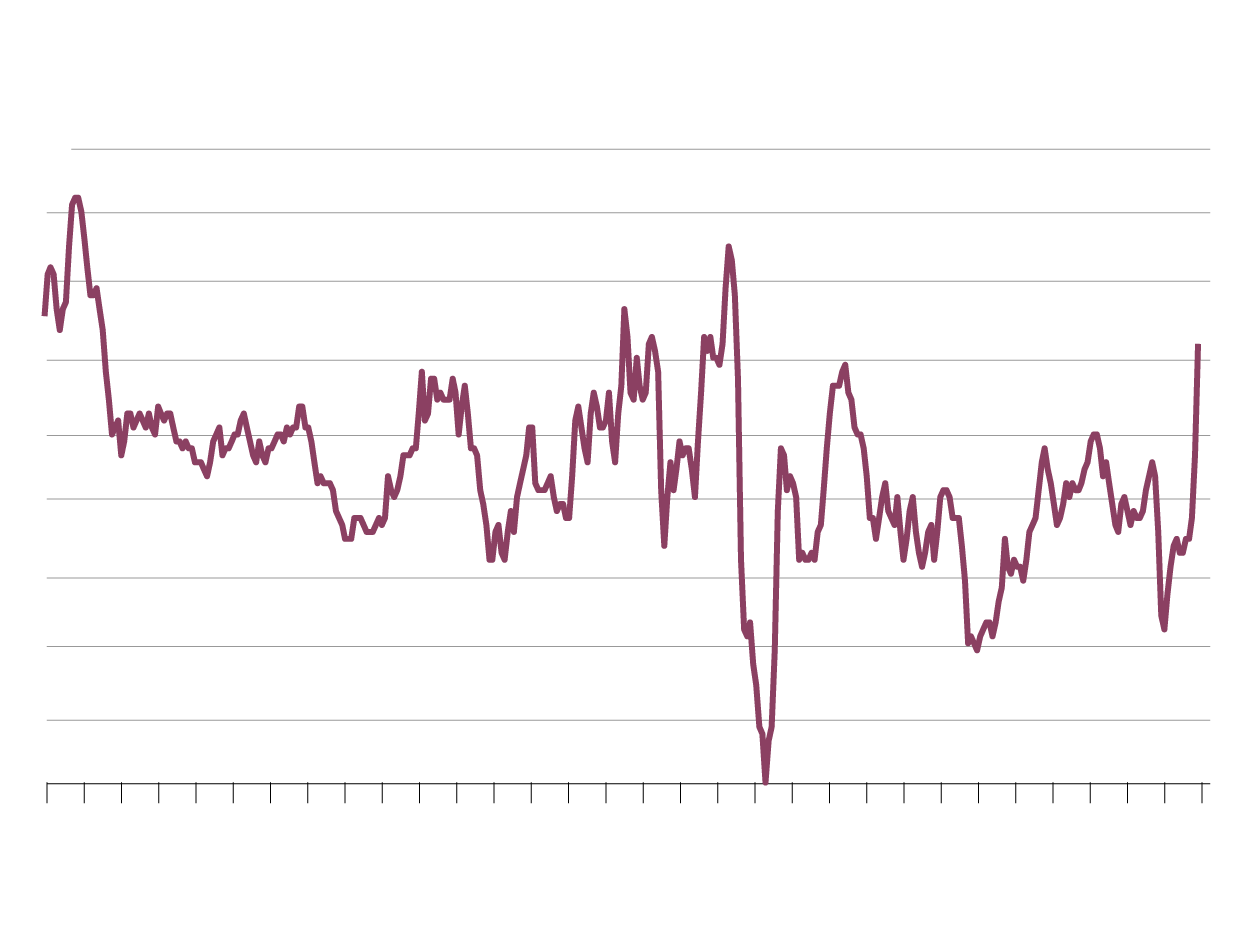 THE GLOBE AND MAIL, Source: U.S. Bureau of Labor Statistics

But at a closer look, the spike in prices is concentrated in industries hardest hit by the pandemic, like travel and hospitality. That makes the growing inflation pressure look less like a bear-market killer and more like the temporary side effect of a one-time, post-COVID reopening, according to some market pros.

“Until we get further along in the cycle, it represents more of a correction risk than a bear market risk,” said Tim Hayes, chief investment strategist at Ned Davis Research.

“The major drivers that have supported this bull market over the last year are still there.”

As it stands, stock-market bulls say inflation is no match for the forces on the other side of the ledger – the incredible amount of liquidity sloshing throughout the financial system, global earnings growth in excess of 35 per cent this year, and a burgeoning economic boom of historic proportions.

The vast monetary and fiscal firepower deployed to fight the financial and economic effects of the pandemic has stirred up a voracious appetite for any asset that might yield a decent return.

Household balance sheets are brimming with cash, while most savings and fixed-income instruments earn next to nothing. Canadian and U.S. 10-year bond yields currently sit at around 1.6 per cent.

In the five months up to the end of March, investors globally pumped more than half-a-trillion U.S. dollars into equity funds, eclipsing the combined inflows generated over the previous 12 years, according to a recent Bank of America report.

The risk-on mindset has not only driven global equity benchmarks deep into record territory, it has taken investor speculation to new heights across the spectrum of financial assets, including penny stocks, “meme” stocks such as GameStop Corp., non-fungible tokens, special-purpose acquisition companies, even vintage baseball cards.

In a statement attached to the U.S. Federal Reserve’s latest report on the state of the financial system, Fed Governor Lael Brainard struck an ominous tone over “vulnerabilities associated with elevated risk appetite.”

Virtually every commodity that can be traded has also recorded monumental price gains over the past year. White-hot real estate markets in the U.S. and Canada have given lumber futures a rare moment in the spotlight. Intense demand from homebuilders combined with tight supply lingering from pandemic shutdowns pushed prices to a record of US$1,733.50 per 1,000 board feet this week. That’s up from about US$260 around the start of the pandemic.

For old-school value investors, who might normally pounce on depressed valuations following a financial shock, the once-in-a-decade buying opportunity of March, 2020, was gone in the blink of an eye. “I thought we were going to buy a whole bunch of stuff cheap. But all that liquidity turned everything around pretty quickly,” said Gerald Connor, chairman of Cumberland Private Wealth Management in Toronto. “It just forces everybody to take more risk.”

Well, not everybody. Warren Buffett, who famously made billions on bets made during the global financial crisis, didn’t make any big moves this time around. “People ask why Warren Buffett didn’t step up to the plate,” Mr. Connor said. “He never got a pitch.”

Another American investing legend, Stanley Druckenmiller, lamented the exuberance pervading markets these days. “I have no doubt, none whatsoever, that we are in a raging mania in all assets,” Mr. Druckenmiller said this past week in an interview on CNBC. “I also have no doubt that I don’t have a clue when that’s going to end.”

The perpetual rising tide in pandemic-era investing has variably been called a “bubble,” a “melt-up,” and an “everything rally” by those predicting its untimely demise. Diverging from the market skeptics, many market bulls suggest this kind of euphoria might be appropriate for a unique economic moment.

“If ever there was a set-up for a stock market mania, this is it,” Ben Carlson of Ritholtz Wealth Management wrote in a recent blog post. The stock market is in a “rational bubble,” he said, fuelled by a decade of ultralow interest rates, solid household finances, strong equity returns in recent years, an unprecedented amount of stimulus and a surge in global growth. The challenge for investors is that valuing stocks is “more or less impossible,” Mr. Carlson said.

Consider the corporate earnings backdrop, a key component of valuation metrics. More than a year into the pandemic, analysts are still underestimating the rebound in the corporate sector by a huge margin. Roughly 87 per cent of S&P 500 companies beat the consensus estimate in the first quarter.

It’s not unusual for most companies to surprise to the upside in earnings season. On average, they beat estimates by 3.7 per cent, according to Refinitiv data. But in the first quarter, U.S. companies’ profit growth exceeded consensus by 22.9 per cent – the biggest beat on record. Even with unemployment relatively high and many industries still stifled by the pandemic, U.S. profits are at record highs.

Canadian first-quarter earnings season, meanwhile, is expected to see companies in the S&P/TSX Composite Index record a 56-per-cent increase over the first quarter of 2020. Excluding the energy sector, that number rises to 71 per cent.

On a global scale, earnings declined by 22 per cent last year, and are forecasted to rebound by 36 per cent this year. History suggests this is no time to bet against the stock market, Robert Buckland, global equity strategist at Citigroup, said in a note. “Being bearish in a 25-per-cent-plus [earnings] up-year is a thankless task,” he said, adding that investors should “buy the dips when they come along.”

While the biggest names on the market have generally posted strong first-quarter results, the small-cap segment has also generated strong earnings momentum in a challenging operating environment. “Where a lot of small companies have been able to beat expectations is in mitigating their decline,” said Saurabh Suryavanshi, a small-cap portfolio manager at Dixon Mitchell Investment Counsel. Good examples include Sleep Country Canada Holdings Inc. and Aritzia Inc., which moved a lot of their business online, and in doing so, blew past earnings forecasts.

The earnings boom is largely a product of strength in the underlying economy, which itself has outpaced economists and forecasters at every turn over the past year. “What’s really kept the market afloat, and is continuing to drive all-time highs, is the underlying current of the economy,” said James Telfser, a portfolio manager at Aventine Investment Counsel. “Banks, energy, materials and industrials – you’re getting deeper breadth from the stuff that really is driven by the economy.”

In 2020, it was mega-caps and Big Tech that sustained the market rally. This year, however, it is cyclical sectors that are doing the heavy lifting. Since a February peak, the NYSE FANG+ Index, which includes several giant tech and internet names, including Facebook Inc., Amazon.com Inc., Netflix Inc., and Google-parent Alphabet Inc., has declined by 14 per cent. Over the same period, the hyper-growth-focused ARK Innovation ETF has dropped by more than 34 per cent.

“That’s a crash, but the market was not fazed by that at all,” Mr. Telfser said. A lot of the froth we had early in the year has really come off. And that money has been recycled into the more economic sensitive, cyclical sectors.”

In other words, the stock market is evolving into what Mr. Hayes at Ned Davis Research calls a “secular bull,” which is characterized by a strong earnings cycle, synchronized global growth and double-digit average annual returns.

“The bull market has re-established itself.”

‘Canada could really have its day in the sun’: How the stars are aligning for the TSX
May 3, 2021
Copper, ‘the new oil,’ leads metals surge amid global economic rebound
April 28, 2021
Canadian dollar extends rally on Bank of Canada outlook, shrugs off big-spending federal budget
April 21, 2021