The Canadian dollar has embarked upon a strong recovery over the past 10 months, and some observers expect that the loonie’s flight will continue with a receding pandemic, stronger global economy and rising commodity prices.

The dollar traded against its U.S. counterpart just shy of 79 US cents on Wednesday, up from about 69 US cents in mid-March when financial markets were reeling over the potential economic toll from the pandemic.

“Our baseline forecast is that the global economy will recover quite strongly. As that becomes clear, it should continue to result in risky assets doing well, which is good for currencies like the Canadian dollar and the Australian dollar,” Mr. Brown said.

Indeed, the story behind the loonie’s rise really only touches on Canada and involves a number of other currencies – most notably the U.S. dollar.

The greenback served as haven during the tumultuous meltdown in February and March, when stock markets plummeted and investors took shelter from tremendous uncertainty.

But the U.S. dollar has since turned weaker as investors began to anticipate an economic recovery and exit their safety zones. Global stocks have surged. The price of West Texas Intermediate oil, a U.S. benchmark, has rebounded 70 per cent since March. And the price of copper has risen by 74 per cent.

“It’s U.S. dollar weakness more than Canadian dollar strength. If you take a look at pretty much any other currency in the world, you’ll see that they have strengthened notably against the U.S. dollar,” said Benjamin Reitzes, Canadian rates and macro strategist at Bank of Montreal.

He says he believes this relationship will continue: The direction of the Canadian dollar will be heavily dependent on the greenback, and the greenback will reflect the outlook for global economic activity and commodity prices.

What’s more, the U.S. Federal Reserve will likely keep interest rates very low for a very long time, even as inflation starts to appear, pushing investors toward riskier assets and currencies such as the Canadian dollar. And the loonie could gain further strength if the Bank of Canada reacts to domestic inflation and raises its key interest rate.

“The Bank of Canada doesn’t have the same constraints that the Federal Reserve does, in terms of raising rates. And that means that the market has priced the Bank of Canada not only to raise interest rates before the Fed, but to go further than the Fed,” said Ian Pollick, global head of fixed income, currencies and commodities strategy at Canadian Imperial Bank of Commerce.

Even the U.S. Senate race, where Democrats on Wednesday won two seats in Georgia and gained control of Congress, supports this trend: It bolsters chances the U.S. government will add more economic stimulus, which should fuel a stronger global economy and higher commodity prices.

But the direction of the Canadian dollar could see some bumps. Mr. Reitzes, for example, isn’t so sure that the loonie’s strength can persist without support from a weaker U.S. dollar.

“Commodity prices certainly help, but Canada has its fair share of challenges as well. We still have competitiveness issues here, and that’s something that really hasn’t gone away,” Mr. Reitzes said.

“When you look at it from that perspective, should the Canadian dollar stay consistently strong? The answer to that is probably no. It keeps us from getting overly bullish on Canada,” he added.

How 139 currencies performed against the Canadian dollar in 2020
Subscriber content
January 4, 2021 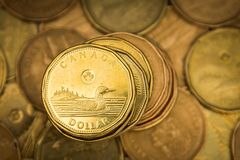