The 2010s will go down as an era dominated by high-tech and high-growth stocks, of which Canada had precious few. Going into the decade, hundreds of energy and materials listings collectively accounted for nearly half of the stock market’s total value.

Fattened up by the commodity boom of the 2000s, the oversized weighting in natural resources doomed Canadian equity performance as metals and energy prices tipped into a bear market.

The S&P/TSX Composite Index posted an average annual gain of 3.9 per cent for the 10 years to Dec. 20, a lacklustre result in a decade of steady, if slow, global economic growth. The S&P 500, by contrast, rose by a sizzling 11.2-per-cent per year, on average, and outshone the Canadian benchmark index in eight of 10 calendar years.

Stocks that contributed most to gains,

as a percentage of the 10-year rise in the index

Reversal of fortune: TSX has outperformed

U.S. stocks in only two of the past 10 years

Stocks that contributed most to gains,

as a percentage of the 10-year rise in the index

Reversal of fortune: TSX has outperformed

U.S. stocks in only two of the past 10 years 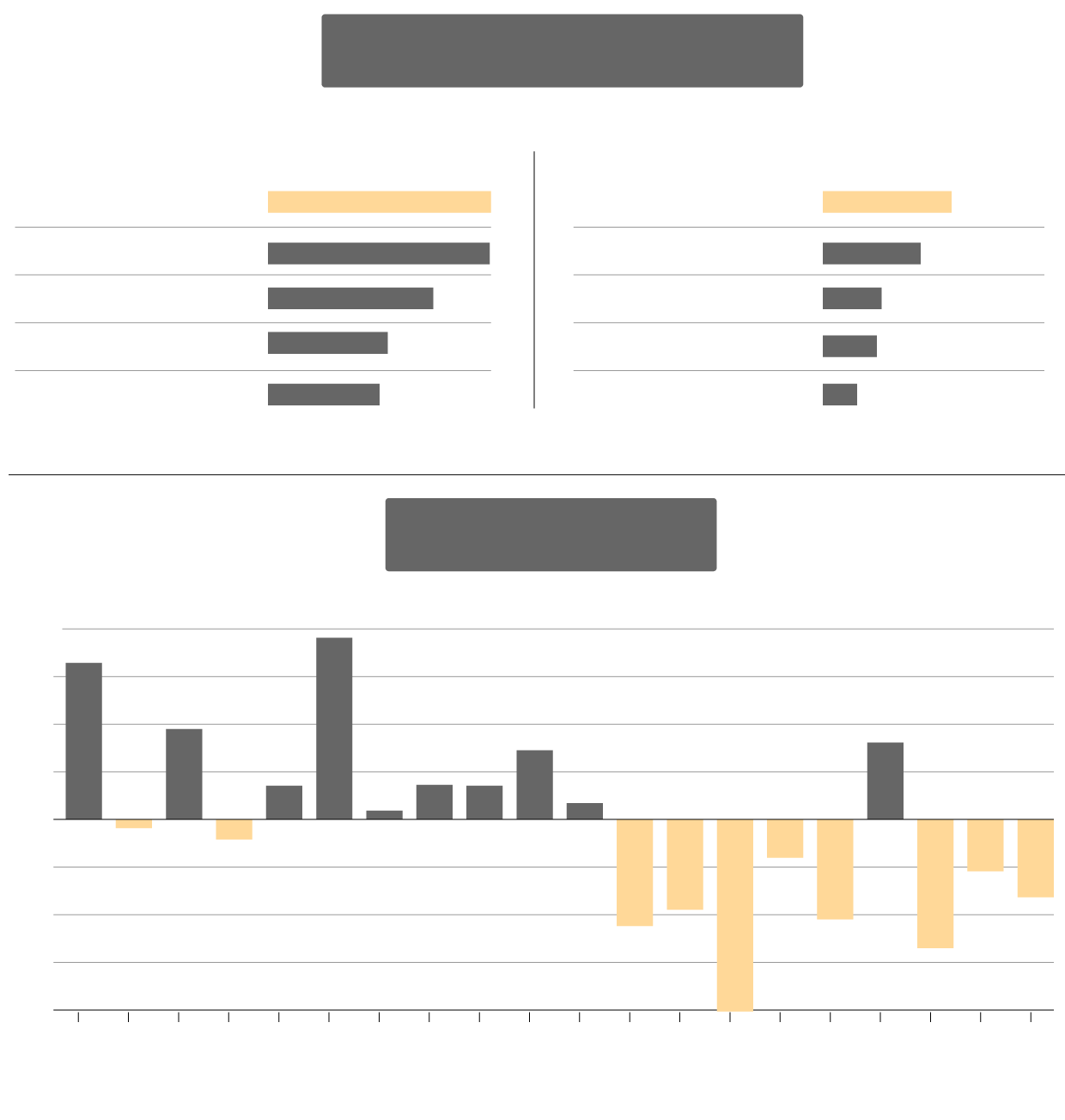 Stocks that contributed most to gains, as a percentage of the 10-year rise in the index

Reversal of fortune: TSX has outperformed U.S. stocks in only two of the past 10 years

The silver lining in all that domestic mediocrity is that the Canadian market is probably better positioned for the 2020s than it was for the 2010s. The carnage in commodity stocks has reduced Canada’s resource concentration, while valuations currently sit near historical lows.

“When commodities roll over, that scares foreign dollars away,” said Stephen Duench, vice-president and portfolio manager at AGF Investments. “At some point, the value attractiveness of the TSX, married with a healthier index composition, should bring some of those flows back.”

They used to love us. In the 2000s, foreign money flowed freely to Canada’s burgeoning roster of resource listings, many of them sustained by China’s insatiable demand for commodities.

It was a decade that played to Canada’s strengths, as the S&P/TSX Composite outperformed its U.S. counterpart by a huge margin.

But then the Chinese growth engine dropped a gear, the global economy failed to regain its prefinancial crisis pace of expansion, and what became known as the “commodity supercycle” came to an end.

In the energy sector, advances in tapping U.S. shale reserves led to surging production of oil and natural gas, which eventually swamped global demand. Oil prices, which spent much of the early years of the decade around US$100 a barrel, fell off a cliff about five years ago and have never recovered. That sent shares of Canadian energy producers into a tailspin and most continue to sputter today.

For Canada’s resource stocks, “you had a nearly 10-year run up and a 10-year run back down,” said Jason Mann, chief investment officer of Toronto-based Edgehill Partners. 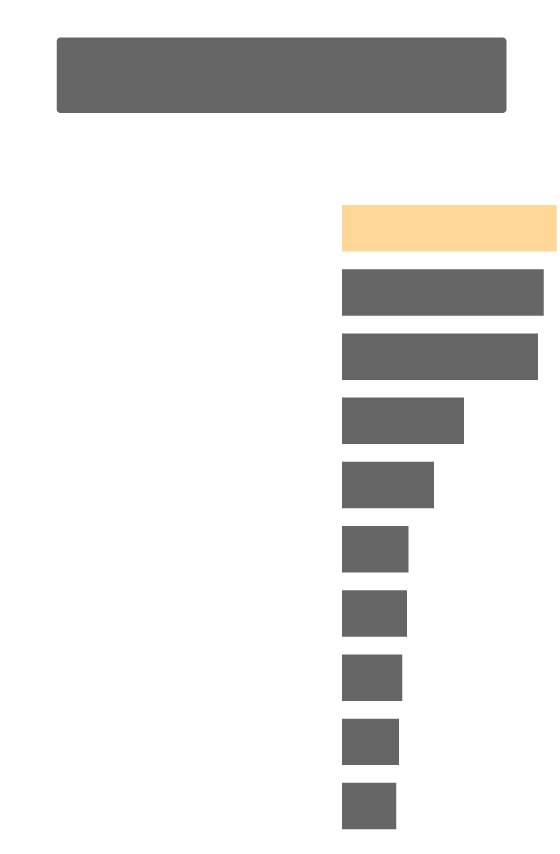 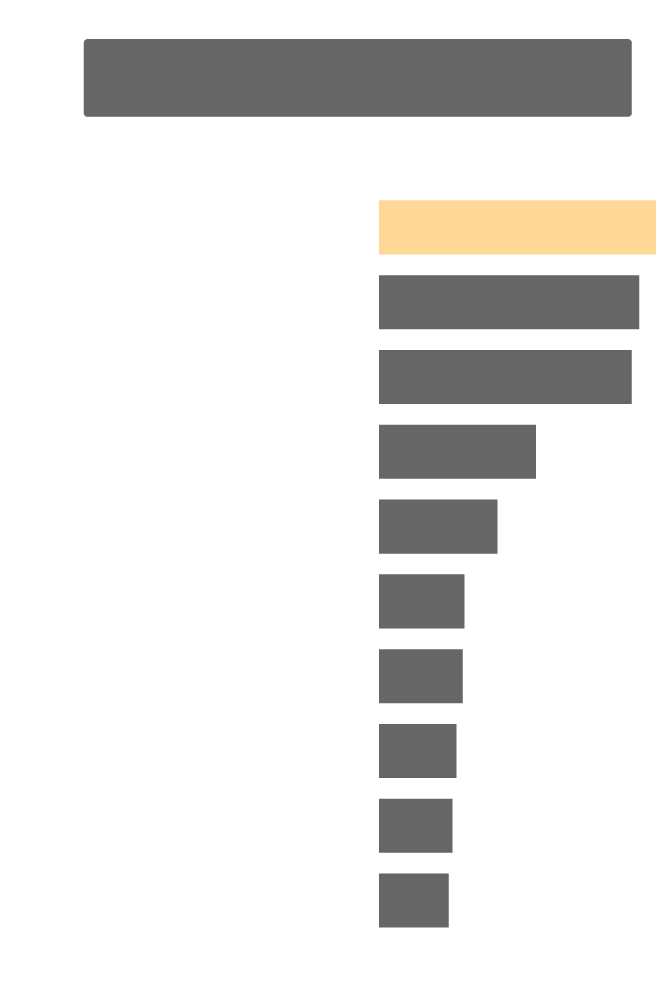 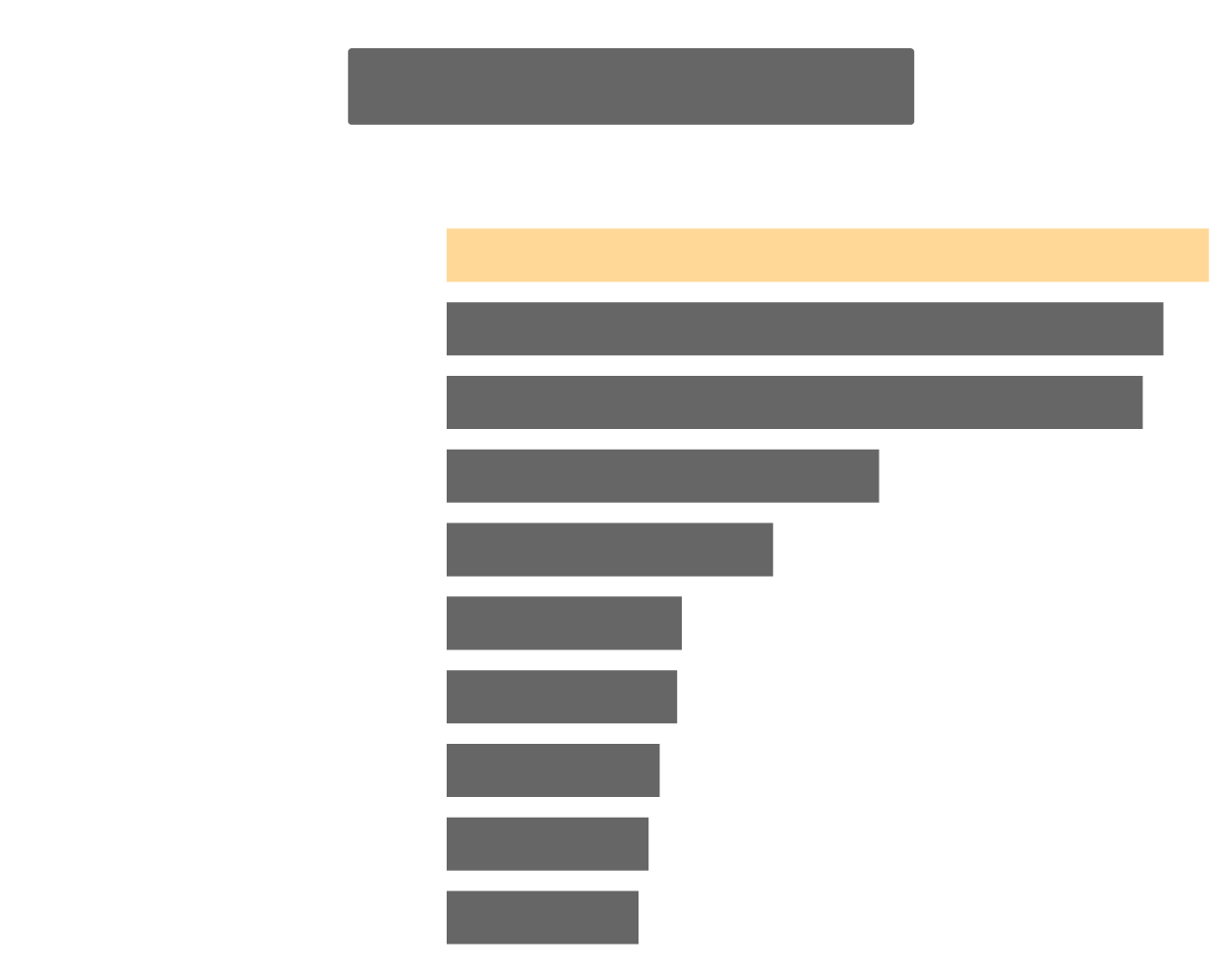 In the aftermath of the global financial crisis, a low-speed status quo settled over the global economy, whetting investors’ appetite for stocks that could grow quicker than the market. Into that breach stepped the giants of the U.S. tech and internet sectors.

Four of those companies – Apple Inc., Microsoft Corp., Amazon.com Inc., and Google-parent Alphabet Inc. – were the top four contributors to S&P 500 index returns over the past 10 years. Together, they now command an astonishing US$4.3-trillion in market capitalization, making them larger than the entire U.S. energy, materials, utilities and real estate sectors put together.

The shift in investor preferences toward growth exposed a crucial shortcoming of the Canadian stock market. “We seem to get stuck with these false growth companies like Valeant, or the cannabis trade,” Mr. Mann said. The bursting of the cannabis bubble has inflicted share price losses of around 65 per cent on the group as a whole, while the shares of Valeant Pharmaceuticals International Inc. (now Bausch Health Cos. Inc.) dropped by 90 per cent from their peak in 2015, when Valeant was briefly Canada’s largest publicly listed company.

Two pockets of Canadian strength prevented the decade from being a total bust – bank stocks and dividends.

After emerging from the global financial crisis relatively intact, Canada’s big banks would ultimately come to replace resources as the main drivers of the Canadian stock market. Of the returns generated by the S&P/TSX over the past 10 years, the Big Six banks are responsible for more than half.

Consistent share price and earnings performance, combined with growing dividends, have earned the banks a place of prominence in Canadian portfolios. “They all provide attractive yield, and they never cut their dividends in the financial crisis. They are now viewed as a stable source of income,” said Christine Poole, chief executive officer and managing director at GlobeInvest Capital Management.

Dividend stocks more generally, meanwhile, essentially salvaged the decade in Canada equity performance. After factoring in dividends, the Composite’s total return averaged 6.9 per cent per year, which is only about half of the S&P 500’s return, but is at least getting into respectable territory against long-term historical norms.

“Canadian CEOs realized that investors would pay for dividends and dividend growth,” Mr. Duench said. “And if you can identify the companies that are going to be growing their dividends, they will most likely outperform.”

The demand for yield is unlikely to relent, considering persistent low interest rates and the rising need for income among older Canadians. And while the U.S. is the clear venue for growth investors, Canada at least has the advantage of a higher-yield market in a low-yield world. The S&P/TSX Composite Index has a forward dividend yield of 3.3 per cent, compared with 1.9 per cent for S&P 500. 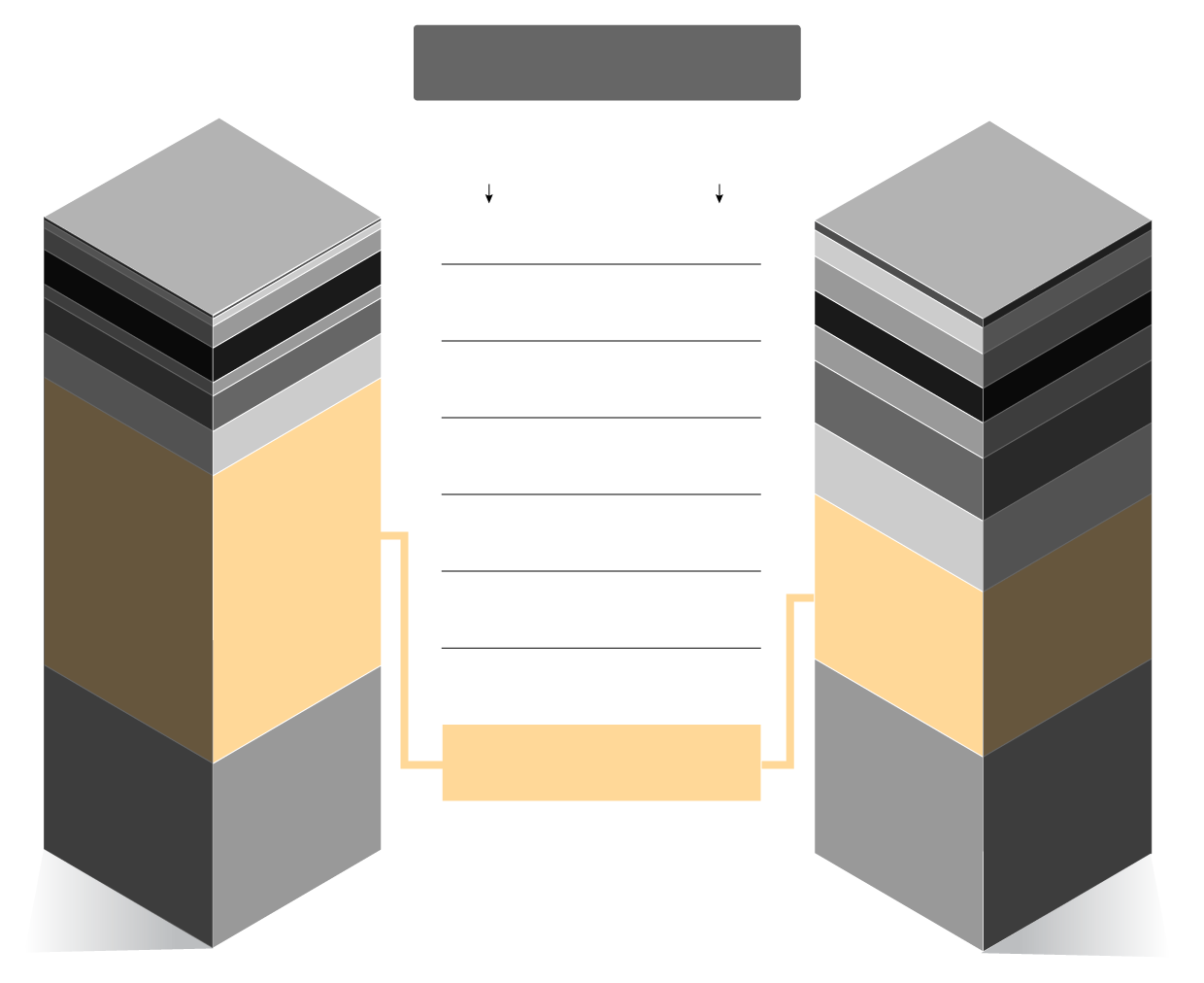 The TSX is also more balanced than it was at the turn of the last decade. While the ranks of domestic tech, consumer, and health care sectors are still fairly thin, the share of the market for resources has declined from 46 per cent in 2009 to 26 per cent today. That lost market share has been distributed fairly evenly among all the other sectors, leaving the Canadian stock market a somewhat more diversified space than it was back in 2010.

Can the big banks help propel the TSX to solid future gains? Recent earnings have flattened out, and the banks are susceptible to risks in the consumer sector, primarily Canada’s record-high household indebtedness. But that is partially offset by population growth fuelled by immigration, which helps sustain demand for consumer lending.

As for energy and mining, if and when value investing ever comes back into fashion, Canadian resources could once again prove a draw for international investment. “The resource sector is back to trough valuation levels where we saw them in 2000 before all of this got started,” Mr. Mann said. “That doesn’t mean they can’t get cheaper. But they’ve got a better shot than most of actually being outperformers.”

In fact, the Canadian market as a whole is on sale. The forward price-to-earnings multiple for the Canadian benchmark index is currently about 16.1 times estimated earnings for 2020, while the S&P 500 trades at 19.7 times. That gap is the widest it has been “in decades,” which is not a bad starting point for the decade about to begin, Mr. Duench said. “You can make the argument that the Canadian market is as attractive as it’s ever been – from a valuation standpoint.”