Christmas is fast approaching and Canadians are starting to dream about figgy puddings.

It’s also time for investors to prepare for the new year and to indulge in the holiday tradition of tax-loss selling.

Tax-loss selling is the practice of selling losers before the turn of the year to record a capital loss for tax purposes. Practically speaking, investors have to sell TSX-listed shares on or before Dec. 27 to lock in a loss this year. (John Heinzl highlighted the technique in Investor Clinic a few weeks ago.)

While it makes sense to sell losers before the end of the year, the rush to do so tends to put further pressure on the shares of firms that have already declined a great deal. Selling for tax rather than fundamental reasons piques the interest of bargain hunters who often view the last few weeks of the year as the stock market’s equivalent of a Boxing Day sale.

I recently scanned the market for potential bargains using S&P Capital IQ. I focused on dividend-paying stocks on the TSX that have lost more than 30 per cent over the past five years. Some 50 stocks fit the bill and they’re listed in the table below. As it happens, I own a few of them.

Income investors should be aware that the dividend yields highlighted in the table may not reflect recently announced dividend changes. It’s something you’ll notice when examining some of the top yielding stocks more closely.

Consider the case of Medical Facilities Corp. (DR-TSX). It’s a Canadian firm with a head office in Toronto that does business in the United States. It owns an interest in five specialty surgical hospitals and eight ambulatory surgery centres that are scattered across 11 states. It is a small-cap stock with a market capitalization of $138-million.

Income investors once relied on the firm’s steady monthly dividend of 9.375 cents a share, which it had paid for years. But S&P Capital IQ pegs its dividend yield at an astonishing 25.3 per cent based on the aforementioned rate. Investors are right to arch their eyebrows at such a figure.

Indeed, the firm recently fell on hard times. While Medical Facilities posted profits for years, its earnings turned negative this year owing largely to a couple of non-cash impairment charges. It also recently announced a dividend reduction, much to the chagrin of income investors.

The firm set its new quarterly dividend rate at 7 cents a share or 28 cents annually. That’s a good deal less than its old rate, which paid investors $1.125 a share annually. Ouch.

You won’t be surprised to learn that the firm’s share price took a drubbing this year. It fell from a 52-week high of $17.64 a share to close on Friday at $4.45. The firm’s yield, based on the new dividend rate and depressed share price, comes in at 6.3 per cent.

The dividend cut likely enraged a large fraction of the company’s shareholder base and prompted many to sell. Others might be keen to sell before the end of the year for tax reasons. My sympathies go out to long-time shareholders.

On the other hand, Medical Facilities is the sort of situation that attracts bargain hunters. It trades near book value and at 14 times average analyst earnings estimates for the next year. If the firm has put the worst behind it and there are no additional negative developments, it might do well from here.

I confess that I’ve not fully made up my mind about Medical Facilities and I do not currently own its stock. But it passes my further-research test as do many of the stocks in the online table. So, relax by the fire this holiday season, sip some eggnog, and take a look at the bargains the market has to offer. 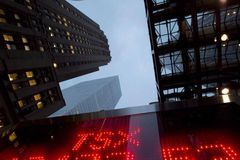 The week’s most oversold and overbought stocks on the TSX Subscriber content
December 6, 2019 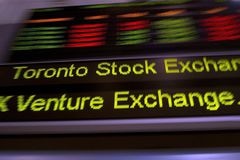 Market movers: Stocks that saw action on Friday - and why Subscriber content
December 6, 2019 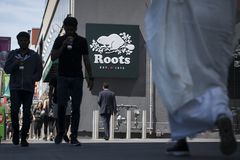