A husband and wife born on the same day came to insurance adviser Rino Racanelli recently for a meeting that turned into a lesson on the punitive economics of annuities for women.

Here, we have Part 1 of how women are treated differently than men with annuities. Because they’re expected to live longer and receive more in total payments, they receive less on a monthly basis.

Brace yourself for Part 2. The taxable portion of the husband’s annuity payments for a full year would be $723, compared with $800 for his spouse.

While he has never before had a couple with the same birthday as clients, Mr. Racanelli has many times had to explain the peculiarities of how non-registered annuities work for men and women. “Women don’t like it,” he said. “They say it’s not fair – ‘I’m getting less money and then I have to pay more tax.’”

Annuities are a contract with an insurance company to exchange a lump sum of money for monthly income that lasts as long as you live. Annuities are a problem-solver for retirees who lack pensions, but want pension-like security for some of their income flow. That means preset payments that are unaffected in any way by fluctuations in stock markets and interest rates.

Annuities make particular sense for women, who tend to live longer than men and thus have more need for an income source that can never be drained dry. But annuities are the rare investment product that treat men and women differently.

It all flows from the longer lifespans of women. The latest numbers on life expectancy at birth from Statistics Canada show that women can on average expect to live 84 years, compared with 79.9 on average for men. For Canadians who have reached the age of 65, numbers from the Organization for Economic Development and Co-operation (OECD) show women have another 22.1 years on average, while men have another 19.3.

The insurance industry’s reasoning for offering smaller payments to women is based on this difference in life expectancy. Women get less per payment, but collect for a longer period of years on average. Back in 2012, the European Union banned gender-based pricing for insurance products, including annuities, because it was discriminatory. But the practice persists in North America.

Mr. Racanelli said female clients understand the argument why they receive less money than men from annuities. But the tax aspect takes some explaining.

Taxation of payments from non-registered annuities reflects the fact that there are two components to this income. The payments annuitants get from their insurance companies come in one lump amount. But in the background, the insurer is dividing the payment into two categories: a return of the client’s own principal, which is not subject to tax, and a taxable portion that reflects investment gains generated by the insurer using money the client contributed to the annuity.

Whether received by men or women, non-registered annuity payments are mostly a return of the client’s money, with a small taxable amount. But the precise mix of taxable and non-taxable differs by gender. Because they live longer, women erode their own principal more slowly and thus get slightly more taxable income in their payments.

This explains the counterintuitive quote received by the spouses who were born on the same day and came to Mr. Racanelli for a quote on identical $100,000 annuities. The wife would receive $424 less a year from her annuity while receiving $77 more a year in taxable income. Note: These quotes are for prescribed annuities, where taxable income remains level for the life of the contract.

While there’s some inequity here, it’s important to note that taxation of non-registered annuity income for both men and women is quite favourable in comparison with income from conservative investments such as bonds or guaranteed investment certificates. All of the income from a bond or GIC is taxable, compared with only a small portion of an annuity payment.

One of the big challenges with annuities is deciding on the right age to start. Starting early gives you the opportunity to get good value from the annuity purchase because you’ll ideally draw on this income for decades. Delaying until you’re older increases the risk that you could die before getting all the money you paid into the annuity back in the form of monthly income.

Note: These quotes are for an annuity with a 10-year guarantee. One of the big worries with annuities is that you die not too long after buying and thereby forfeit the money you put into the annuity. A 10-year guarantee means that payments would be made to your beneficiaries if you died before the guarantee period was over.

Annuities for Men and Women

It's fairly well understood that women receive lower payments from annuities because they live longer. But with non-registered annuities, women also pay more taxes. Here are some examples for a $100,000 annuity:

Notes:
These annuities quotes include a 10-year guarantee of payments.
These are prescribed annuities, which means a level amount of taxable income every year. 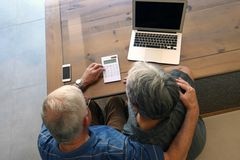 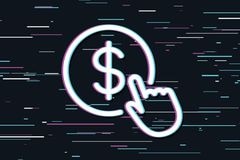 This strategy could have you thinking twice about the benefits of annuities Subscriber content
October 13, 2017 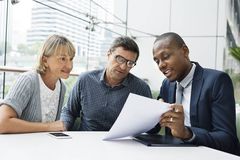