Has the stock market gone nuts? Not according to bank stocks, which languish well below their recent highs and reflect deep concerns about global economic activity and soaring unemployment.

Canada’s Big Six banks are down by an average of more than 18 per cent from their recent highs on Feb. 21. U.S. banks, represented by the KBW Bank Index, are down 34 per cent since mid-December.

The poor performance of these economically sensitive stocks stands in stark contrast to broader indexes, which have been on a tear for more than three months and are now closing in on their record highs.

The S&P 500, in particular, is now less than 5 per cent below its record high on Feb. 19 after being down as much as 34 per cent in March, due largely to surging tech stocks. Amazon.com Inc. has risen 58 per cent since the start of the year, while Microsoft Corp. and Apple Inc. have climbed about 30 per cent each.

Canada’s S&P/TSX Composite Index rose 1 per cent, closing above the 16,000-point threshold for the first time since early March. The index, where Shopify Inc. is now the largest weighting after the stock surged 144 per cent this year, is 10.6 per cent below its record high in February.

The gains have puzzled some observers given the grim economic outlook, uncertain corporate profits ahead and the troubling spike in U.S. COVID-19 infections.

“The coronavirus has disrupted the economy with breathtaking speed and severity. Although the initial rebound has been swift and powerful, the pace of recovery from here is highly uncertain,” David Kostin, chief U.S. equity strategist at Goldman Sachs, said in a note.

He added the S&P 500′s cyclically adjusted price-to-earnings ratio (or CAPE, which compares the level of the index with the average profits over the trailing 10 years, adjusted for inflation) is 26.5. That’s close to the highest valuation ever, outside of the tech bubble, and far higher than the 90-year average of 18.

Mr. Kostin expects the S&P 500 to end the year at 3,000, implying the index will fall nearly 7 per cent from its current level.

But the focus on the performance of the broader index misses an important nuance: Some key economically sensitive sectors, including real estate, financials and energy, remain far below their recent highs.

Big U.S. and Canadian banks underscore this point. Although they have recovered considerably from their lockdown lows in March, before central banks stepped in with extraordinary policies to ease concerns of a full-on financial crisis, bank stocks continue to reflect simmering concerns about loan losses and economic activity.

U.S. banks, which have been reporting their second-quarter financial results this week, are setting aside enormous amounts of money to cover potential losses on loans as consumers and businesses struggle to meet their debt obligations. At JPMorgan Chase & Co., Citigroup Inc., Wells Fargo & Co. and Goldman Sachs, provisions for credit losses surged to a combined total of about US$30-billion during the quarter.

As a result, profits suffered. Citigroup’s quarterly profit fell 73 per cent from last year, while Wells Fargo reported its first quarterly loss since the financial crisis in 2008 and slashed its dividend by 80 per cent.

Gerard Cassidy, an analyst at RBC Dominion Securities, cut his 2020 earnings estimate for Wells Fargo to a loss of 2 US cents a share from an estimated profit of 67 US cents a share previously.

Even after the three-month rebound by the S&P 500, Wells Fargo shares are down 53 per cent since the start of the year. JPMorgan shares are off nearly 30 per cent.

Canadian banks, which will report their fiscal third-quarter financial results at the end of August, are in similar terrain. Bank of Montreal is down nearly 25 per cent this year and Toronto-Dominion Bank is down 15.5 per cent.

Are investors blithely ignoring the economic damage caused by COVID-19? Bank stocks suggest that the mood remains far from upbeat. 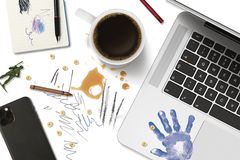 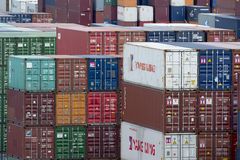