The best-performing investing style of the past decade is also the most reviled. You may want to think about that.

According to Standard & Poor’s Dow Jones Indices, the S&P 500 Buyback Index topped all its major index competitors over the past 10 years. This index, which tracks large U.S. companies that are buying back their own shares at an unusually fast clip, produced a 15.7-per-cent annualized return since 2009, well above the 13.4-per-cent return of the plain vanilla S&P 500.

It also surpassed growth stocks, dividend stocks, momentum stocks and minimum volatility stocks. As S&P noted in a report this week, “this decade was notable for the magnitude of capital returned to shareholders through dividends and buybacks, and the market’s enthusiasm for them.” You can say that again: For investors with a taste for buybacks, it was a golden decade.

What makes this trend rather surprising is the political backdrop. The buyback index has soared at exactly the same time as a growing number of left-leaning thinkers have been lining up to criticize the enthusiasm among U.S. and Canadian companies for buying back their own shares.

The critics argue that every dollar that a company spends on buying back shares is a dollar it is not spending on growing the company’s value. Many U.S. drug makers, for instance, spend more on share buybacks than on researching and developing new drugs, according to researchers affiliated with the Institute for New Economic Thinking. Financial engineering appears to take precedence over the fundamentals of the business.

Elizabeth Warren, one of the leading candidates for the Democratic nomination in next year’s U.S. presidential election, labels buybacks “a sugar high." She and others argue that buybacks encourage companies to underinvest in their productive capacity, creating a drag on economic growth.

Most of the benefit, they say, goes to senior executives with generous share options and grants. Buybacks essentially sop up the shares that are being issued to these executives so share prices aren’t diluted by the lavish stock options awarded to these fortunate few.

Maybe so, but defenders of buybacks point out that the strategy can make sense for everyone if companies purchase their own shares at times when the shares are particularly undervalued. It can also make sense if management simply can’t find attractive alternative ways to deploy its spare cash.

Buybacks, say their supporters, are essentially about cutting the same-sized pie in different ways. By reducing a company’s share count, they give each remaining shareholder a larger slice of the company’s future profits.

Whatever you make of this debate, it’s difficult to argue with the fine results of a buyback strategy over the past decade in the red-hot U.S. market. Anyone who invested in an exchange-traded fund that tracked a buyback index at the beginning of this period posted market-beating results.

So does that mean you should jump on board now? This is where things get tricky. While buyback strategies had a great decade, the past few years have been mediocre.

One lesson to take away from this is that strategies tend to do best when they are flying under the radar. The buyback index prospered most at a time when few people were paying attention to the growing propensity of companies to load up on their own shares. That is no longer true.

So what strategy is being ignored right now? Probably value investing, which stresses buying cheap stocks selling at low ratios to their earnings, cash flows and book value. It has suffered a miserable decade, although it has staged a mild rebound over the past three months.

The wonks at S&P point out that “the ratio between our Growth and Value indices recently bottomed out close to the level at which Value began its best period of performance, nearly 20 years ago.” If you’re seeking an investment strategy that few people are promoting these days, you may want to take a look in value’s direction.

Buybacks fuel a decade of gains 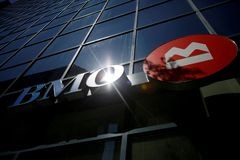 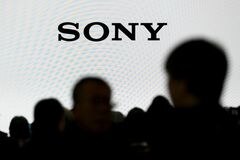 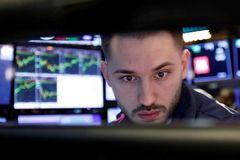