How low could bond yields go? This summer’s surprising plunge in the payoff from safe government bonds is raising questions about just how far interest rates may fall over the next few months and how long they may stay there.

A protracted period of ultralow yields could provide more fuel for red-hot housing markets in Canada and the United States. It could also continue to support a stock market that is already priced for perfection.

But lower-for-longer rates would be dismal news for pension funds, life insurance companies and anyone else trying to reap a dependable return from safe investments. They would confront investors with an ugly dilemma – either pile into stocks at some of the loftiest prices in history or buy bonds at today’s miserable yields.

If nothing else, the recent fall in bond yields demonstrates that investors should be wary of assuming how this very unusual recovery will proceed. In March, as economic growth surged and vaccination rates climbed, bond yields seemed destined to rise as they typically do when an economy is on the rebound. Most forecasters predicted the yield on the benchmark 10-year U.S. Treasury bond would surpass 2 per cent by year-end.

This has led to an unusual situation. Once an investor factors in the bite of inflation, now running at an annual pace of 3.6 per cent or more in both countries, real yields on these government bonds have slumped far into negative territory. In effect, buyers are signing up to lose purchasing power.

Yet forecasters don’t see any big change in the offing. Capital Economics, for instance, recently slashed its forecast for the year-end 10-year U.S. Treasury yield to 1.75 per cent from its previous call of 2.25 per cent. And future markets have signalled a continuing fall in expectations for future rate hikes.

Scott Minerd, global chief investment officer at Guggenheim Partners in New York, was one of the few to see this coming. He wrote a prescient analysis in March that predicted the robust bond yields then on offer would prove to be unsustainably high.

The flood of money gushing from stimulus programs would swamp the economy with cash, he wrote. The need to find somewhere to put that cash would result in a hunt for yield that would drive bond prices higher and pull yields lower. (Bond prices and bond yields move in opposite directions.)

Mr. Minerd told CNBC this month that several other factors are also contributing to the buying frenzy in bonds.

Foreign buyers are snapping up U.S. Treasuries because they offer higher yields than bonds in Europe or Japan. Insurance companies are buying bonds because of growing demand from small investors for annuity products based on bonds. Meanwhile, U.S. homeowners are prepaying their mortgages to take advantage of falling interest rates and all that money has to be redeployed, usually in bonds.

The yield on the 10-year Treasury will finish the year “easily under 1.5 per cent,” Mr. Minerd predicted. He added he would not be surprised to see 10-year yields tumble below 1 per cent over the next year.

A similar viewpoint comes from Louis Navellier of money manager Navellier & Associates. He argues the European Central Bank’s embrace of negative interest rates is forcing financial institutions everywhere to scrounge for any shred of positive yield. In a commentary this week, he said he expects the yield on the 10-year Treasury to fall below 1 per cent over the next 12 months.

What should investors make of all this? The good news is that falling bond yields appear to be more related to structural issues and technical factors than deep anxiety about the state of the recovery. While concern may be growing about the Delta variant and a Chinese slowdown, stock prices remain high and so do most economic readings.

But that doesn’t mean there is no reason to worry. At some point, bond investors are presumably going to want to earn a positive real return from their investment. Should the extraordinary demand for bonds wane, a sudden rise in bond yields could rattle home prices and stock valuations that are predicated on ultralow rates. 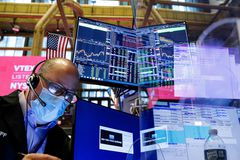 The one indicator that has provided the best guidance for stock investors is flashing a buy signal
Subscriber content
July 23, 2021 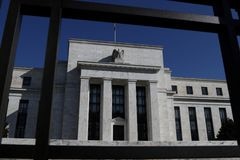