The explosive 270-per-cent jump in cobalt prices in the past five years has focused attention on the commodities that will benefit most from the environment-focused application of new technologies in power and transportation. Merrill Lynch analyst Michael Widmer believes that the theme extends far beyond cobalt and points to the palladium group of metals and nickel as other opportunities for commodity investors to benefit from the trend.

In a March 29 report, Mr. Widmer identified cobalt, platinum, palladium and nickel as “MIFTs” – metals important for future technologies. The accompanying chart shows the value of a US$1,000 investment in each metal beginning in April, 2013.

Cobalt, used in the manufacture of current battery technology, is clearly the star of the show, turning the US$1,000 into a bit less than US$3,700. Merrill Lynch thinks, however, that the commodity price might soon be a victim of its own success as “demand increases from [electric-vehicle] battery producers have helped push prices to levels that give every [cobalt-mining] operation globally very healthy margins. This is usually not sustainable and we note that exploration spending and production is increasing sufficiently to lift the market out of deficit in 2018/19.“

There is also a fascinating geopolitical dimension to cobalt that should keep the price volatile. The frequently unstable Democratic Republic of the Congo (DRC) is home to 48 per cent of current global cobalt supply. This fact did not go unnoticed by Chinese officials who agreed to invest US$9-billion in DRC infrastructure in exchange for guaranteed access to the African country’s cobalt and copper. The Merrill Lynch report quotes Ivan Glasenberg, Glencore PLC’s chief executive, who warned that “if cobalt falls into the hands of the Chinese, you won’t see [electric vehicles] produced in Europe, etc.”

Palladium is the next-best performer on the chart and the overall five-year results are not inspiring. The palladium price has, however, climbed 97 per cent from a February, 2016, low. The palladium price faces hurdles in the short term as South African mines continue to increase production and some auto makers switch to platinum for similar uses. (Either palladium or platinum can be used in the manufacture of catalytic converters, which lower auto emissions.)

Over the longer term, however, both palladium and platinum are expected to benefit from continued sales of internal combustion engine and hybrid vehicles. Merrill Lynch estimates that electric-car production will not gain significant global market share until at least 2025.

Importantly, China is now the largest auto market in the world, accounting for one-third of global sales, and the government is set to impose much more rigid emissions standards beginning in 2023. As a result, Merrill Lynch forecasts an increase in Chinese demand of between 500,000 and one million ounces of palladium or platinum beginning after 2019.

Nickel prices have declined over the time period on the chart and significant supply overhangs remain because of Indonesia and Philippine production. Merrill’s Mr. Widmer believes, however, that nickel’s use in vehicle batteries will see steady gains in demand over time. Also, the weaker price has caused a lack of investment in new supply that the analyst believes will result in a global deficit of nickel.

Unfortunately, there does not seem to be an immediate, obvious investment idea arising from the Merrill Lynch report. Some investors might consider riding the rally in cobalt prices, but will have to watch carefully for supply increases as new mines comes on stream and the surplus Mr. Widmer expects becomes reality.

Patient investors can slowly acquire positions in nickel, palladium or platinum when prices are weak in expectation of the electric-vehicle boom and new Chinese regulations.

It might be early for the alternative energy theme, but the best time for investors to prepare is well before the trend becomes evident in sustainable corporate profits. The identification of cobalt, palladium, platinum and nickel as systematically important for the future trends is a good start. 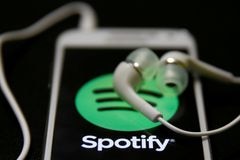 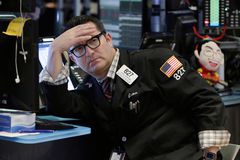 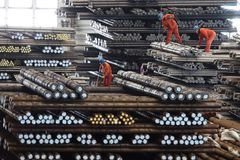