What is Canada’s most hated stock? Laurentian Bank of Canada, please step forward.

The Montreal-based lender is a standout – in a bad way – among analysts. According to Bloomberg, just one brave soul recommends the stock as a buy, among the 10 analysts who cover the bank. Four of the 10 analysts say the stock is a sell.

This is unusual. Analysts tend to have sunny dispositions toward most stocks, but lose hope in the case of companies where uncertainty is rife and quarterly disappointments are common. According to FactSet, about half of all ratings on companies in the S&P 500 are buys, while just more than 5 per cent are sells.

Why? In some cases, companies with low analyst ratings have very low expectations built into their share prices, leaving a lot of upside potential when things improve.

Laurentian is not alone in meeting overwhelming disapproval. Hudson’s Bay Co. isn’t liked either. Nor is Cronos Group Inc., Hydro One Ltd. and New Gold Inc.

We took two approaches in assessing analysts’ views on all 242 stocks within the S&P/TSX Composite Index, which led us to five stocks in particular. The first: We used a Bloomberg screen that looked at companies that had at least two analysts covering each stock. Bloomberg awards a “recommendation consensus” score, from one to five, for each stock; the lower the score, the weaker the recommendation. Laurentian Bank and HBC were tied, with scores of 2.5. Cronos, Hydro One and New Gold ranged between 2.62 and 2.65.

You can see why these stocks are out of favour. HBC is flailing because of continuing problems associated with consumer dissatisfaction with department stores. Cronos, a marijuana stock, is causing some analysts to recoil from a hefty valuation after a strong rally at the start of the year. And New Gold last year cut its gold production guidance for 2018 and reported higher costs at its Rainy River mine in Ontario.

A couple of these hated stocks are worth a deeper look, though.

Laurentian Bank, which is a popular target of short-sellers, has been attempting a transformation as it merges bricks-and-mortar bank branches, slashes its work force and deals with prolonged union negotiations (settled last month) – with the goal of boosting profitability down the road.

This doesn’t exactly scream buying opportunity. But the stock is cheap, trading at a mere 8.5 times trailing earnings; the dividend yield is high, at 6.3 per cent; and the share price is beaten up, down 32 per cent over the past 16 months. Perhaps this is a case where the low opinion among analysts means that the worst is over.

In the case of Hydro One (full disclosure: I own this stock), the low opinion flows from uncertainty. The stock began as an Ontario privatization play. It was initially led by a well-respected chief executive, Mayo Schmidt, who strove for efficiencies and North American expansion.

But Ontario’s Progressive Conservative government, led by Doug Ford, made Mr. Schmidt’s compensation a political issue. That led to the CEO’s departure last year and cancellation of Hydro One’s proposed $4.4-billion takeover of Avista Corp., a utility based in Spokane, Wash.

Although Hydro One appointed a new CEO in March, observers don’t know the extent to which Mr. Ford and his government will continue to interfere with the company as he attempts to drive down electricity prices.

“While we acknowledge efficiency improvements in 2018, ongoing governance concerns and the possibility of adverse outcomes as the province aims to reduce power costs keep us on the sidelines,” Robert Catellier, an analyst at CIBC World Markets, said in a note released after Hydro One released its fourth-quarter results in February.

Mr. Catellier has an “underperformer” recommendation on the stock, which is equivalent to sell. Avoiding the stock could very well be the right move, of course. But if you wait until analysts have upgraded the stock on better news, you’ll likely miss out on some big gains.

The good advisers out there did this for their clients in early 2019 Subscriber content
April 23, 2019 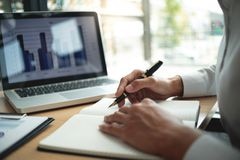 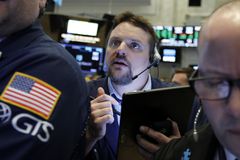 The real reason why stocks have done so well Subscriber content
April 22, 2019 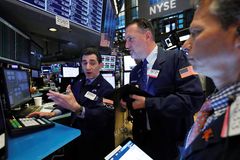