The dizzying climb in share price of Shopify Inc. that has made it Canada’s most valued stock may have many assuming the tech giant was the unrivalled leader for investment returns over the past few years on the Toronto Stock Exchange.

That would be a false assumption.

The stock with the greatest total returns over the past three years actually belongs to a largely low-profile mid-tier mining and exploration company that’s not in the S&P/TSX Composite Index and is followed by just a single analyst.

And it isn’t the only player in the centuries-old mining sector that has produced outsized returns at a time when flashy, fast-growing tech stocks have often dominated the market’s attention.

Some 14 of the top 30 stocks with the highest total returns over the past three years, up to June 30, belong to the mining sector, according to this year’s TSX30 list released Tuesday by the exchange.

Aura Minerals Inc. is at the very top of the list, boasting a return of 1,125 per cent over the past three years. The miner focuses on both the development and operation of gold and base metal projects in the Americas, and investors have been well rewarded for the company’s efforts in increasing its production and cash flow in recent years.

Shopify – which came in at the No. 1 spot on the TSX30 last year – comes next on the list, with a three-year return of 846 per cent. It’s followed by specialty insurance company Trisura Group Ltd. , returning 523 per cent.

“Mining went through a period of being out of favour,” notes Loui Anastasopoulos, president of Capital Formation for the TSX and Venture exchanges. “But we’ve seen that sector come back quite strongly over the last few years.”

Mr. Anastasopoulos attributes some of the sector’s rebound to the return of the “general investor” to the mining sector alongside a significant pickup in capital-raising activity.

Even though the metals sector is notoriously cyclical in nature and has benefited considerably from central banks unleashing huge stimulus measures during the pandemic, he thinks investors will continue to be awarded. For one thing, the inflationary pressures being seen in global economies is supportive for precious metals markets. For another, the surge in interest for electric vehicles and clean-energy solutions points to stronger demand for raw materials such as copper, lithium and nickel. “Based on that we believe we will continue to see great strength in the sector,” Mr. Anastasopoulos said in an interview.

All this isn’t to say the TSX has returned to the days when it’s first and foremost an exchange for the resource sector. Quite the contrary, Mr. Anastasopoulos said.

At the end of the second quarter of this year, for the first time ever, the combined market cap of the innovation sector on the TSX and TSX Venture exchanges, at $558-billion, surpassed that of the mining sector, at $544-billion. The innovation sector includes the subcategories of cleantech, life sciences and technology. Mining includes all exploration, development and royalty-streaming mining companies.

In less than five years, the TSX and TSXV innovation sectors have more than tripled in size.

“We’ll always be known for our strength in mining, but there’s no debate and no question our innovation franchise has caught the attention of the world,” he said.

While new listings and financings slowed down over the summer months for the TMX Group after a very busy first half of the year, Mr. Anastasopoulos said activity has already shown signs of a “marked increase” in early September. “It will be interesting to see if the investor demand follows. I think there was a bit of investor fatigue going into the summer, but early signs are that investor support is there and back.”

The TSX30 companies produced average shareholder adjusted returns of 302 per cent over the past three years. Many aren’t widely known to investors, with 11 stocks on the composite and only one making the TSX 60.

That means many index investors aren’t seeing the benefits on their portfolios of the TSX30 stocks, as many of the most widely held exchange-traded funds only track the composite and TSX 60.

Mr. Anastasopoulos doesn’t see a problem with that. “The index funds and the broad ETF offerings make a lot of sense for most portfolios,” he said. But the TSX30 list “could be used as another data point, as investors look to diversify their portfolios.”

Daniel Straus, director of ETFs and financial products research at National Bank of Canada, said it’s no surprise that most stocks with the highest returns come from smaller-cap companies that fall outside of the major indexes. “These naturally have more headroom to grow. However, it’s also the case that smaller companies also have the highest risk of getting delisted or going bust.”

He suggests that if investors feel they are missing out by only tracking the major indexes of the TSX, they could add a small cap or sector thematic ETF to their portfolios.

One example is the iShares S&P/TSX Smallcap Index ETF (XCS-T), which holds 200 companies, almost all of which are not in the S&P/TSX Composite, with sizes ranging from $66-million to $1-billion in market cap. Over the past year it has been outperforming the larger-cap composite, but over the long term it has lagged significantly – likely because its best-performing constituents leave the index and enter the composite after growing in market cap, Mr. Straus said.

The most oversold and overbought stocks on the TSX
Subscriber content
September 13, 2021 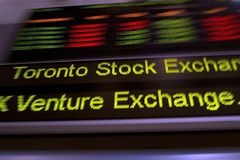 Why rising interest rates are such a threat to Canadian household finances. Plus, investors should buckle up for a volatile fall
September 13, 2021