Ian McGugan
Published May 20, 2021 Updated May 20, 2021
For Subscribers
Comments
Text Size
Please log in to listen to this story. Also available in French and Mandarin. Log In Create Free Account

Despite the turbulence that followed China’s crypto crackdown on Tuesday, true believers are unlikely to change course even if the world’s most populous country has declared war on their chosen asset class.

Crypto investors will maintain their enthusiasm for three reasons. (Just to be clear, these are not good reasons to get involved with crypto if you have avoided it so far. But they are reasons why people who are excited about crypto will probably stay excited.)

First, volatility is not always a bad thing. If you view your investment as a casino bet – and that seems to be a popular attitude in crypto land – then a big decline, like bitcoin’s 17-per-cent plunge over the past five days, just provides an opportunity to place more bets at a better price.

Second, many crypto investors are still sitting on big gains. A bitcoin investor who has tripled her money over the past 12 months, even after this week’s plunge, is likely to stick around to see what happens next.

Third, and most important: It is awfully tough to disappoint investors when an investment is designed to produce nothing in the way of cash or other payouts.

Stocks and bonds can be judged on the basis of their future dividends and yields. Home prices can be compared to how much value they deliver in comparison to paying rent. But bitcoin and its ilk? They deliver no dividends, no yield, no shelter. They can’t fall short of expectations in those areas because there are none.

Their primary payoff is psychological – the belief you own something other people covet. Exactly why folks should covet crypto is not entirely clear, but promoters have been endlessly inventive at creating new narratives to explain why popular demand will soon drive up the price of crypto tokens.

One way to view the crypto scene is a storytelling competition. A decade ago, the popular story was about how digital money would circumvent the banks that brought us the global financial crisis. Bitcoin was – at least, according to the libertarian rhetoric – about giving power back to the people.

Exactly how this new financial democracy was supposed to work was always a bit of a mystery. Miners and computer makers had enormous clout in the bitcoin world and couldn’t be voted in or out of their positions of power by popular sentiment.

So the story evolved. Bitcoin advocates liked to talk about their humanitarian mission – allowing migrant workers and others to instantly zap money across borders without paying fees to Western Union or a bank.

This was a worthwhile project. Unfortunately, it flopped in practice. Once transaction fees and other charges were paid, transferring money via bitcoin turned out to be no bargain. It wasn’t even guaranteed to be speedy.

So cue the latest story: Bitcoin is now digital gold. It isn’t to be used primarily for everyday transactions. It is a store of value, or so the story goes.

Accepting this narrative requires a willing suspension of disbelief. How can an entry on a digital ledger be permanently and reliably valuable? Unlike physical gold, bitcoin is not beautiful – heck, it’s not even tangible. Neither does it serve any hugely practical workaday function.

The notion seems to be that if enough people find the digital gold story plausible in theory, it will also become true in practice.

Some crypto enthusiasts argue this makes crypto just like fiat currencies, since both are useful only to the degree that people accept them. But that is not quite right: Fiat currencies have tax authorities, police forces and court systems to enforce their acceptance. Crypto has none of that.

Instead, it has an increasingly dirty reputation both for its rampant energy consumption and for its criminal associations.

Just this month, Colonial Pipeline acknowledged paying off hackers who had infiltrated its computer systems with roughly US$4.4-million in bitcoin. When it comes to such ransomware situations, the remote, pseudonymous nature of crypto makes it the getaway vehicle of choice for high-tech stick-up men.

So will concerns over such issues culminate in a crackdown? Chinese regulators hammered bitcoin’s price this week when they ordered domestic financial institutions not to accept crypto for payments or settlements and prohibited those institutions from offering any crypto-related financial products or services.

It’s highly unlikely that regulators in Canada and the U.S. will do anything similar, at least in the short term. Instead of cracking down, policy makers have spent the past year giving the green light to new crypto-related financial products. Until that changes, the crypto craze is likely to keep on running. 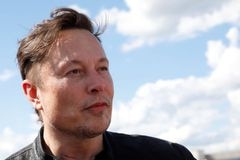 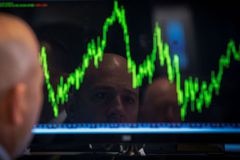