Acadian Timber Corp. is a small company with a low profile. But a recent ownership shakeup and the arrival of a new management team provide two reasons to give the stock a closer look.

A third reason: The stock’s dividend yield is 6.8 per cent.

The Vancouver-based company is a timberland operator in New Brunswick and Maine. It owns or manages a total of about 2.4 million acres of land, and makes most of its money through the harvesting of softwood and hardwood trees that it sells to mills either as sawlogs or pulpwood.

Timberland has long been seen as an attractive asset among many savvy endowments and pension funds: Steady returns are largely uncorrelated with the stock market, forests offer a hedge against inflation and trees grow more valuable with age.

Yale University has long been an enthusiastic investor, along with Harvard University. In Canada, British Columbia Investment Management Corp. and the Public Sector Pension Investment Board snapped up TimberWest Forest Corp. in 2011, giving the two large pension funds exposure to forests on the B.C. coast.

But the views underpinning timberland as an attractive asset class are facing challenges.

One challenge is coming from sluggish returns, which are being weighed down by low inflation, declining lumber prices and a glut of mature timber in some regions of the United States. The NCREIF Timberland Index, which reflects quarterly investment returns on U.S. properties held by institutional investors (mostly pension funds), showed a gain of just 2.95 per cent over the past four quarters, down from average annualized gains of nearly 8 per cent between 1995 and 2010.

Some well-heeled investors are growing impatient with their trees.

California Public Employees’ Retirement System, or CalPERS, sold most of its US$2-billion timberland portfolio last year after struggling with poor returns. Wake Forest University and Harvard are also trimming their exposure to the asset class.

At Acadian Timber, Brookfield Asset Management Inc. sold its 45-per-cent stake in August, at $17 a share, to Macer Forest Holdings Inc. The sale price is at the high end of the trading range for the stock over the previous five months and well above lows in December, after a sell-off.

But Acadian Timber shares traded for slightly more than $20 just more than a year ago, raising the question of whether investors should approach a stock that Brookfield doesn’t want.

The answer isn’t clear, given that Acadian Timber’s new owners and top executives haven’t said much about their strategy. The company declined an invitation to comment for this article.

So why give the stock a closer look?

For one thing, Brookfield’s exit may not be a warning sign. Its stake in the company, at $128-million, was small for a company the size of Brookfield, which has $385-billion in assets under management. Timberland was also a difficult fit with the company’s focus on global infrastructure, real estate and renewable energy.

Brookfield was more than an investor; it handled some asset management and administrative services for the company. By taking over these functions, Acadian Timber will save fees previously paid to Brookfield, which will boost free cash flow by about 5 per cent, according to company estimates.

As well, the new top leadership at Acadian Timber have considerable experience, which should ease concerns about the direction of the company.

The interim chief executive, Erika Reilly, is a senior vice-president at Brookfield and former chief financial officer at Acadian Timber, providing some continuity during the handover. The new chairman is Malcolm Cockwell, who is a forester, a director at Acadian Timber since 2018 and the managing director at Haliburton Forest & Wild Life Reserve Ltd. in Ontario.

Many investors will probably want to wait for some clarity from this new leadership before buying the stock. But those who thrive on uncertainty will be rewarded with a hefty dividend and an out-of-favour asset class that will continue to grow. 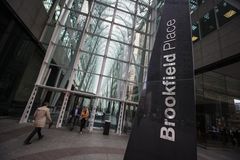